A dog groomer has been fired after a customer secretly filmed her hitting and yanking a tiny puppy.

The distressing footage shows the PetSmart worker handling the dog roughly as she clips and combs her coat during the $45 grooming service.

Horrified owner Brooke Vowers said she felt ‘betrayed’ when she saw how her one-year-old Shih Tzu Luna was treated, and she revealed the pup has been scared ever since. 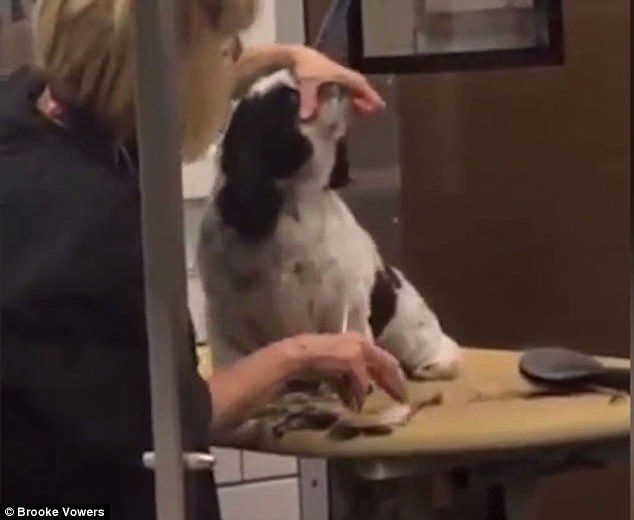 Horrific: A PetSmart groomer has been fired after a customer filmed her abusing a one-year-old Shih Tzu named Luna during the $45 service 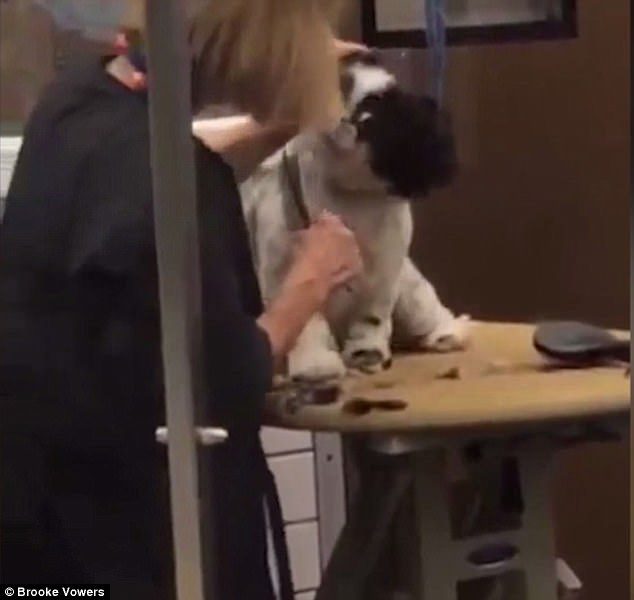 The 22-year-old had dropped Luna – nicknamed Boo – off at her local branch of PetSmart in Katy, Texas, on Thursday afternoon for pampering.

‘The groomer was very friendly and nice when I dropped Luna off,’ Brooke said. ‘I came and got her about four hours later and asked her how it went.

‘She said, “Good, she was a sweetie but likes to move around a lot.” I paid and thanked her and walked out the door.

But as Brooke left the store, fellow customer Terah Leder, 22, stopped her and said she had seen her pet being handled roughly.

‘She said she had been waiting for me because she had witnessed the groomer mistreating my dog terribly,’ Brooke said.

‘I was in shock and thanked her for the info. I got in my car and called the groomer asking about this. 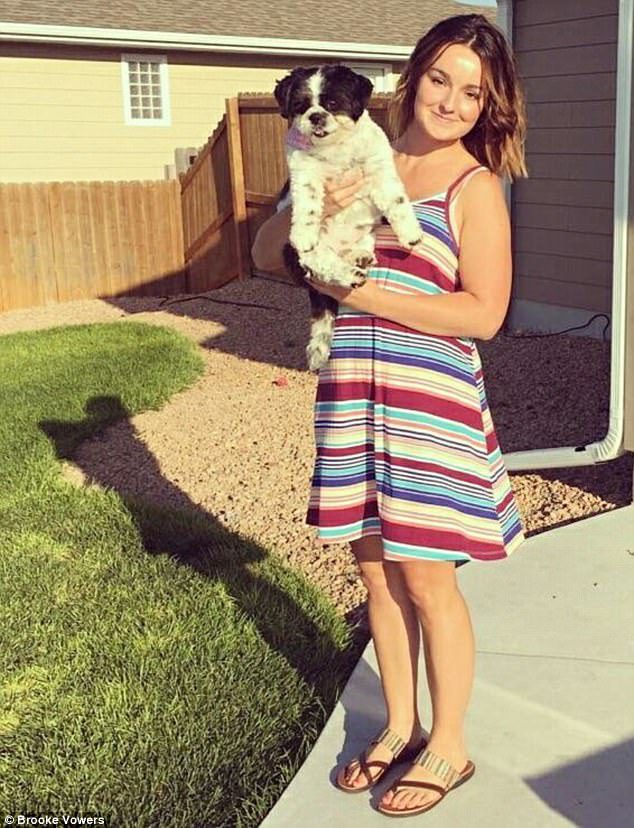 Betrayed: Brooke Vowers, 22, was shocked when a fellow customer came up to her at the local PetSmart in Katy, Texas, and said her dog had been handled roughly 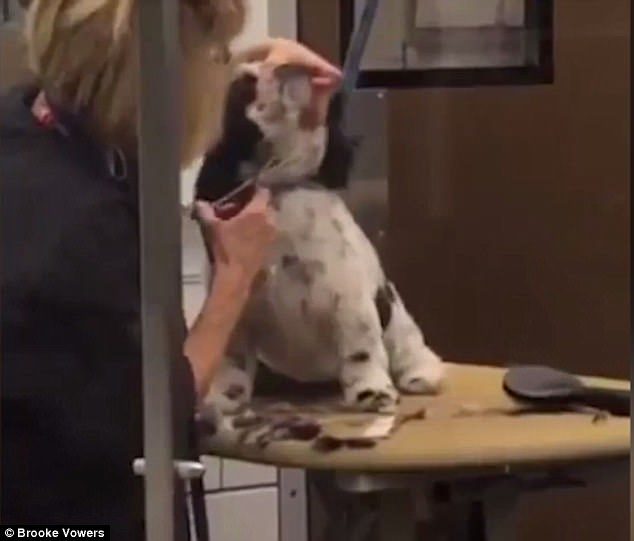 Disgusted: The customer sent her a video of the rough handling, and Brook said she felt ‘betrayed’ when she saw how her dog was treated

‘She said Luna was “biting her” and needed extra force and she thought the girl misunderstood how dog grooming was.

‘She explained how she loved dogs and had been doing this for ten years and apologized,’ she recalled.

‘I told her to thank you and that it must have been a misunderstanding, but I just wanted to make sure everything was okay.

But when Terah sent her a video of the incident she says she quickly realized the groomer had been lying.

‘I was in shock when I saw the video. I would never have guessed the lady would do such a thing – she was very personable,’ Brook said.

‘I felt very betrayed that I trusted her with my dog and paid for a service,’ she added. ‘I think she should never be allowed to work with pets again and no one else should go through this. 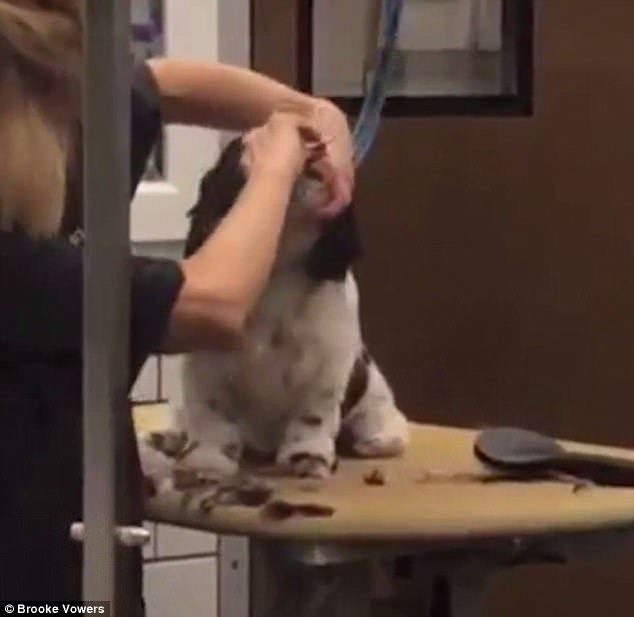 Sharing her story: Brooke took to Facebook on Thursday to share the footage, which has been viewed more than 399,000 times. 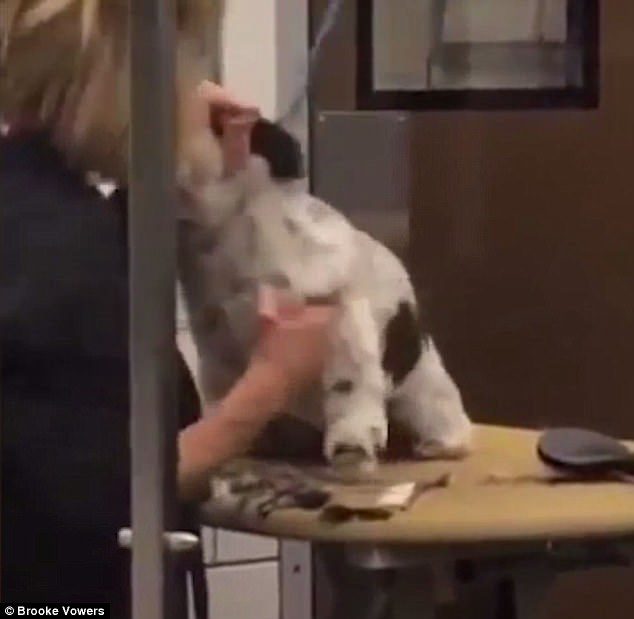 Justice? PetSmart confirmed on Friday morning that the groomer, who signed off Luna’s grooming report using the name ‘Charlotte,’ has been fired.

‘Luna is OK, she’s just scared. She has been acting timid ever since and she hid under the bed today, which she never does.’

Brooke said she used Petsmart regularly in Sidney, Nebraska, where she lived before moving to Texas. It was her first time visiting the Katy store.

She took to Facebook on Thursday to share the disturbing footage, which has been viewed more than 399,000 times.

PetSmart confirmed on Friday morning that the groomer, who signed off Luna’s grooming report using the name ‘Charlotte,’ has been fired.

‘This treatment is completely unacceptable and will not be tolerated. The associate is no longer with PetSmart,’ a spokeswoman said.

Brooke said that PetSmart should install cameras in the grooming rooms and ‘pick more quality workers’ to prevent this from happening to other dogs. 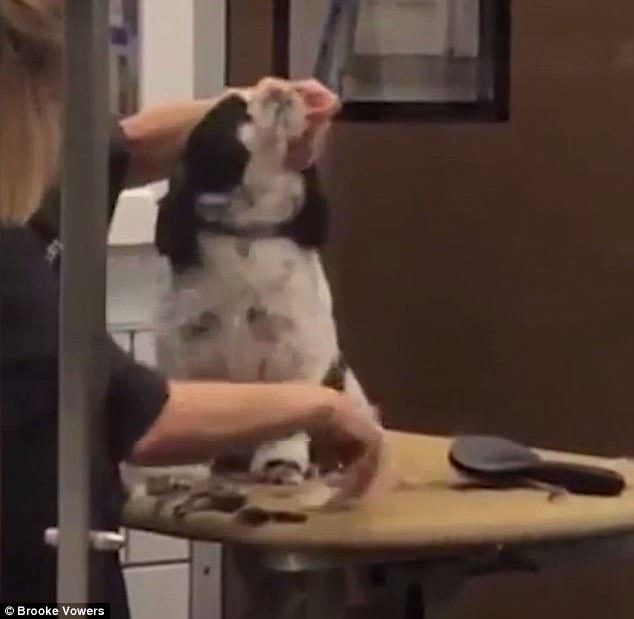 Harsh treatment: Terah Leder, the customer who filmed the mishandling, said the groomer was ripping out the tangles in the dog’s coat instead of brushing through them 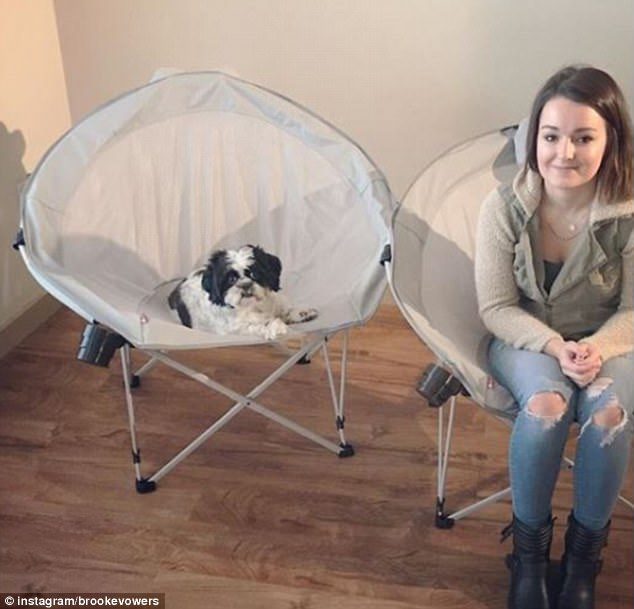 Terah, an entrepreneur from Houston, Texas, was at the store with her rescue dog Leah when she saw the groomer being ‘aggressive’ with another pooch.

‘She had an ugly face on and seemed miserable,’ Terah recalled. ‘The way she was brushing the dog’s hair – if there were any tangles they would have been ripped out instead of combed through.

‘I decided to stick around and start filming. It was hard to watch,’ she admitted. ‘If I sat down at a hair salon and someone was pulling my hair like that we would have had a fistfight. It was ridiculous.’

Terah waited about 30 minutes for the dog’s owner to show up to report what she had seen.

‘Honestly, I’m happy she has been fired because it probably saved a lot of dogs from being hurt like that,’ Terah said.

‘That dog didn’t deserve that and I would be worried to leave any other dogs with her.’