Home
Humanity
Woman Never Expected To Learn She Is Pregnant

What I have posted, is something that not many people know. All I ask is that you do not judge. If you don’t have anything kind to say, don’t say anything. The point of this post is to share my story. Not to throw myself under the bus. One year ago today, I took a test that came back positive. A test that changed my life. I found out that I was pregnant. While normally that is something that would bring about joy, I felt the exact opposite. I was beyond horrified. How would I tell my parents? What would his family say? What would my friends think? How would Taylor react? Would I ever forgive myself? I cried for hours contemplating what I should do. I had never condoned abortion, but at that moment, I was stuck. I could easily walk away from the embarrassment and shame I began to feel. I could back out now. I could pretend nothing ever happened. Or could I? 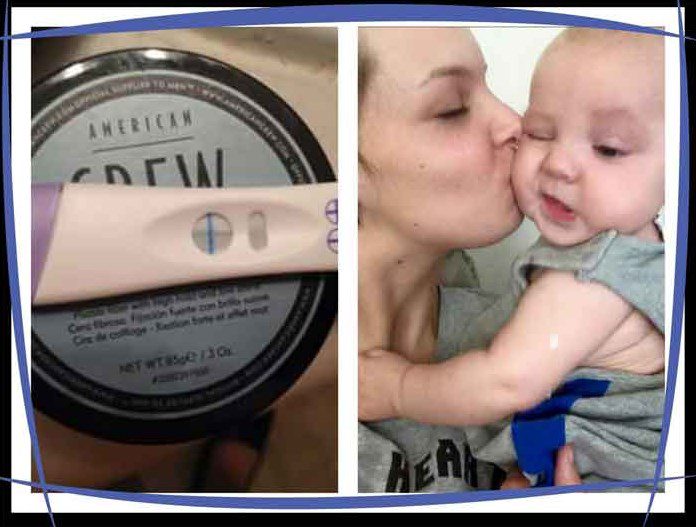 For months I struggled with what I had done. I mean, I was raised in a Christian home and had done everything I was taught not to do. And keeping something so big, a secret because I was selfish. I was depressed. Every time I attempted to make an appointment for an abortion at planned parenthood, something would always prohibit me from successfully doing so. Whether it was timing, money, commitments, nervousness, or chickening out, I could never get it done.

But God But God BUT GOD!!

I was in the car one afternoon, headed to work, and a man named Matt Hammitt had been talking on the radio. He was talking about his new song “All of Me.” The song speaks of a father dreading the loss of a child saying, “I’m afraid to love, something that could break. Could I move on, if you were torn away.” Those words broke me. I was so ashamed of myself for considering taking my child’s life because I was scared. Because I didn’t want to deal with the embarrassment.

It was at that moment that I realized I didn’t want anything but Bentley. I wanted to have him, and not only have him but keep him. I sang that song to him almost every night, since that moment, and I am beyond thankful I did. It kept me with the mindset I needed to get through. Through all of the shameful remarks that were made, looks of judgment, lack of acceptance, God was there. He provided the people I needed, to help me through. Those people gave me words of encouragement, provided prayers, gave me hugs, gave me their time, showed unconditional love, strength, wisdom, forgiveness, etc. I am so thankful that God got me through a nonideal situation, and provided me with a gift that I am so undeserving of. I thank God for Bentley.

And I thank God for Taylor. He could have easily walked away. But he didn’t. And I love him for it. So much.