A woman who has had the word vegan tattooed on her forehead has sparked a barrage of negative comments – with many branding her unemployable.

Kate Bullen, from Preston, who also goes by the name Kate Allen, revealed her latest body art in a simple Twitter message, telling her followers: ‘Got a suicide awareness and vegan tattoo today, love ’em.’

The accompanying image shows the word ‘vegan’ written in large, ornate letters on Bullen’s forehead, above her right eyebrow. 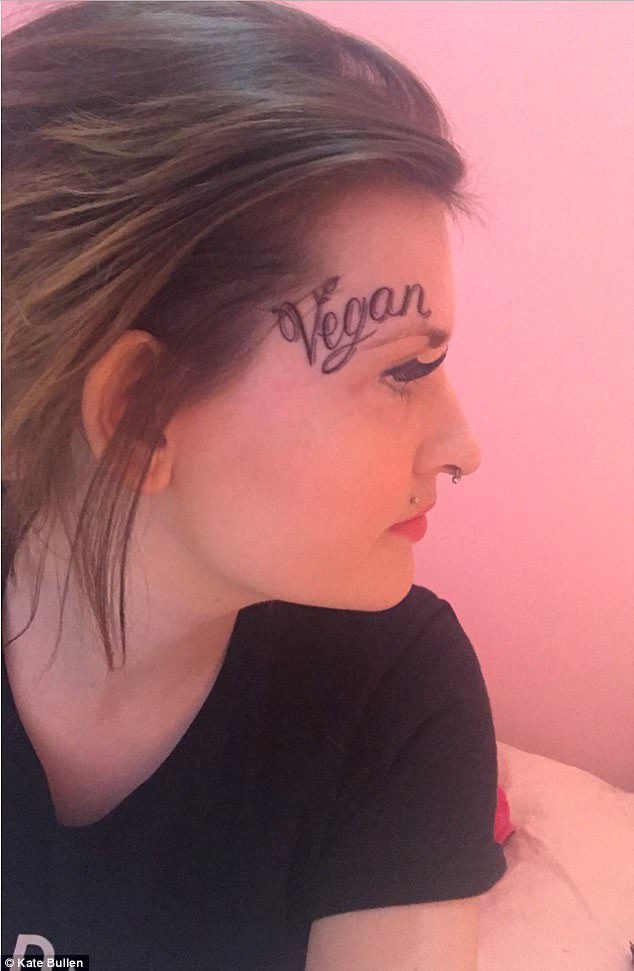 Kate Bullen, also known as Kate Alice, from Preston, revealed that she’d had the word vegan written across her right eyebrow to show how passionate she is about her strict diet 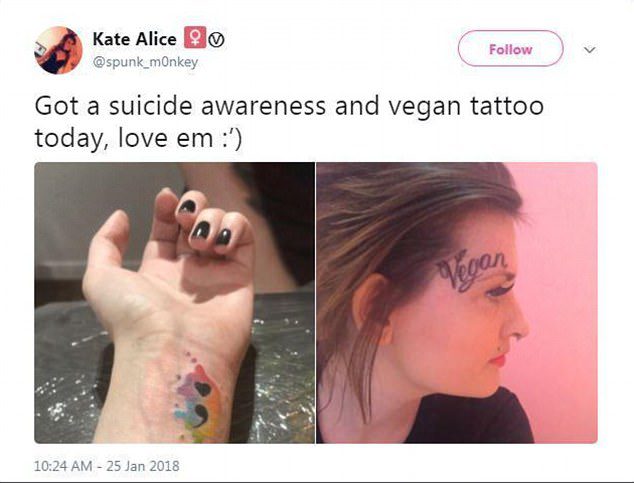 When Bullen revealed that she’d had two new inkings, the tattoo on her face quickly prompted a barrage of negative comments

Many who spotted the photograph didn’t hold back in telling Bullen what they thought of the unique face art, with many saying she would live to regret it and calling her ‘unemployable’.

One detractor, @Jenks_1993, wrote: ‘Why the f*** would you get the word vegan written on your face in big letters?’

Another critic, @LFC413 surmised: ‘That tattoo is gonna look fantastic when she turns 70’

Bullen remained defiant though, posting a strap across the image explaining her motivation, saying: ‘so I don’t have to tell people I’m vegan every five minutes.’

She explained to Lad Bible that she wanted people to see how passionate she was about her diet choices.

‘I chose to get this tattoo as I’m incredibly passionate about veganism and know I’ll be vegan for life.’‘

‘Of course, the tattoo on my face received quite a lot of negative reactions because people seem to get upset when they see the word “vegan”. 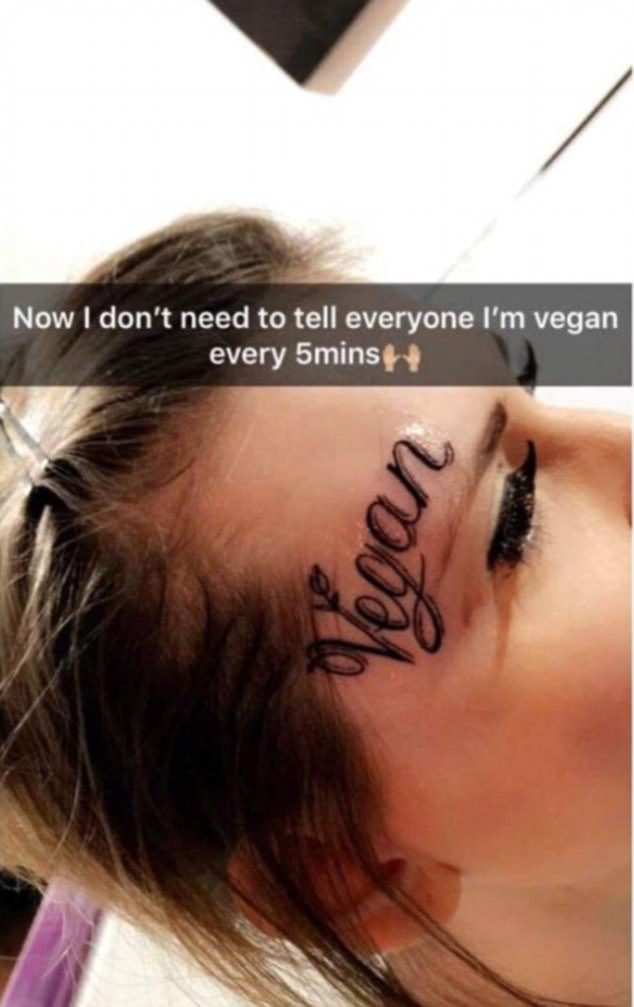 Reasons: The tattoo fan says she regrets nothing and enjoys the fact that she doesn’t have to ‘come out’ as a vegan ‘every five minutes’ 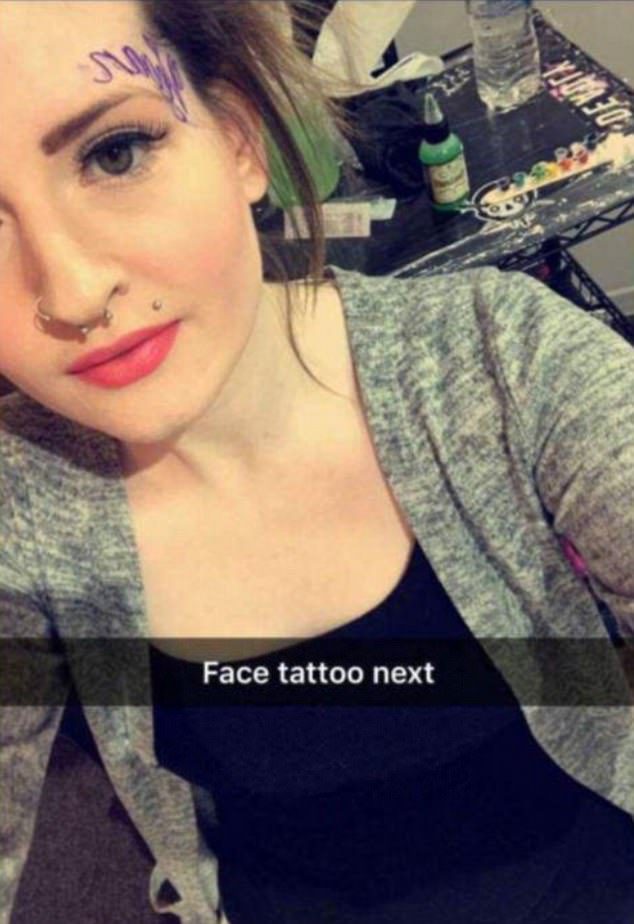 Bullen’s tattoo artist, who also received negative reaction after doing the inking, hit back at detractors on Facebook

And on the suggestions that the word may put off future employers, Bullen hit back: ‘I’ve had a lot of comments saying I’m unemployable which doesn’t matter to me since I’ve been self-employed since I was 18 and it’s easy to cover with makeup and a fringe.’

She added: “I primarily went vegan a few years ago because of empathy for the animals, and I’m still learning about how eating meat is so harmful to the planet and contributing towards world hunger and so many illnesses in humans.’

Elsewhere, lots of people defended Bullen’s right to choose what she puts on her face.

On Facebook, Bridiñ Caira Anita Flynn wrote: ‘I think its good. People have the right to express what they believe in any way.’

And her tattoo artist, Jordan McCrea, also took to social media to defend her client’s choice of body art after being bombarded with a slew of critical comments.

She said: ‘I really respect her for fighting for what she believes in and being proud to show it off.

McCrea slammed those who passed negative comment, saying: ‘Who is anyone to take the p*** out of what someone chooses to eat, never mind their reasons or what they do to show they’re proud of it.’