A mother-of-two has welcomed five new babies to the family when she successfully delivered quintuplets despite a battle with her insurance company for specialized care.

Amy, 34, and Chad Kempel, 36, were desperate for an out-of-network doctor who specializes in delivering multiples after their insurance company denied their appeal and could not provide a doctor with that experience.

The couple from Mountain House, California, wrote to President Trump and lawmakers pleading for help to get a doctor who could deliver the quintuplets and ensure they had the best chance of life.

After suffering four miscarriages and losing twin boys born at 22 weeks, the couple was finally able to have two girls, aged three and one, but feared this high-risk pregnancy would end in heartbreak without the proper care.

Though their pleas went unanswered, Amy delivered three boys and two girls at 27 weeks on January 11 at an in-network hospital and the parents told Daily Mail Online that the babies are all healthy and in stable condition. 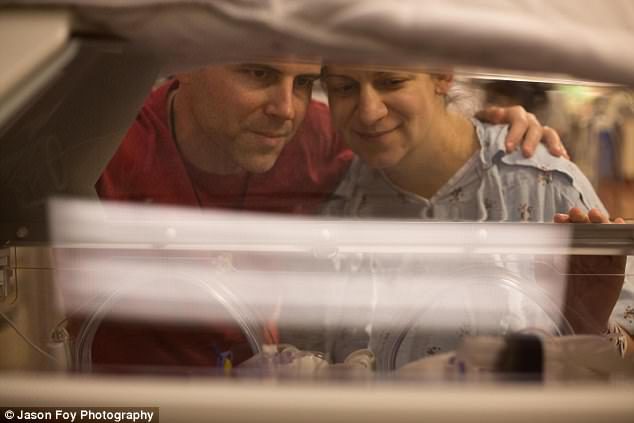 Chad, 36, and Amy Kempel, 34, look on at their premature quintuplets in the neonatal intensive care unit at Walnut Creek Medical Center after being born at 27 weeks 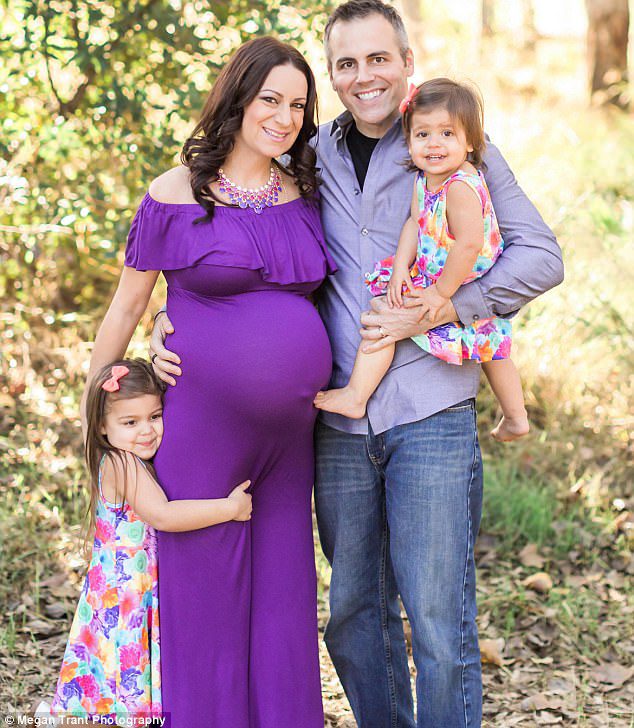 The family of four from California has grown to a family of nine, but the parents fear the worst for their babies after having four miscarriages and losing twins who were born prematurely 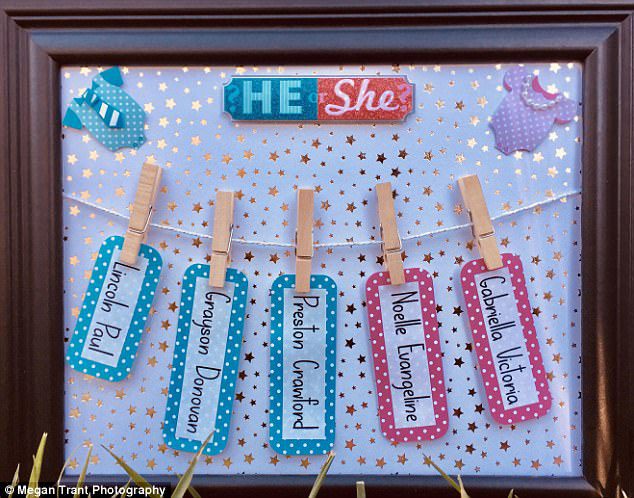 Amy had a c-section to deliver the quintuplets who weighed between 2lbs 5oz and 2lbs 12oz.

The infants will stay in the neonatal intensive care unit for about 10 weeks to be monitored.

Speaking to Daily Mail Online, Chad said: ‘So far everything’s going as well as it can at this point. There are no major complications, oxygen levels are good, brain scans showed they’re healthy but we’re still on edge every day.’

The couple’s nerves come from a history of heartbreak after suffering four miscarriages and losing twin boys when they were born at 22 weeks in 2013.

Amy, a stay-at-home mom, has an incompetent cervix, making it difficult to carry a baby to full term.

She underwent fertility treatments for all of her pregnancies including her daughters Savannah, three, and Avery, 18 months – who were born full term.

Having multiple babies in the womb increases the chance of premature birth which can cause serious health complications to the mother and permanent learning and development disabilities to the babies.

The couple was trying for their third and final child when they discovered they were pregnant with quintuplets early last year.

The news left them terrified.

They sought help to ensure their five children would have the best chance of survival and learned that their health insurance provider Kaiser Permanente did not provide doctors who specialized in multiple births.

‘Our only issue and the whole issue for the fight was the ability to stop labor when it starts and that’s not something they could do,’ Chad said.

They found a doctor in Arizona who could prolong labor for another three to five weeks and had commonly delivered quintuplets at 33 weeks in the past.

However, Kaiser denied their appeal stating their Walnut Creek Medical Center could provide ‘the necessary experience and resources (of) high-quality care.’

This prompted the couple to seek outside help, writing letters to President Trump, President Obama, and California lawmakers.

‘We thought we’re not going to let this happen again and make sure that Amy and those babies are going to be cared for by the best that we can find,’ Chad said.

They received a response from a local assembly member who said they would reach out to the company but it was not a guarantee.

‘In the end, we did not get the referral we wanted,’ Chad said. 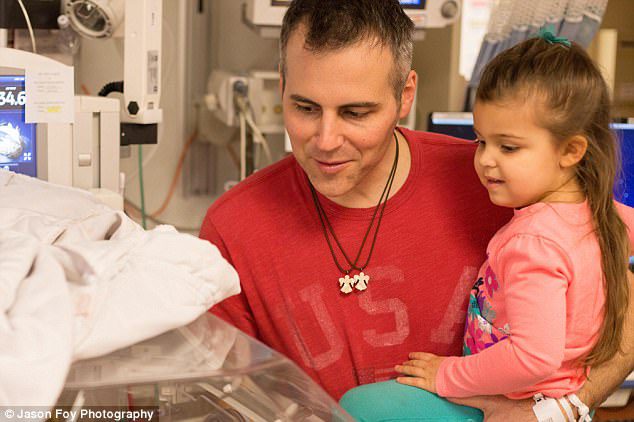 Chad holds daughter Savannah, three, while looking at the new baby in the incubator. Savannah was born with the help of fertility treatments due to Amy’s incompetent cervix 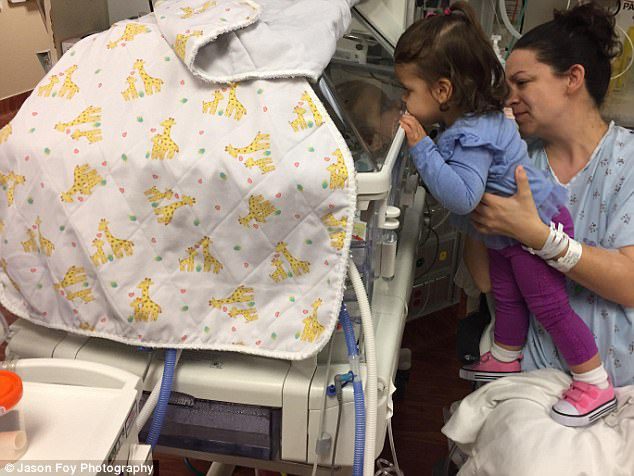 Family members created a GoFundMe to raise money for the out-of-pocket expense for the specialist which would have cost $750,000.

Before Christmas, Amy checked into Walnut Creek Medical Center where she stayed for 36 days before having a c-section.

On January 11, she gave birth to Lincoln, Noelle, Grayson, Preston, and Gabriella.

The parents said their focus now is getting to the hospital an hour away from their home and being able to hold the babies as much as possible.

Chad has continued to work through the delivery as a systems engineer and will take his paternity leave once the babies come home beginning in March.

They said they look forward to having their family under one roof and seeing their children’s milestones.

‘It’s going to be chaos no doubt, but it’s a welcomed chaos,’ Chad said.

‘Things are going to be turned upside at the house very soon but the focus right now is day by day,’ he added.