An older couple sat next to John and I in the bleachers. They have season tickets up behind the plate but after some conversation found out that this is where their playoff tickets were. Anyone who has sat in the bleachers knows that even on a good day, the bleachers can be tough to navigate. Sitting to the right of us were the guys that you see in the picture. 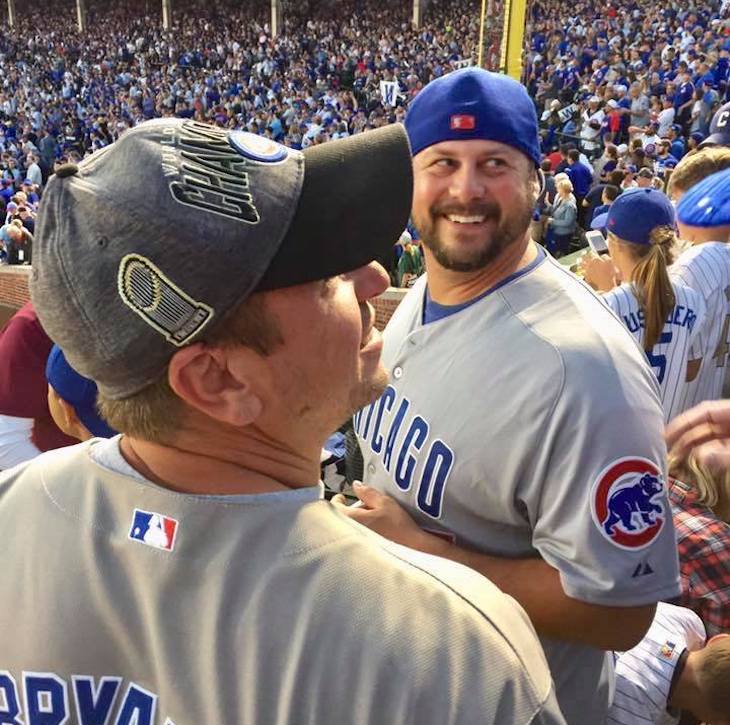 As we were all chatting (because you know in the bleachers we are all one big happy family) we find out they are brothers. One lives in Chicago and the other lives in San Diego and flew in to hang out with his brother. They noticed right away that the older gentleman was having a tough time and helped him down the stairs to sit in their seats. During the game, they would help the older gentleman stand when the crowd stood, and the one guy stayed seated at times so this gentleman could see the game. During the game, this older couple held hands, he patted her knee, and she helped him stand when there were exciting plays. About the 3rd inning, she leaned over to me and said ‘He’s going through chemo right now. We have done about everything else we can do, and this is the last step.’ (Well, if you are not tearing up right now, I did enough of that for you.) At one point the older gentleman leaned over to his wife and said ‘I just love this!’ ( Yep, tears again! ) 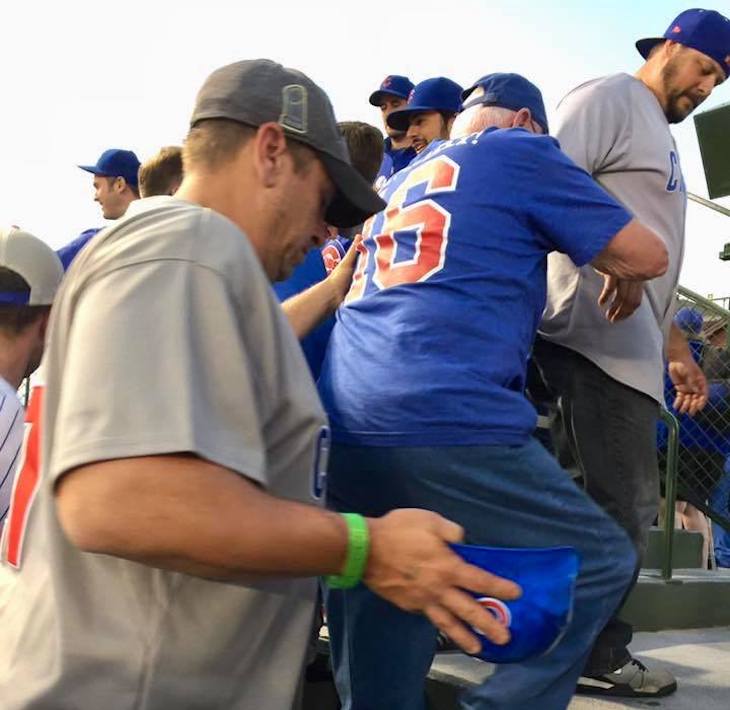 So, at the end of the game, these 2 awesome guys made sure the older gentleman made it up the stairs with no problems. I gave both of those guys big hugs and thanked them for their generosity! With all the crap going on in the world, I felt this was a story I had to tell.”