A married female music teacher had drunken sex with two 17-year-old boys in her choir, a hearing heard yesterday.

Laurie Softley, 34, slept with the first boy in 2008 after taking him for drinks in the pub then driving him home where she stripped off and invited him to her bedroom.

Police interviewed Ms. Softley but no prosecutions were made and the case was referred to the Derbyshire Safeguarding Children’s Board.

The boy, whom she taught the recorder, told a disciplinary hearing in Coventry: ‘She poured us both wine. At some point, we kissed. We continued to kiss and took off our tops.’ 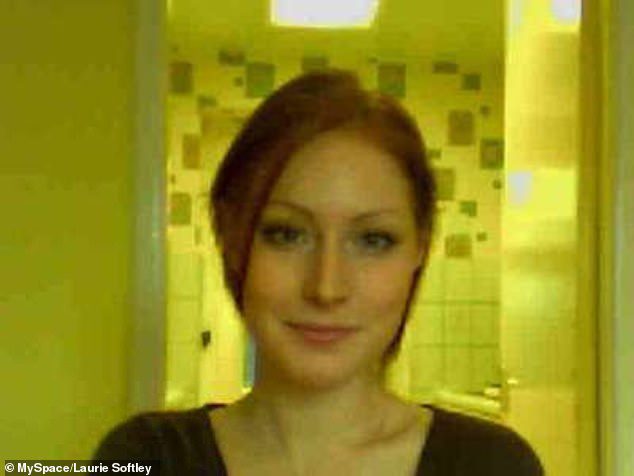 ‘We went upstairs to her bedroom. Miss Softley took a condom from her bedside table drawer and we had sex.’

Ms. Softley made a similar move with another boy in 2012, reported The Sun.

The former pupil, now 23, said: ‘She took her shirt off. I saw her topless. I believe she took off her trousers because I performed a sex act on her.’ 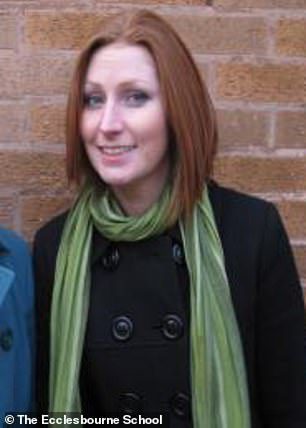 Police were informed after the second schoolboy told a counselor what had happened.

Ms. Softley was fired from Ecclesbourne School in Duffield, Derbyshire in September and a hearing yesterday found her guilty of gross misconduct.

Headteacher James McNamara wrote in a letter to parents: ‘We are aware that this incident may have caused shock to members of our school community and have informed parents of the outcome of this case.

‘Any parents who have any concerns are urged to contact me personally.’

‘No prosecutions were made and the case was referred to the Derbyshire Safeguarding Children’s Board.’

In February, Miss Softley denied the relationship with the boy in 2012, according to The Sun. She could not be reached for comment yesterday. 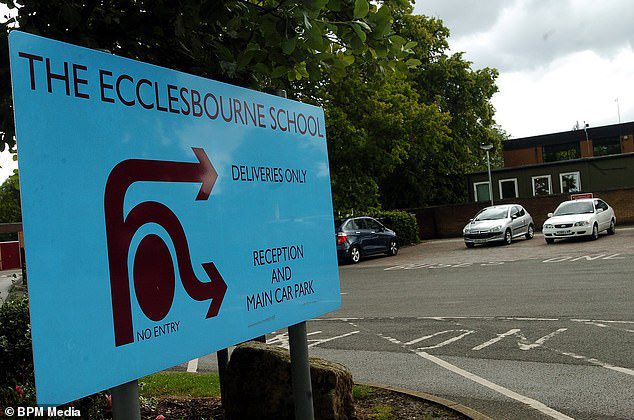 Ms. Softley was fired from Ecclesbourne School (pictured) in Duffield, Derbyshire in September