In Outer Banks’ second season, Ward Cameron is figuring out how to keep himself and Rafe out of police suspicion while securing the gold in the Bahamas. After discovering John B and Sarah survived, he tries to have John B killed a second time, which finally leads to his apprehension by the Kildare Police Department. Once he knows he and Rafe are doomed, he leaves a suicide video taking the blame for all of the crimes he and his son committed before seemingly committing suicide by blowing up his boat with himself on board. By the last few episodes, Outer Banks revealed Ward actually survived, planning it out so he and his family could get away with all of the Royal Merchant’s treasures.

So is Ward Cameron really dead after the explosion?

When Ward Cameron shows himself to be alive on the boat headed for Guadeloupe, a flashback scene shows him using the SCUBA gear onboard, timed to be underwater before the boat explodes. Ward surviving the explosion seemed nearly impossible, especially since Outer Banks season 1, which immediately leads up to season 2, revealed the oxygen tanks John B stole from My Druthers were all empty. After knowing he would have to fake his death to get his family out of trouble, he likely filled up the oxygen tanks ahead of time, but the plan involved a lot of steps in a short amount of time. Additionally, the boat blew up only a few seconds after Ward saw John B and Sarah and ran inside, leaving very little time for him to put on all the SCUBA gear and safely make it into the water. 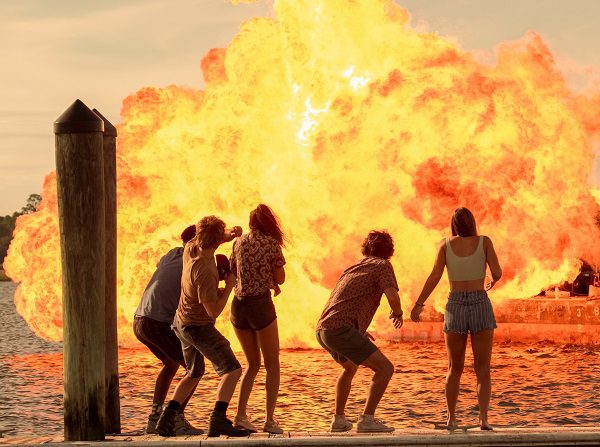 Another plot hole to Ward surviving the explosion is that My Druthers was completely surrounded by Kildare police and SBI boats, meaning anyone could have seen him dive off the side with the SCUBA gear on. Unless he put in a hatch that would allow him to evade being seen by anyone outside of the boat, they would have noticed that he wasn’t inside My Druthers when the explosives went off. At the same time, the police would have known something was suspicious when they never found his body. While his body wouldn’t be intact or even look too much like him after the explosion, they would have found body parts in the boat’s wreckage or around the water. The county’s police department is pretty inept as Outer Banks’ characters can attest, but the SBI would have still found a lack of a body something to look into. 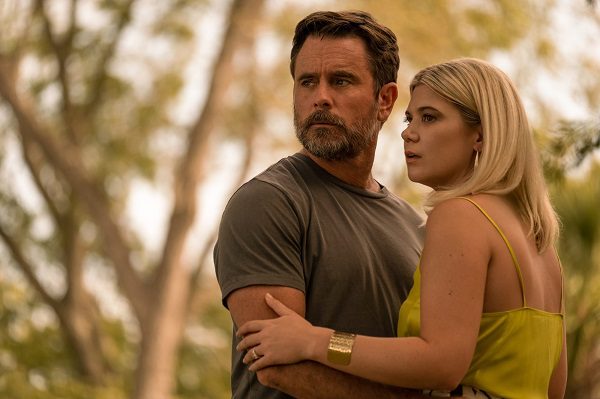 The revelation of Ward being alive leaves even more questions about the circumstances around faking his death and the island’s reactions. While the time between Ward’s death and the Camerons leaving on the boat was short, there was no memorial for him whatsoever. Similarly, the fact that the police station stopped any investigation after the explosion suggests someone on the inside may have still been helping him. Plumb and Shoupe show that Outer Banks’ officers are nothing short of corrupt and take bribes easily, so it’s possible Ward upped the stakes for keeping his fate a secret with the promise of gold or what’s left of their estate at Tannyhill.