The brightness of modern car headlights has created a new danger on the roads as they causing other motorists to be temporarily dazzled, according to new research.

Two-thirds of drivers say they are regularly affected by oncoming headlights even though they are dipped, a RAC survey found.

The majority of those affected say it takes up to five seconds before they can see clearly again. 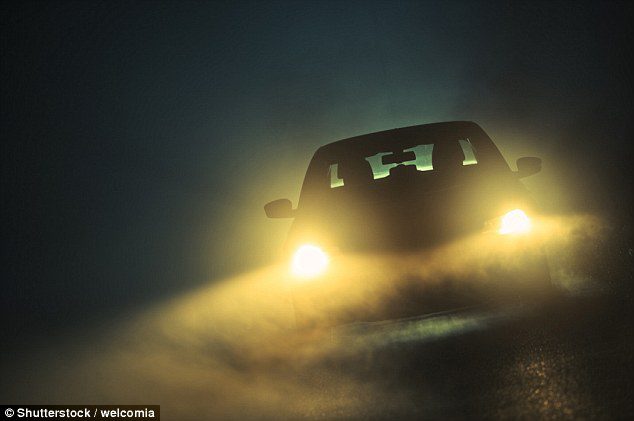 Bright new headlights are causing increased risk on the roads

A vehicle traveling at 60 mph would cover 150 yards in that time.

Some 15 percent of the 2,061 motorists polled have nearly suffered a collision as a result of being dazzled by modern headlights they believe are too bright.

‘Headlight technology has advanced considerably in recent years, but while that may be better for the drivers of those particular vehicles, it is presenting an unwanted, new road safety risk for anyone driving towards them or even trying to pull out at a junction.’