This touching video of an Alabama bride dancing with her terminally-ill father at her wedding will have you reaching for a box of tissues.

Mary Bourne Roberts had her father-daughter dance tune picked out since she was a child when she and dad Jim used to dance around the kitchen to Lee Ann Womack’s 2000 hit ‘I Hope You Dance’.

When they finally made it happen during her December 29 wedding in Point Clear, Alabama, it didn’t look like she’d imagined.

Jim was diagnosed with glioblastoma, an aggressive and incurable form of brain cancer that typically kills in a matter of months, in May 2017.

The bleak prognosis left his daughter unsure if he would even be able to attend her wedding to fiance James Butts. So when the father-daughter duo got the opportunity, they made it count.

Heartwarming video from Mary Bourne’s wedding reception shows her and her dad, who is in a wheelchair, holding hands as they twirl around the dance floor singing along to their song.

The three-and-a-half minute clip ends with almost everyone in the audience wiping away tears of joy, including the father-of-the-bride. 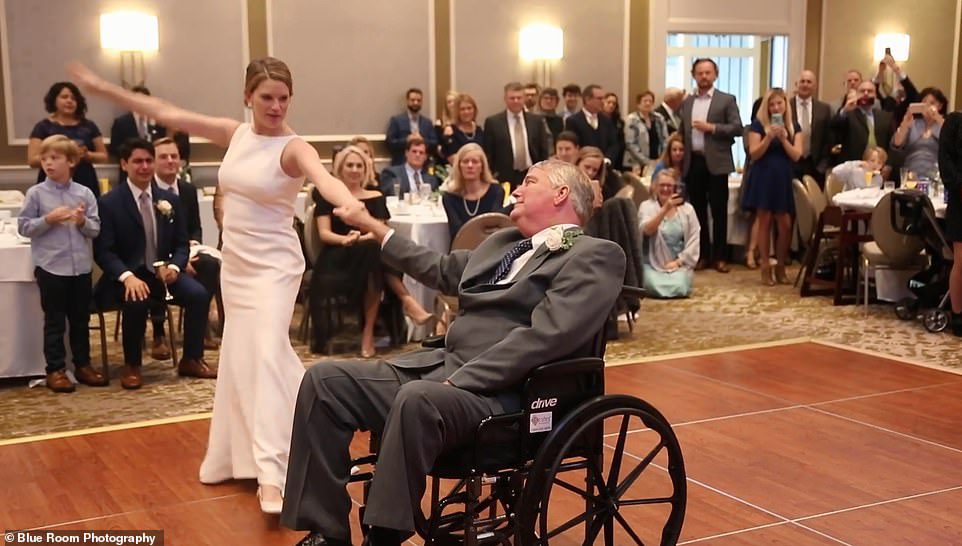 A touching video of Alabama bride Mary Bourne Roberts and her father Jim, who has terminal cancer and is in a wheelchair, dancing at her wedding has gone viral on social media 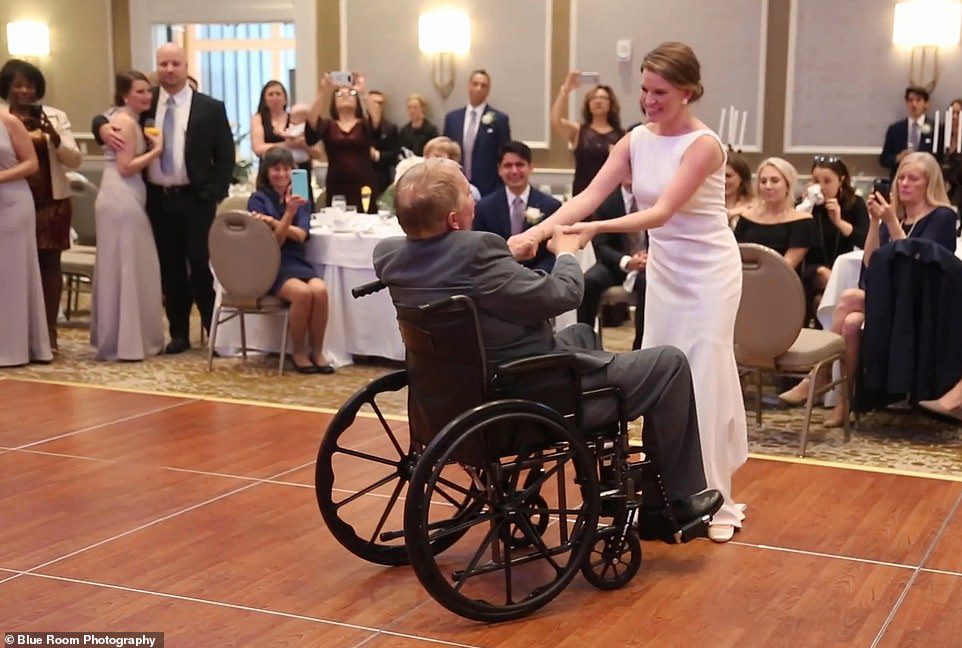 Mary Bourne had the song for her father-daughter dance picked out since she was a child, when she and her dad used to dance around ‘I Hope You Dance’ by Lee Ann Womack 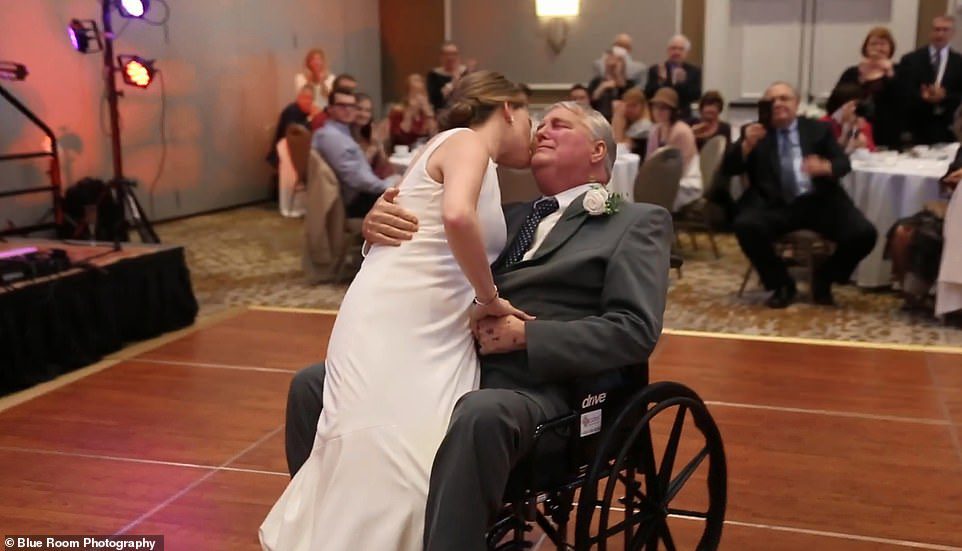 After Jim was diagnosed with glioblastoma in May 2017, his daughter was left unsure of whether they’d actually ever have a father-daughter dance. When her wedding rolled around on December 29, they made the most of the opportunity 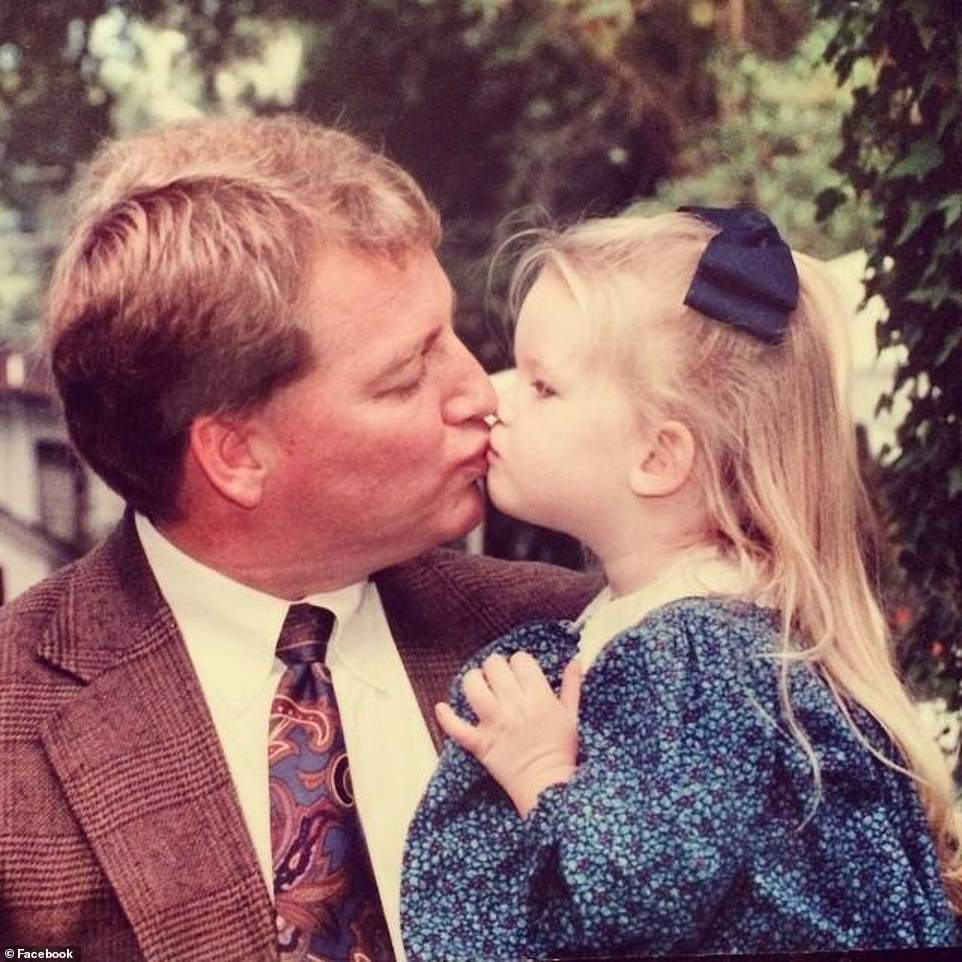 Mary Bourne told Fox News that the experience was ‘overwhelming’, saying that the dance felt like ‘second nature’ given how many times they’d performed it over the years.

Her mother Tracy said: ‘Our family has been through so much since Jim’s diagnosis. It was awesome to be able to celebrate Mary Bourne [together]… the dance was a dream come true for both of them.’

She said the family was shocked by how much attention the video has gotten, having been viewed more than 78,000 times since it was shared on Facebook on Thursday.

‘It’s been great to see people touched by the love they share – we’re used to seeing it all the time!’ Tracy said. 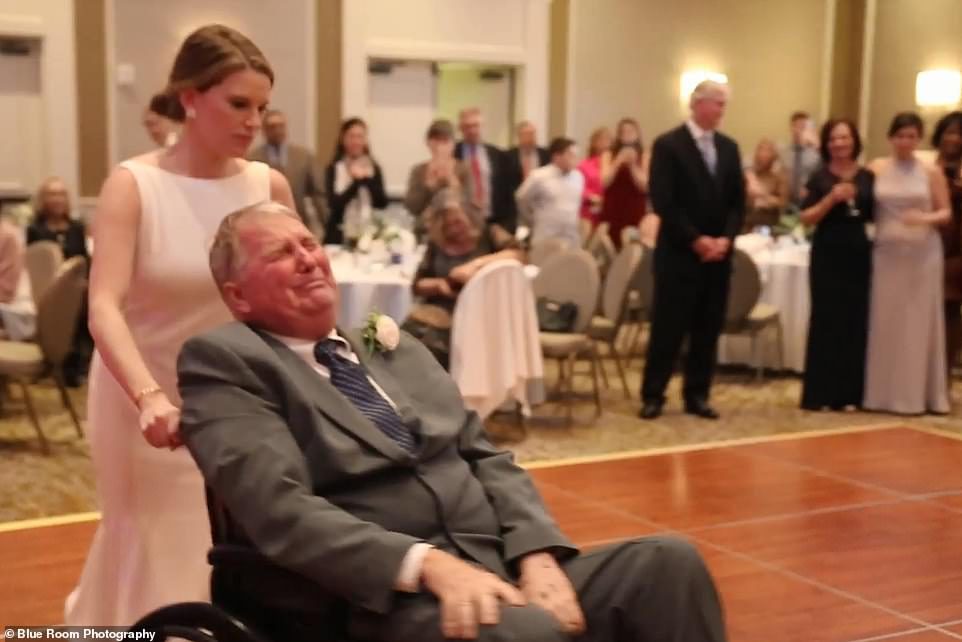 The father-daughter dance routine brought everyone in the room to tears, including Jim 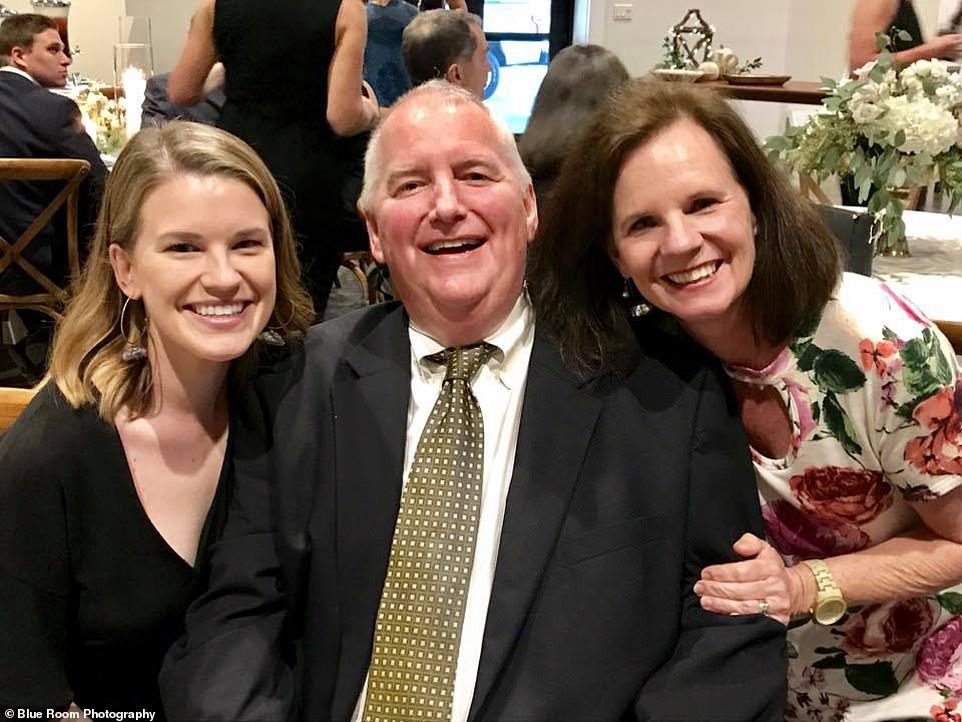 Mary Bourne’s mother Terry said: ‘The dance was a dream come true for both of them.’ The family is seen in a photo believed to have been taken before Jim’s diagnosis

The bride is pictured with her now-husband James Butts in the Facebook photo above.