A father who tried to choke his daughter’s 15-year-old bully has revealed the final taunt that pushed him over the edge.

Mark Bladen, 53, was giving the boy a ‘good old fashioned talking to’ when the boy smiled at him, making the father’s blood boil.

‘Dr. Jekyll came out,’ he said of the moment he snapped at The Gap skate park in Brisbane last month, recalling the event in a 60 Minutes preview ahead of Sunday’s full episode. 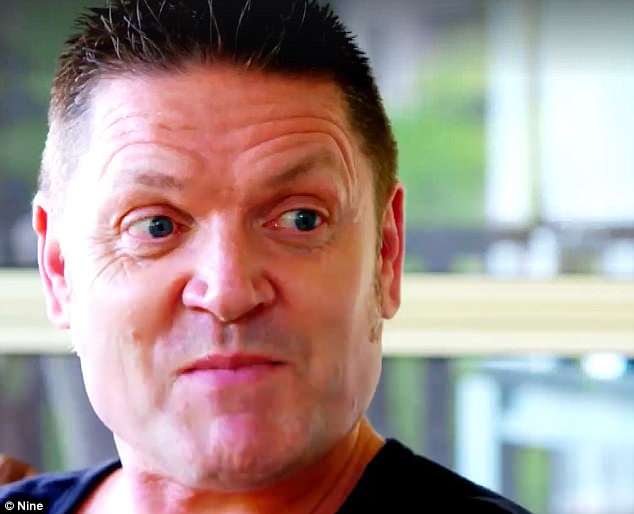 The actions of Mark Bladen (pictured), 53, who violently attacked his step daughter’s teenage bully in an explosive rage, have been defended by his wife and members of his community

His daughter claimed the child had relentlessly bullied her by calling her names and giving her insulting gifts.

‘(He) called me names like a gorilla and King Kong, he would buy me shaving cream for Christmas so that I would shave,’ she told reporter Liz Hayes.

Bladen explained he intended on giving the boy a ‘good old fashioned talking to’ on the day he ended up physically assaulting him.

‘(But) he smiled at me,’ the man said, alluding to the moment that pushed him over the edge and into a violent rage. 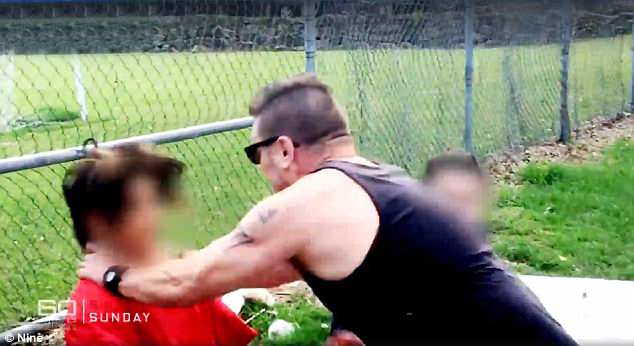 In an act prompted by the 15-year-old bully ‘smiling’ after being approached for ‘a talking to’, the angered father leaped forward and grabbed the boy  around the neck

Chilling footage showed the moment the grown man threw himself towards the boy, who was sitting on a bench at the time, as one of his friends yelled ‘get the f*** off him’.

Friends of the father have since praised him for sticking up for his ‘princess’, with one saying he hoped he ‘would do it again’.

‘He’s got to stand up for his family,’ one member of Chermside Darts Club said, as another agreed, saying, ‘I would hope that he would do it again, to be honest.’

A woman, believed to be the mother of the bullying victim, defended the father saying, ‘he did what any parent would do’. 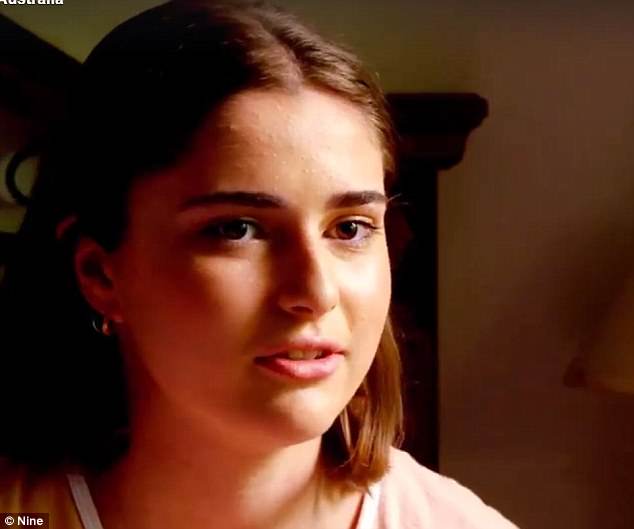 Mr. Bladen’s daughter (pictured) claimed the boy had relentlessly bullied her by calling her names and giving her insulting gifts

Mr. Bladen pleaded guilty to one count of assault occasioning bodily harm and was sentenced on March 20 to pay $1000 with no conviction recorded, and ordered to pay $500 compensation.

His victim suffered bruising to his throat and scratches to his limbs in the fight, which was eventually broken up by his friends.

Mr. Bladen told police he was ‘aghast’ at his behavior, and apologized outside the court to the victim.

‘I’m very sorry for what I did, very regretful and ashamed,’ he said. ‘Please don’t do what I did, I just lost control. It’s definitely not the way to handle things,’ he said. 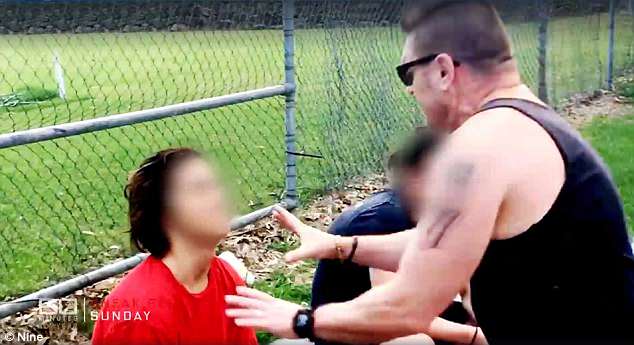 He pleaded guilty to one count of assault occasioning bodily harm and was sentenced on March 20 to pay $1000 with no conviction recorded, and ordered to pay $500 compensation

In his interview, Mr. Bladen said he thought there was too much ‘political correctness’ evident in current society.

‘When I was young you treated a lady like a lady and it should be the same way now,’ he said.

‘We live in a day of political correctness, and I hate it.’

The full episode will air on Channel Nine at 8.30pm on Sunday. 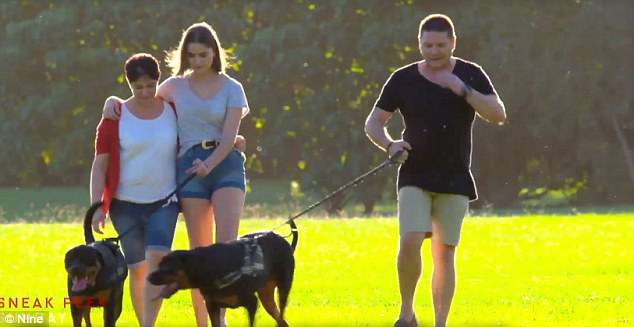 In his interview, Mr. Bladen (right, with his partner and stepdaughter) said he thought there was too much ‘political correctness’ evident in current society