Madison Duke and Chris Hunter found internet fame after sharing a video of her family gifting him a car for Christmas have been hit with vile, racist abuse.

The video has been viewed more than 1.4million times since it was uploaded on Saturday.

Among the comments of praise for the high schoolers, are offensive messages of hate.

The shocked teenagers shared those comments with their new followers on Tuesday. 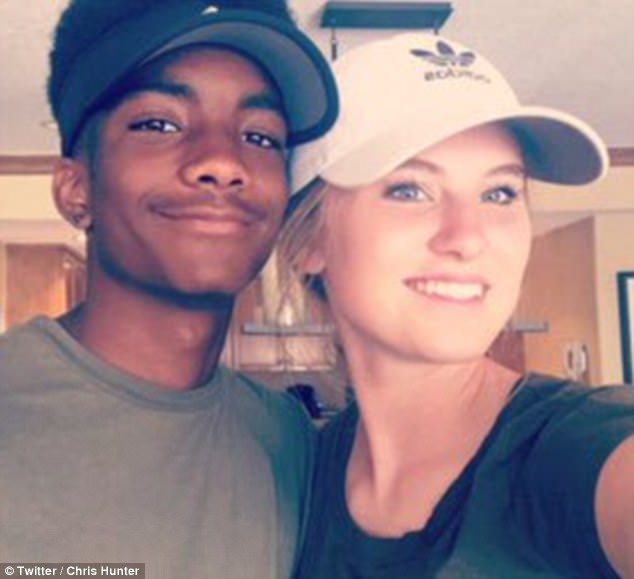 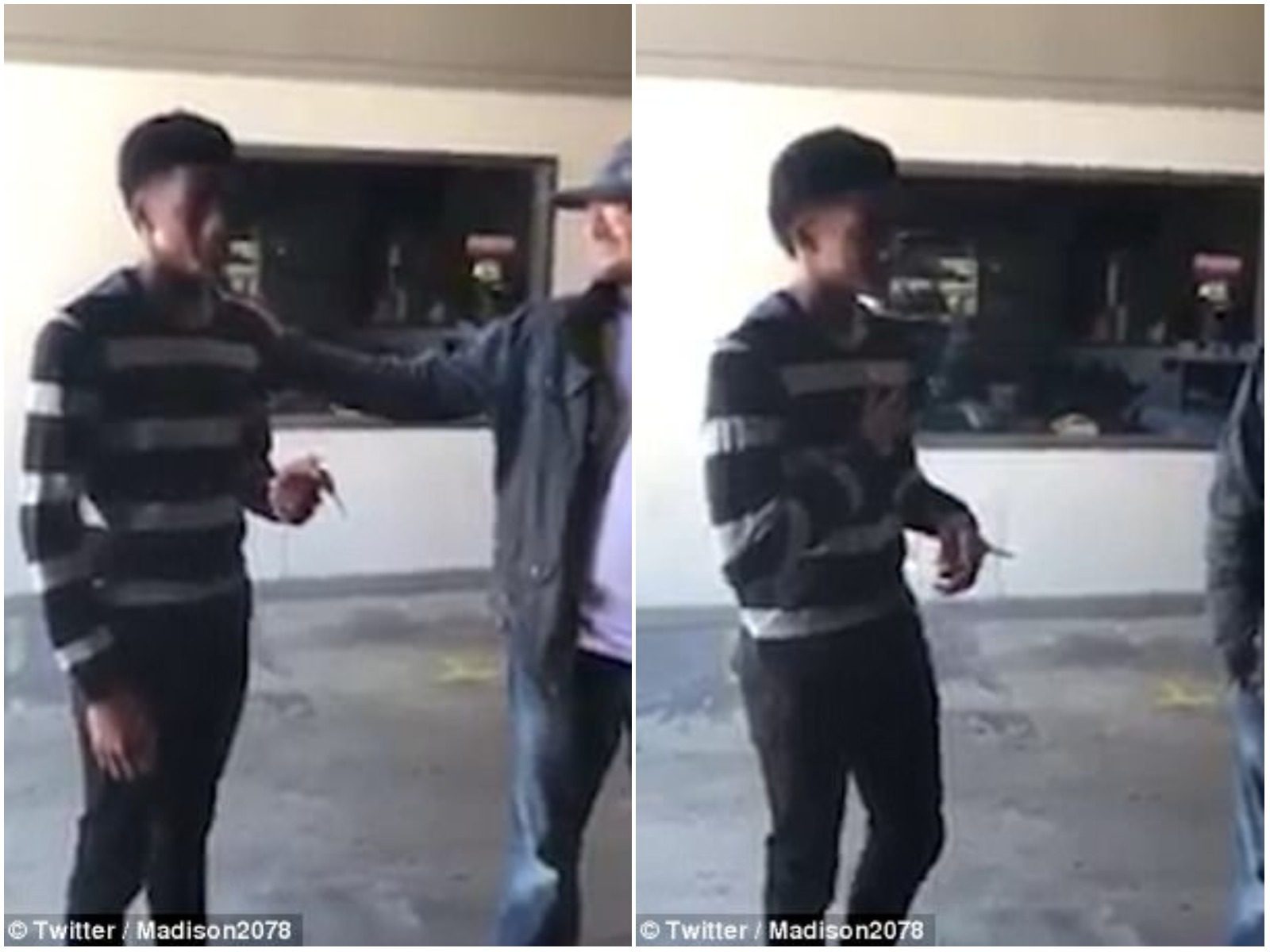 In the video, Chris is seen becoming overwhelmed as Madison’s stepfather presents him with the car

‘More hate than love which is surprising, to be honest, and it’s disgusting,’ Madison said of the remarks.

‘I saw it coming, but Madison and I aren’t going to stop doing what we love,’ added Chris.

Chris responded to some of the trolls, telling one, who hideously compared him to a ‘chimp’: ‘You don’t even know me, my guy.’

The couple hoped their first effort would kickstart their YouTube channel, have now disabled the comments on the video.

Madison and her family told Chris they were going out to lunch but had to stop at a car shop first. When they arrived, the vehicle was waiting for him wrapped up in a red bow.

‘Merry Christmas Chris. The car’s all yours,’ Madison’s stepdad said.

Chris, incredulous, grabbed his chest in disbelief then said: ‘No, I can’t’.

The teens shared screenshots of some of the vile comments they had received since posting the video at the weekend. Some are shown above

‘It’s yours, Chris!’ Duke’s mother said as she filmed him staring at the four-door sedan.

He hugged every member of the family, before rushing over to the vehicle. Madison’s mother, who was filming, shouted: ‘Go check out your car! We can hug later!’

The youngsters have been together for 11 months. 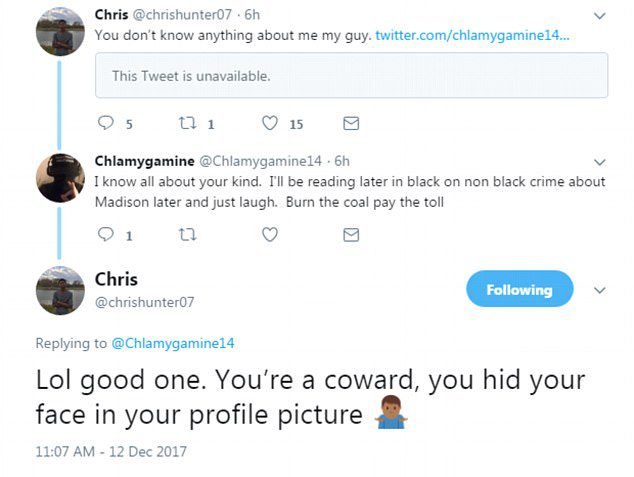 Chris, who said he saw the abuse coming, argued back with some of the trolls on Twitter 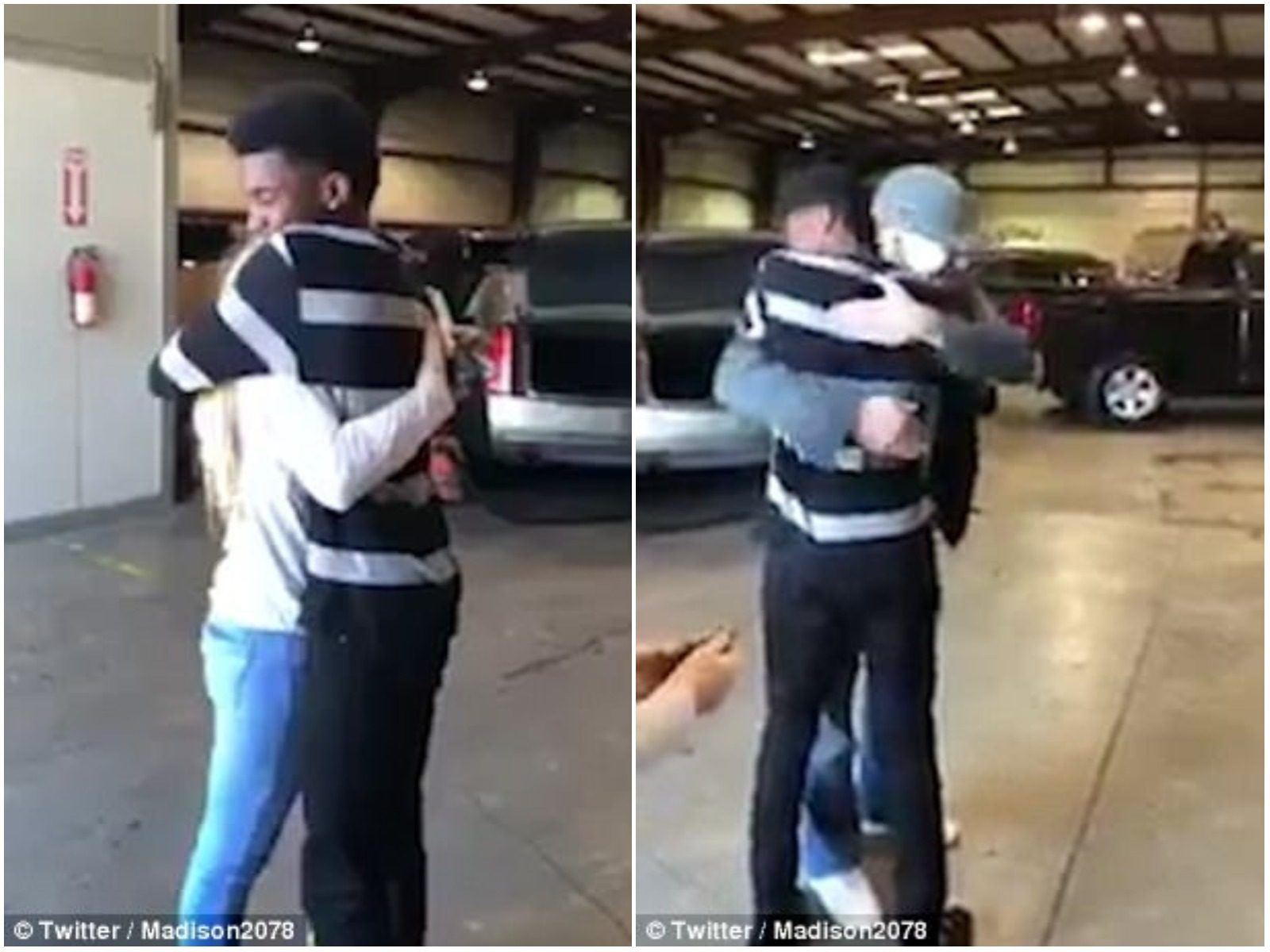 In the video, Chris hugged every member of his girlfriend’s family before going to the vehicle

Chris is a star soccer player and athlete and Madison is an athletic trainer.

Chris told his Twitter followers he planned on marrying Madison, who regularly gushes about him on her own page, describing him as ‘the love of her life’ and ‘best friend’ and sharing photos of each other.

Their close friends were delighted by the video. One called Chris the ‘kindest most humble’ person he knew. 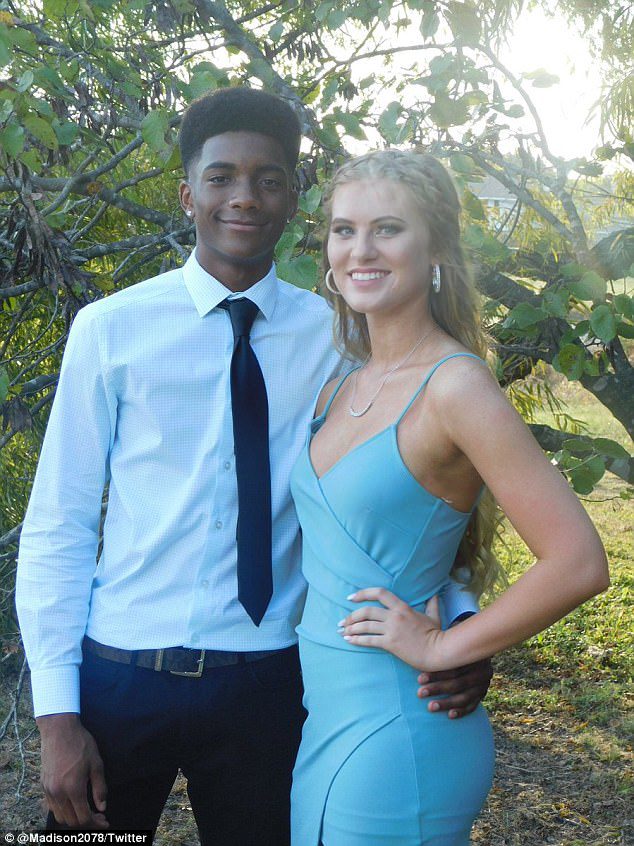 Madison and Chris have been dating for 11 months. The couple said they hoped to launch a YouTube channel