Two mothers have filed police complaints against a Washington state Boys & Girls Club after claiming their toddler’s eyebrows were waxed while they were attending the club’s daycare.

Alyssa Salgado, 19, said she left her 2-year-old daughter, Lilayiah, at the daycare center at the Boys & Girls Club of Benton and Franklin Counties in Pasco on Thursday morning, the Tri-City Herald reports.

After picking her daughter up, Salgado noticed that her toddler had red skin between her eyebrows and appeared to have fewer eyebrow hairs than when she dropped her off. 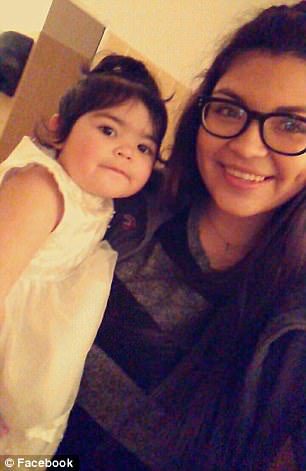 Alyssa Salgado, 19, said she left her 2-year-old daughter, Lilayiah, at the daycare center at the Boys & Girls Club of Benton and Franklin Counties on Thursday

The concerned mother wrote a Facebook post on February 2 about the ordeal that has been shared more than 20,000 times.

It reads in part: ‘I take my daughter to the CBC Daycare to be cared for while I’m at school trying to focus on graduating!

‘Then I go pick up my daughter yesterday and saw a red mark in between her eyebrows I think it’s a scratch but as soon as a get home I get a closer look these WOMEN decided to WAX MY DAUGHTERS unibrow.

‘I immediately started to contact the director of the daycare in many texts she tried to come up with multiple excuses then this morning I take my daughter in person to the director. 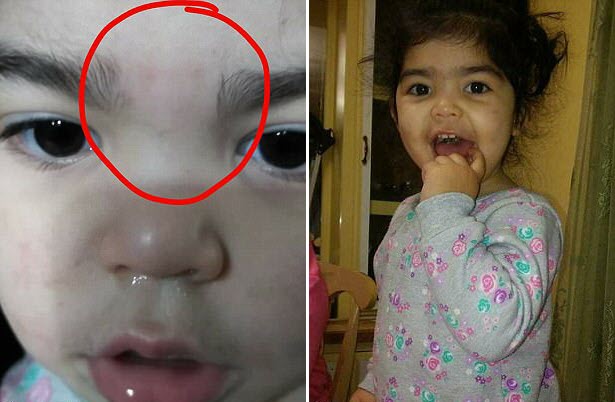 Salgado says her toddler had red skin between her eyebrows and fewer eyebrow hairs than when she had been dropped off. She is alleging daycare center workers waxed her daughter’s unibrow 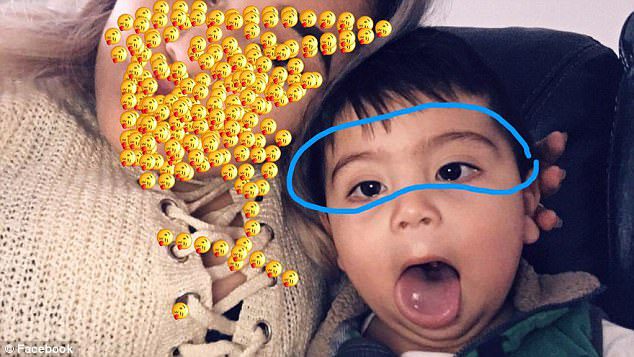 Glenda Marie Cruz says her son (pictured) suffered a similar fate at the hands of the daycare center, which is run out of a 270-student alternative high school called New Horizons High School

‘She laughs in my face telling me a bunch of lies and I do get upset!!!

‘I AM A MOTHER NOTHING LIKE THIS SHOULD EVER HAPPEN AND THEY HAD NO RIGHT TO TOUCH MY DAUGHTER AT ALL.’

Another woman, Glenda Maria Cruz, also posted on Facebook on the same day that her son appeared to have had his eyebrows waxed while he was in the daycare center.

‘Their skin is really delicate and no lady has the right to do this to any kid and when we went to [confront] the lady who is in charge there all she said was that she talked to her staff and they all say the didn’t do it and then she asked me what I wanted with a smile on her face and then told me that no one is forcing me to bring my son [to] CBC daycare,’ Cruz’s post reads in part.

‘He’s just a baby he can’t defend himself he’s not even 2 yet and I’m at a point right now that I feel like a bad mom because I can’t protect him when he needs me the most.’ 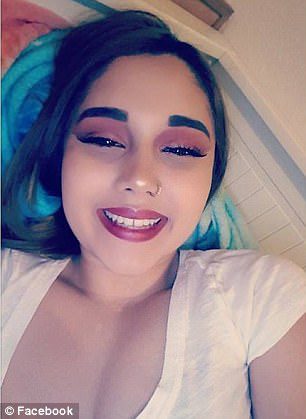 The mothers have filed a police complaint about the ordeal with the Pasco Police Department, NBC Right Now reports.

The daycare is run out of a 270-student alternative high school called New Horizons High School. Both Salgado and Cruz are students at the school.

Salgado told the Tri-City Herald that she has not attended school since the incident because she has no other means of childcare for her daughter and does not trust the center. Cruz has also taken her son out of the daycare.

She also received a doctor’s note that reads in part: ‘On exam, Lilayiah has a patch of hair loss between her eyebrows,’ WLTX reports.

In a February 5 statement, the Boys & Girls Club said, per NBC Right Now: ‘The Boys & Girls Club of Benton and Franklin Counties are investigating a parent complaint at our childcare center operated for the Pasco School District at Columbia Basin College.

‘In addition, the Washington State Department of Early Learning, the licensing agency for childcare centers, will be doing its own investigation beginning Monday at the childcare center.

Both the Boys & Girls Club and the Washington Department of Early Learning are investigating the alleged waxing. 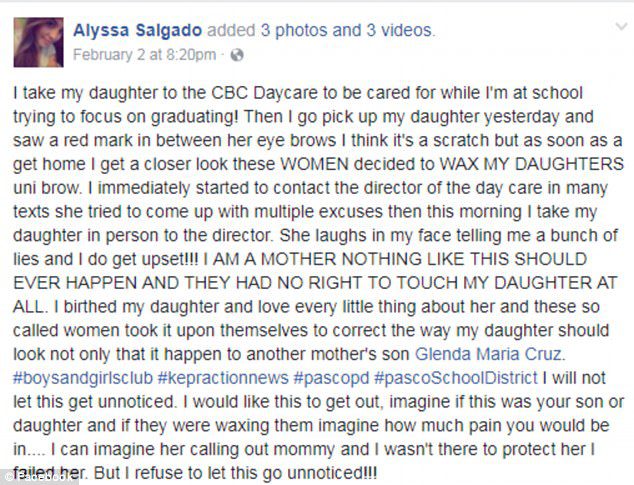 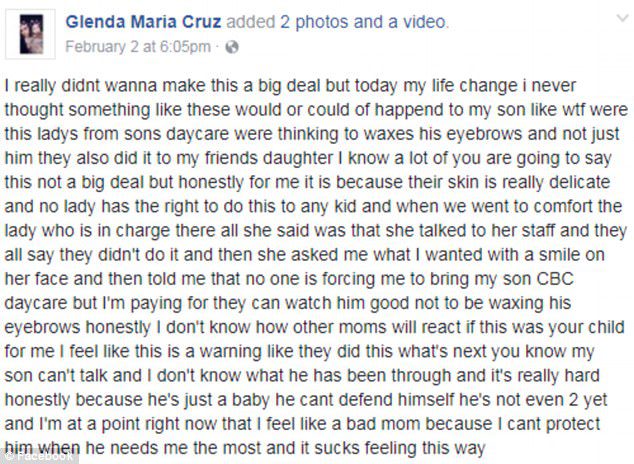