A 26-year-old woman destined to teach turned the life around for her turbulent student, along with his baby brother.

In 2013, Chelsea Haley began working with Teach For America, a nonprofit that helps ‘strengthen the movement for educational equity and excellence’ within low-income schools, the organization’s mission statement reads.

Haley was enlisted as a ‘corp member,’ according to her LinkedIn page, to educate elementary students in Baton Rouge, Louisiana.

That’s where she met fourth grader Jerome Robinson – her toughest, most disorderly student. 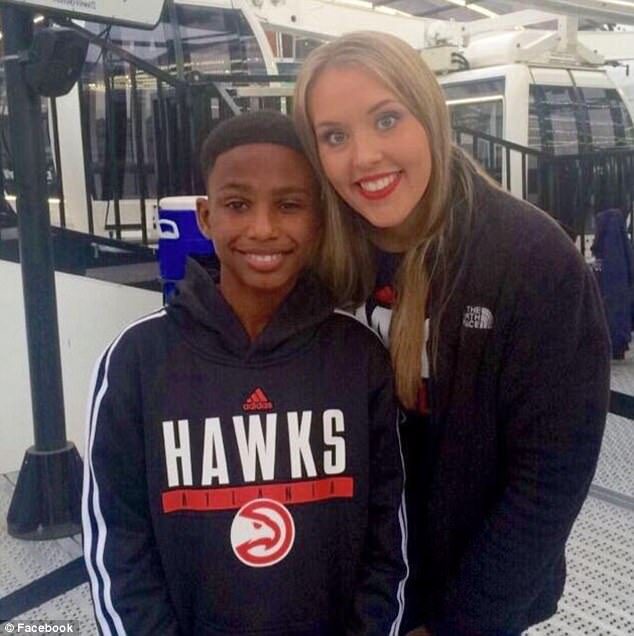 Chelsea Haley, now 26, (right) was 24 at the time she turned the life around for her troublesome student Jerome Robinson (pictured left) 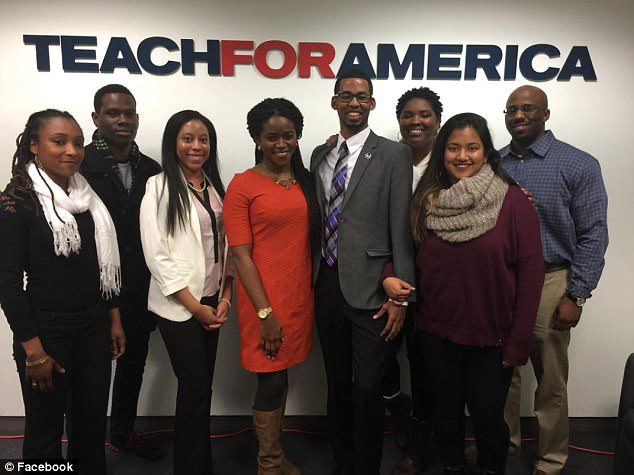 Haley began working with Teach For America, a nonprofit that helps ‘strengthen the movement for educational equity and excellence’ within low-income schools (other members pictured above on Facebook) 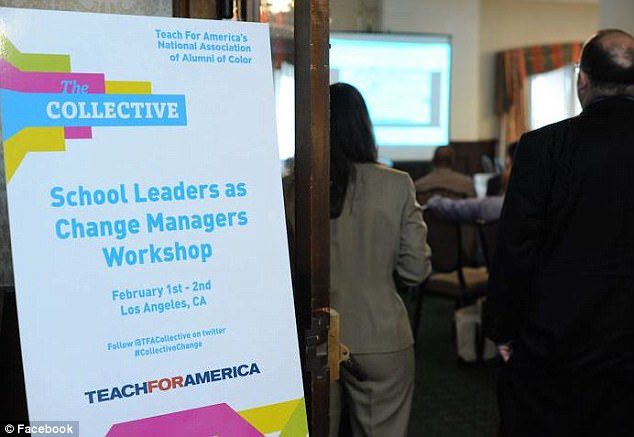 In 2013, Haley was enlisted as a ‘corp member’ to educate elementary students in Baton Rouge, Louisiana

‘At certain points, his behavior got so bad, I thought, “I can’t do this anymore. I can’t be a teacher,”’ Haley told CNN.

Outside of the classroom, Robinson and his baby brother, Jace spent most nights with their grandparents, who cared for them, along with Robinson’s birth mom part of the time.

The family lived in poverty and was faced with despair following the death of two other family members.

The troublesome Jerome struggled in school as well – and teachers were unable to control his behavior, Haley told CNN. 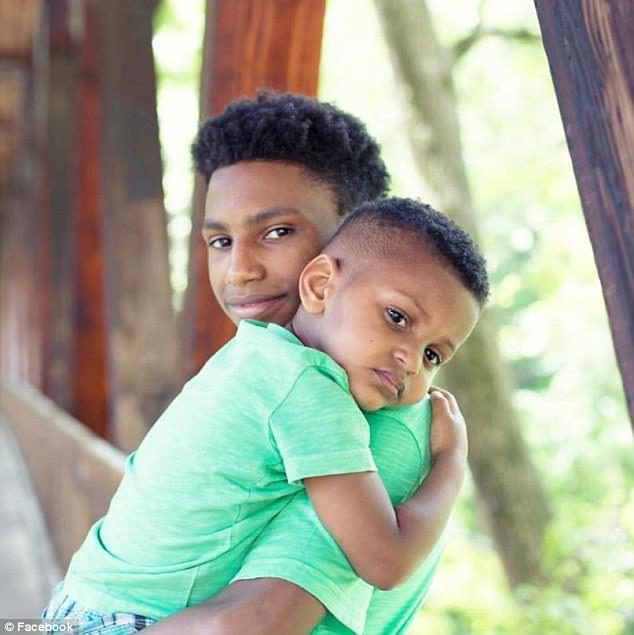 Outside of the classroom, Robinson and his baby brother, Jace (pictured together) spent most nights with their grandparents, who cared for them, along with Robinson’s birth mom at the time Robinson was a troublesome student

Eventually, other teachers in the school learned Haley was the only one able to help Robinson – who she disciplined while also encouraged to be better.

‘I got a lot of thankful emails and knocks on my door,’ Haley explained of her conversations with other teachers at the school.

By the time Haley was nearing the end of her two-year journey with Teach For America, she and Robinson had formed an ‘unlikely bond’ that couldn’t have ended just there.

The principal at the school suggested Robinson ‘stick around for Jerome,’ according to CNN, and Haley had a dream after she said she felt was ‘God telling her she was destined to be’ his mother.

Shockingly, the very next day, in October 2015, Robinson paused from taking a test to ask her a question. 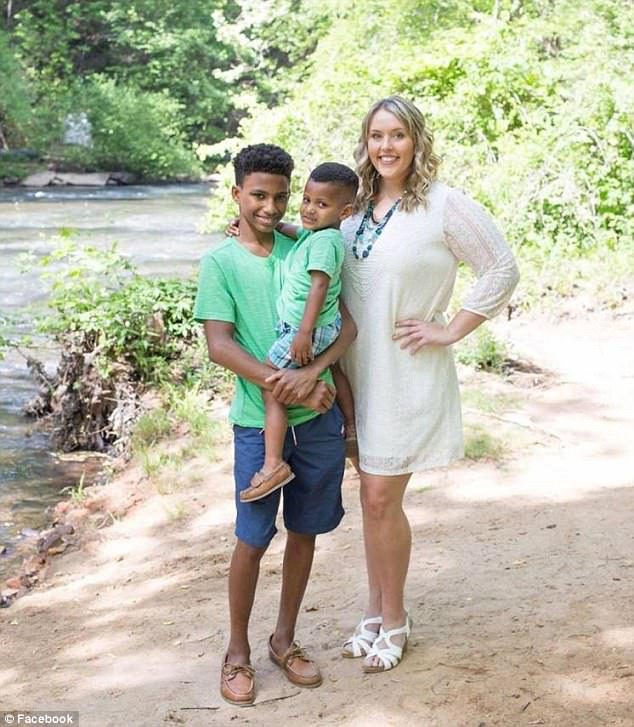 ‘He just asked me if he could live with me,’ Haley, who was 24 at the time, said in the interview. ‘I told him I had been feeling the same.’

The following day, Haley met with Robinson, his mother, and the student’s baby brother, Jace.

Haley, who planned to move to Georgia to further her teaching career, said the boys’ mother told her: ‘You can go… but I want you to take Jerome and Jace with you.’

In December 2015, Haley met the guidelines to be their legal guardian. She was granted full-time custody and successfully adopted both boys.

The family now resides in Marietta, Georgia, and is thriving more than ever. 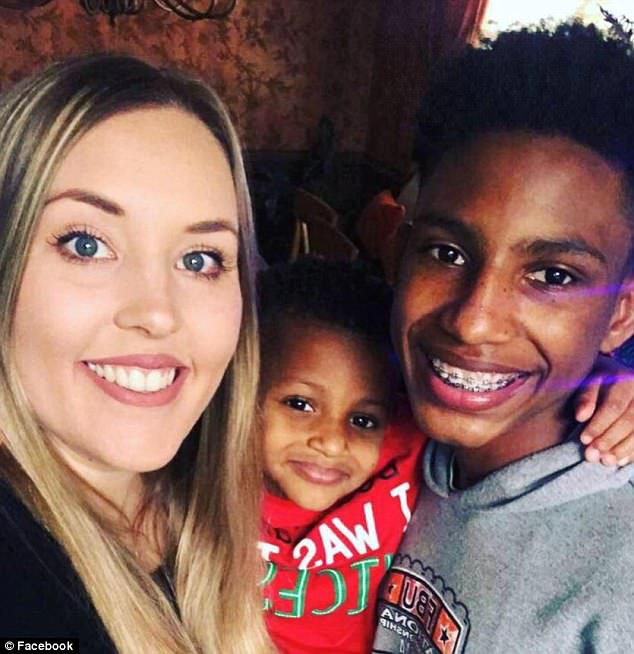 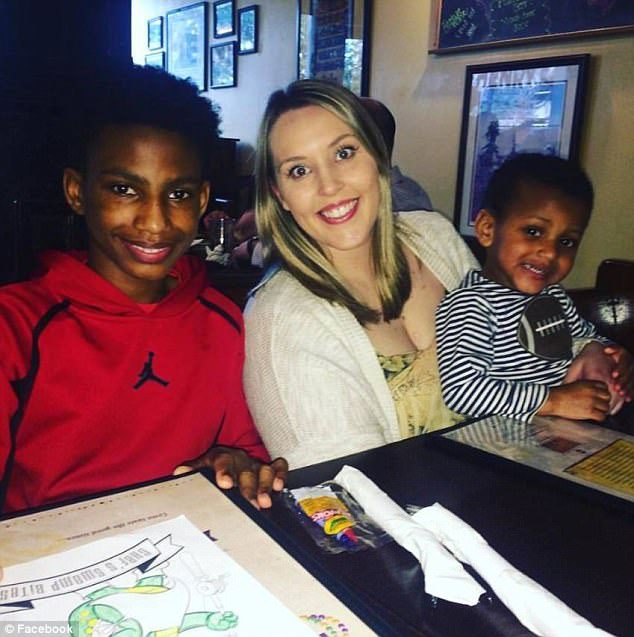 Jerome is now on the honor roll and hasn’t been suspended from school since. He is pictured left smiling next to Haley and his joyful brother Jace, right

‘I wouldn’t trade this for anything,’ the single mother told CNN.

When speaking of her once-disorderly student, she said: ‘he used to fail all of his classes and didn’t care… now, he’s made honor roll both quarters of his eighth-grade year so far.’

Robinson hasn’t been suspended from school since.

On Saturday, the proud new mother took to her Facebook page to boast about his report card.

‘I think the kid is serious about wanting a scholarship to college one day!’ Haley added, proudly.

Also last week, Haley took to her page to gush about her other son.

‘Jace just walked into my room, climbed on my bed, kissed me on my forehead, and told me, “Mommy, you’re my best girl.” WHAT A HEARTBREAKER HE IS GOING TO BE.’ 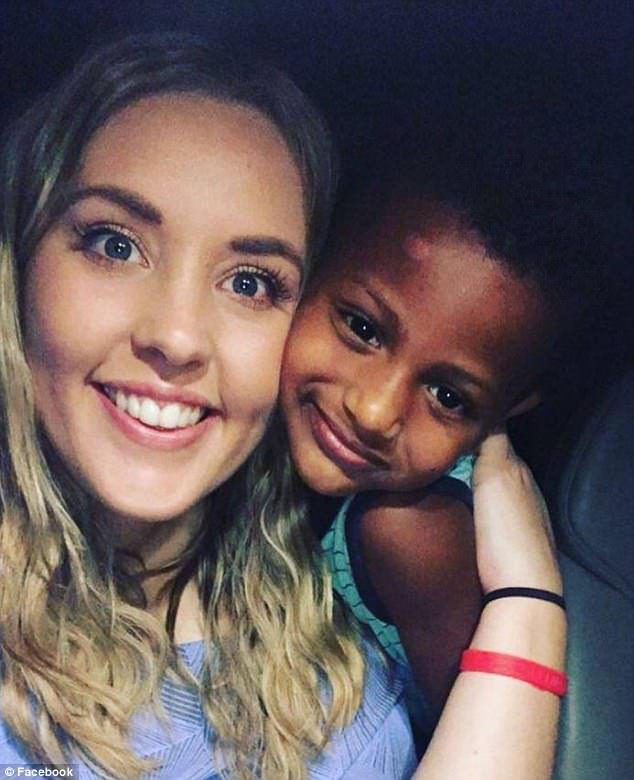 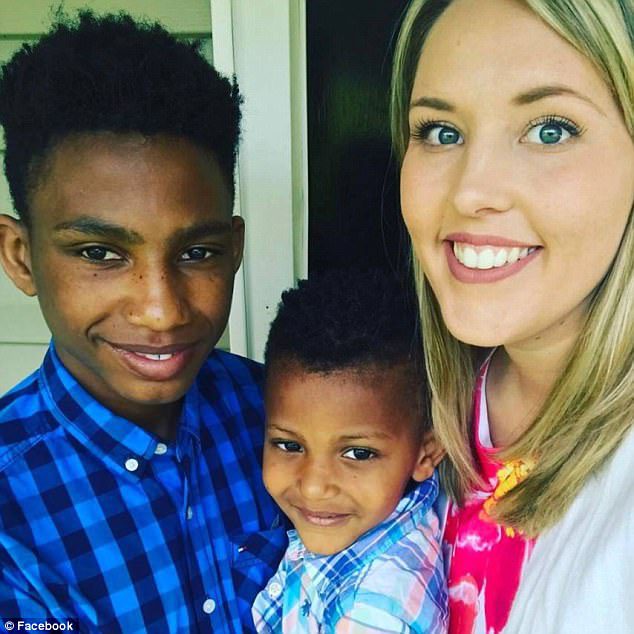 ‘I wouldn’t trade this for anything,’ a happy Haley said of her awesome little family unit