A second-year urology resident jumped into action to deliver a fellow passenger’s baby boy half-way through an eight-hour flight from Paris to New York.

Dr Sij Hemal was awaiting a glass of champagne on the way home from his best friend’s wedding when flight attendants asked for medical help over the loudspeaker.

Raising his hand, he was promptly asked to help Toyin Ogyndipe, 41, who had gone into labour a week early – four hours from their destination and two hours away from a safe emergency landing.

Using the Air France flight’s medical supplies to monitor vitals and contractions, Dr Hemal helped the Nigerian banker, who lives and works in the UK, safely deliver her son after 30 minutes of pushing.

He used a shoestring to tie and cut the umbilical cord for baby Jake, who now has a US passport because they were flying in US airspace.

Speaking of Daily Mail Online, Dr Hemal said he was just glad everything went smoothly – and was relieved it all happened before he’d had any champagne. 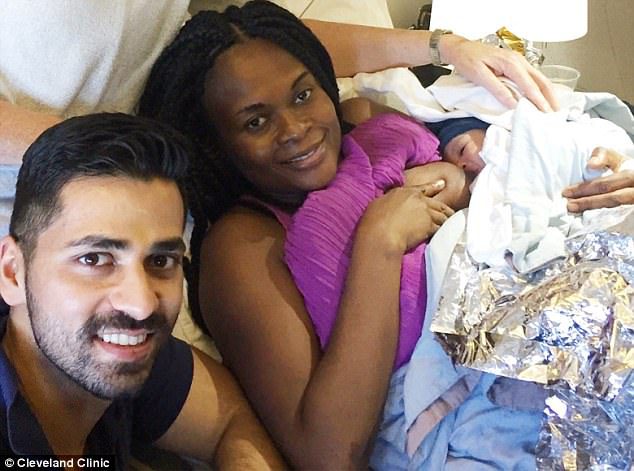 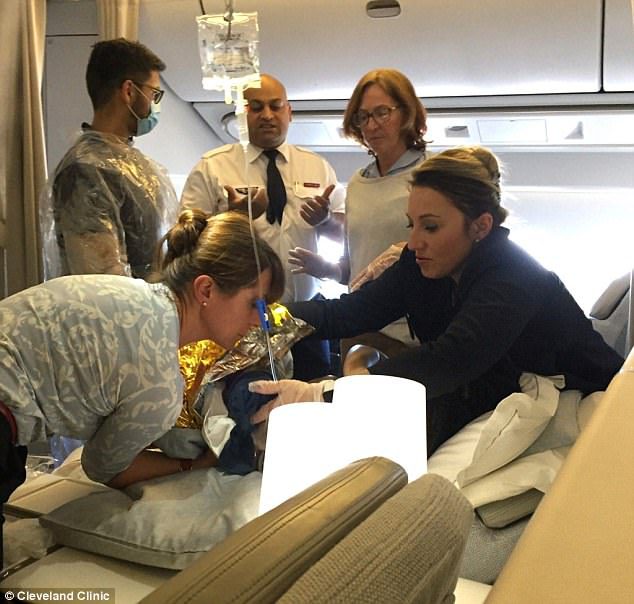 The mother-of-two from Nigeria was 39 weeks pregnant when she went into labor 35,000 feet in the air 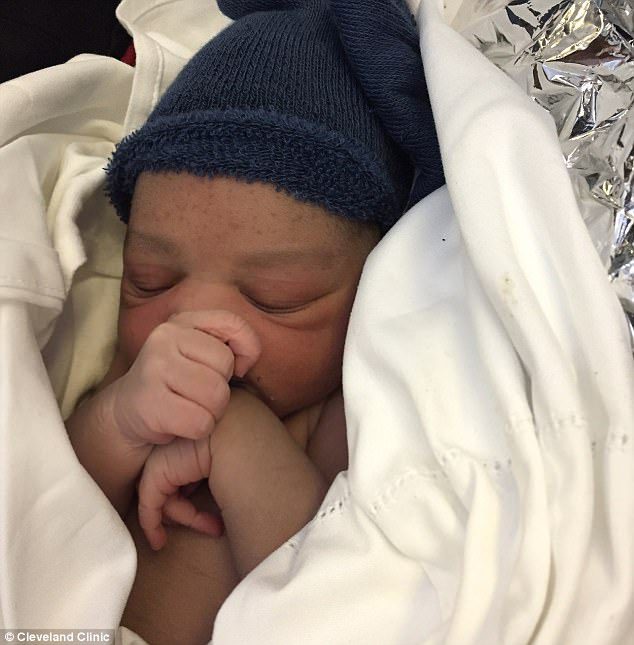 ‘We’re trained to stay calm and think clearly in emergency situations,’ Dr Hemal, who had delivered seven babies during his training, told Daily Mail Online. ‘I just tried to think ahead to what might go wrong and come up with a creative solution.’

He said his biggest fear was that the mother could die from bleeding or shock after birth.

But looking back, he insists it all went as well as it could have done.

‘I thought I’d just have a drink and fall asleep. As it turned out, I’m glad I didn’t drink anything,’ he said.

Dr Hemal, who had been on vacation in New Dehli, India, was flying coach class via Paris and New York on his way back to Cleveland on December 17.

Coincidentally, when the flight attendants came to ask him for advice, the urologist at Cleveland Clinic’s Glickman Urological and Kidney Institute discovered he was seated next to Dr Stefanie Ortolan, a pediatrician from France.

The pair were ushered over to Ogyndipe, also in coach, who was complaining of chest pains and dizziness.

Dr Hemal thought it could be kidney stones until she revealed to him that she was 39 weeks pregnant.

‘She was covered with a blanket so I couldn’t see that she was pregnant, but the pain she was describing sounded like contractions,’ he said.

Toyin was in labour and having contractions about 10 minutes apart.

After moving her to first class, the pilot spoke with Dr Hemal and told him they were over the western coast of Greenland and the nearest emergency landing was at a US military base on the Azores Islands two hours away.

While the flight attendants took care of Toyin’s four-year-old daughter Amy, the doctors used instruments and supplies in the flight’s medical kit to routinely check her blood pressure, oxygen rate and pulse.

Within an hour the contractions were coming more frequently occurring seven, then five and finally two minutes apart.

‘My initial plan was to monitor her and her vitals but we did a cervical exam and that’s when her water broke,’ he said.

‘That’s when we knew we were going to deliver on the plane,’ Dr Hemal added. 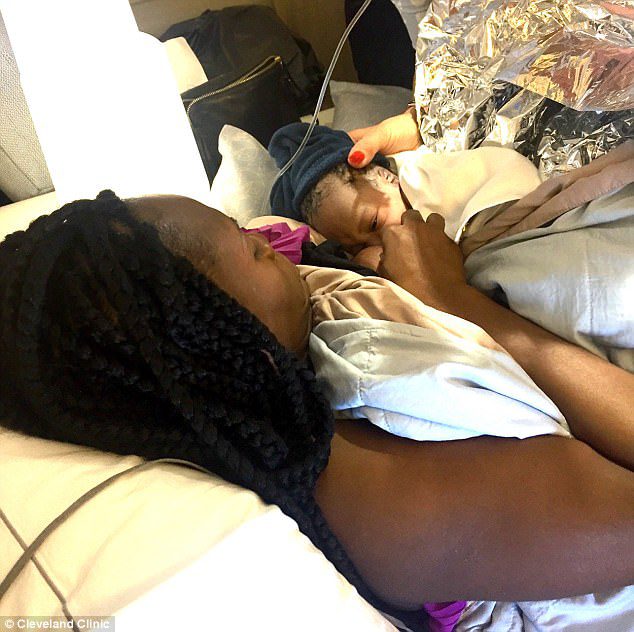 After 30 minutes of pushing, Toyin delivered a healthy baby boy who she named Jake.

Dr Hemal removed the placenta and used a surgical clamp and shoestring to tie off the umbilical cord and cut it off with a pair of scissors.

Dr Ortolan assessed the baby boy who appeared to be healthy and soon began nursing on his mother. 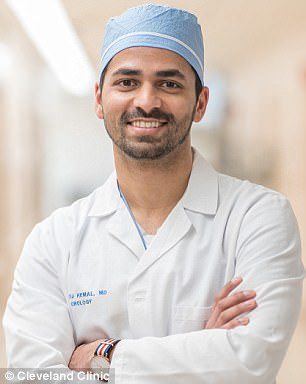 Upon arrival at JFK, Toyin and her children were escorted off the airplane by EMTs to Jamaica Hospital Medical Center in Queens, New York.

Toyin was released later that day and is recovering at the home of friends in New Jersey.

Because he was born in US airspace, he now has an American passport.

‘So much could have gone wrong, but it didn’t. Being on that particular flight, sitting next to a pediatrician…it’s like it was destiny.’ he said.

Dr Hemal still had one more leg on his day-long international journey back to Cleveland.

Soon after he received both a travel voucher and bottle of champagne from Air France.

‘I’m very thankful for the great training we get at the Cleveland Clinic that has prepared us for emergencies and to anticipate the worst and is prepared and make the best out of situations,’ he said.