The University of Florida is being accused of racism after a faculty member forcibly yanked several minority students off the stage during their graduation ceremony.

Shocking video shows the graduates walk across the stage to receive their diplomas as their names are called.

But when some students take a moment to do a celebratory dance, a white male in regalia aggressively grabs them to move them along.

The videos have sparked outrage from alumni, parents and current students who claim the staff member was only physical with black and other minority students.

The incident forced the University of Florida president to issue an apology for the ‘inappropriately aggressive’ behavior. 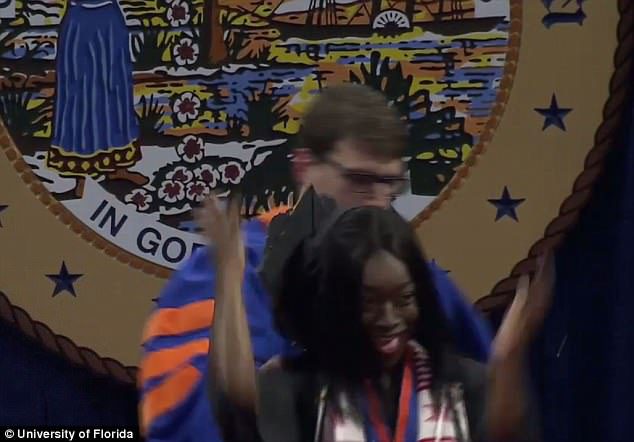 The graduates did a celebratory dance as their names were called, prompting the man to forcibly shove them along 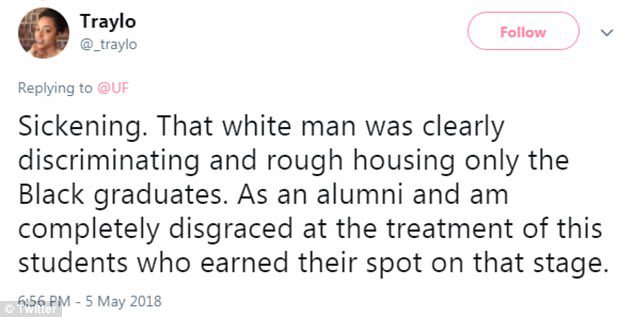 Students, parents, and alumni took to Twitter to express their outrage 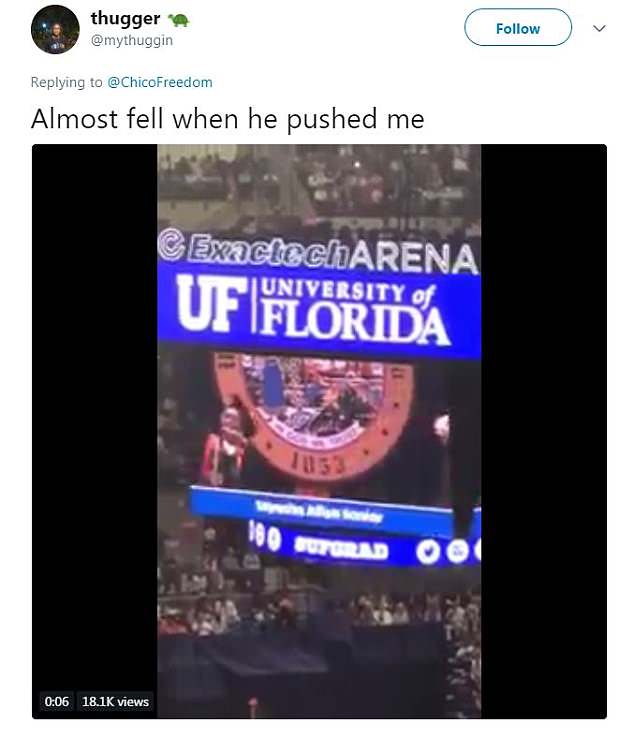 Throughout Saturday’s two-and-half-hour graduation ceremony the man, who has not been named by the school, is seen hurrying students of all ethnicities along as their names are called.

It appears his role was to make sure the students were orderly and swiftly walked across the stage to receive their diplomas.

However, he may have been getting impatient near the end as he aggressively grabs and shoves several male and female students when they stop to do a victory dance.

Those at the graduation posted video footage on Twitter, sparking outrage as people claimed that he was discriminating and only acted excessively violent with the black students.

One Twitter-user wrote: ‘Every time a Black student took more than TWO seconds, he aggressively pushed them.’

An alumnus wrote that she is ‘completely disgraced at the treatment of these students who earned their spot on that stage.’ 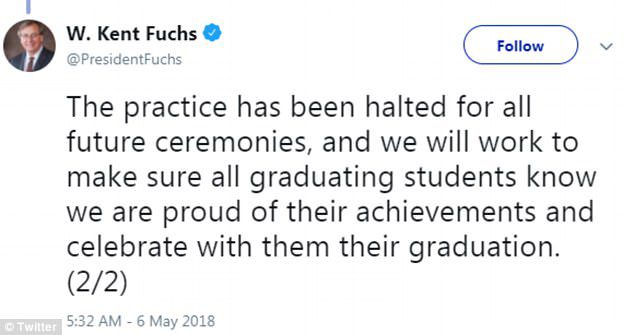 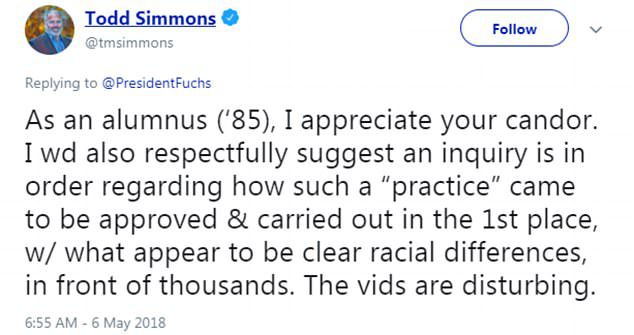 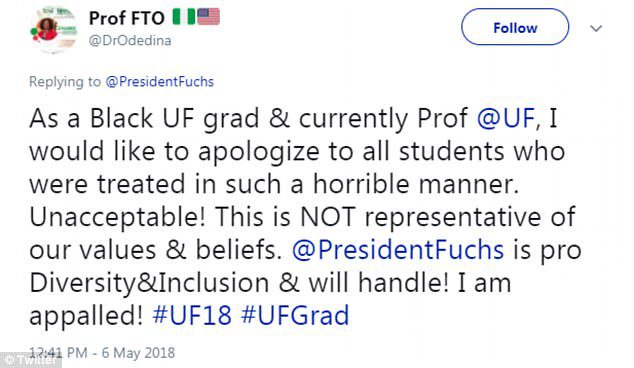 It reads: ‘During one of this weekend’s commencement ceremonies, we were inappropriately aggressive in rushing students across the stage. I personally apologize and am reaching out to the students involved.

‘The practice has been halted for all future ceremonies, and we will work to make sure all graduating students know we are proud of their achievements and celebrate with them their graduation.’

Even then, 1985 graduate Todd Simmons raised his concern over the ‘practices’ the president was referring to.

Simmons, who is also Associate Vice Chancellor for University Relations at North Carolina A&T State University, responded in a tweet.

‘I appreciate your candor. I [would] also respectfully suggest an inquiry is in order regarding how such a “practice” came to be approved & carried out in the 1st place, w/ what appeared to be clear racial differences, in front of thousands. The vids are disturbing,’ he wrote.

It is unclear if any action will be taken by the university against the faculty member. 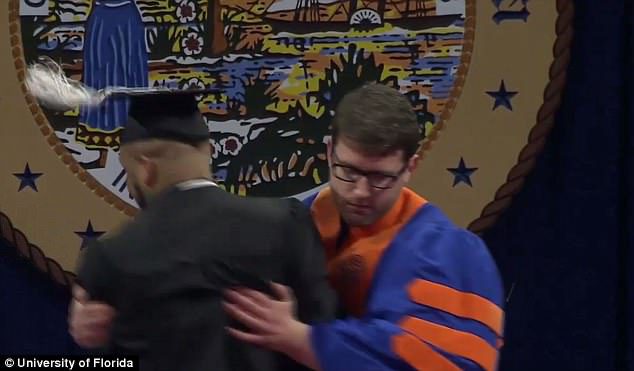