When a man rejected a woman’s advances, she didn’t respond in kind. And, her texts have given the Internet something to really talk about.

According to the man, who goes by the Reddit name Austin Super Sayian, he was talking casually to a girl he’d met. He said she asked him out and he said his answer back to her caused her to go psycho on him.

Amber, as he knew her by, initiated the conversation between the two of him and asked if he’d like to get together for a date.

Austin said he was being honest with her by saying he wasn’t looking to date anyone at the moment. He told her he thought she was cool and had a good personality, but he had things on his plate and didn’t feel ready to take on a relationship. Austin suggested they hang out and do some gaming.

Despite his honesty, Amber wasn’t pleased. In fact, she went off on him. 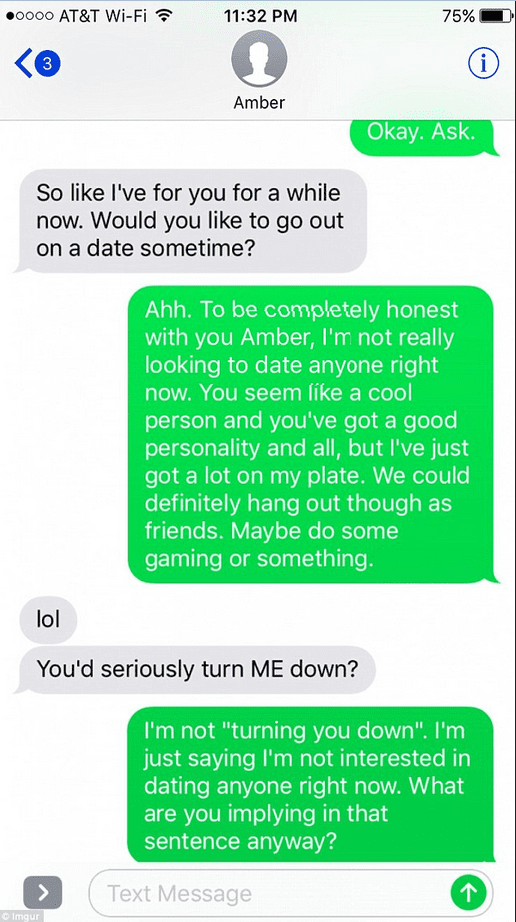 She wrote that she was shocked he was turning her down. She called him a lot of vulgar names and told him to “F” off.

For Austin’s part, he was shocked by the response since Amber appeared to be normal until then. He wrote back to her thanking her for showing her true colors already. Austin told Amber he had no idea she was psycho. He told her never to text him again. 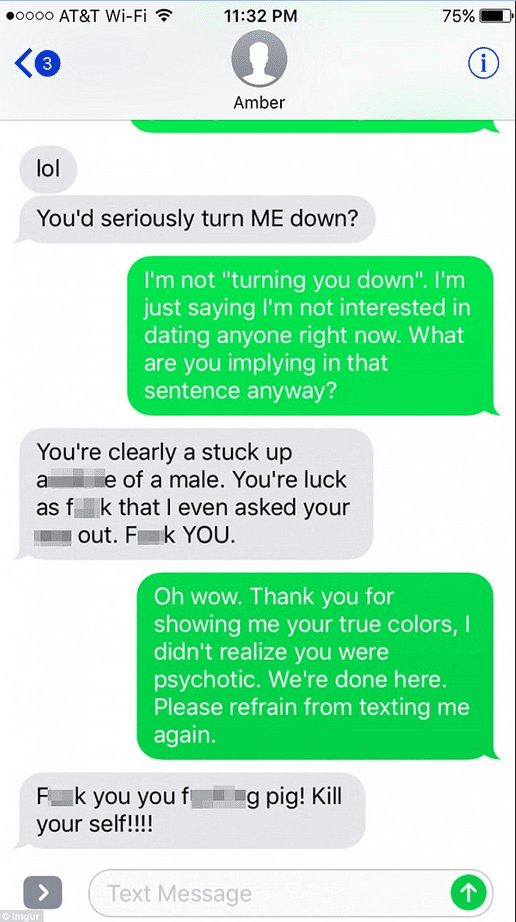 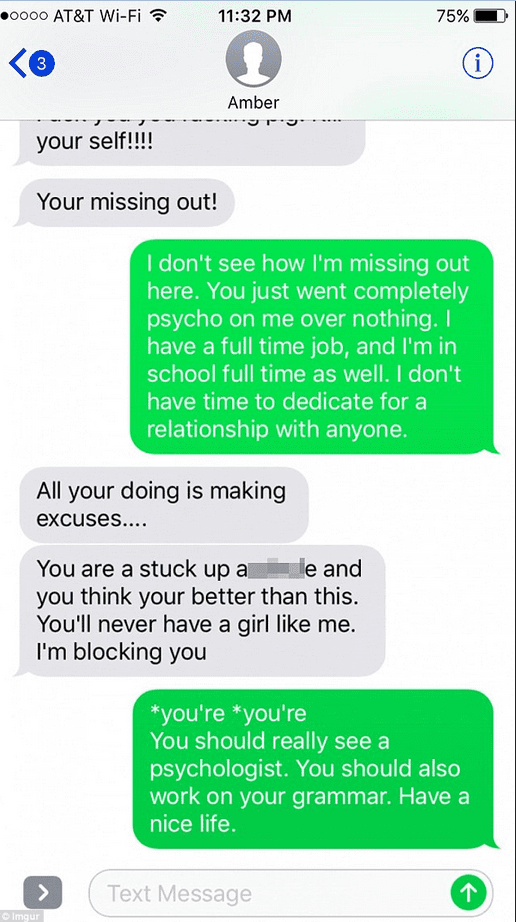 Still, she continued her barrage of insults and even suggested that he kill himself because he was missing out. He replies that he doesn’t feel that way because she went nuts for no reason. Austin said he was working and going to school full-time and had no time to spend time with a relationship with anybody.

Amber accused Austin of coming up with excuses and said she’s blocking him. Austin wrote back that she needed to see a psychologist and work on her grammar too.

When the posts hit the Internet, many people were quick to respond that Austin did the right thing by walking quickly away.