A Chinese schoolboy’s fate has caught the attention of millions of people after a picture of his icicle hair became widely shared online.

The child, from rural China, had just spent more than an hour walking 4.5 kilometres (2.8 miles) to school on a harsh winter morning, according to reports.

Wearing a thin layer of clothes, the boy braved minus nine-degree weather to sit an exam yesterday in a small town in Shaotong, southern China’s Yunnan Province. 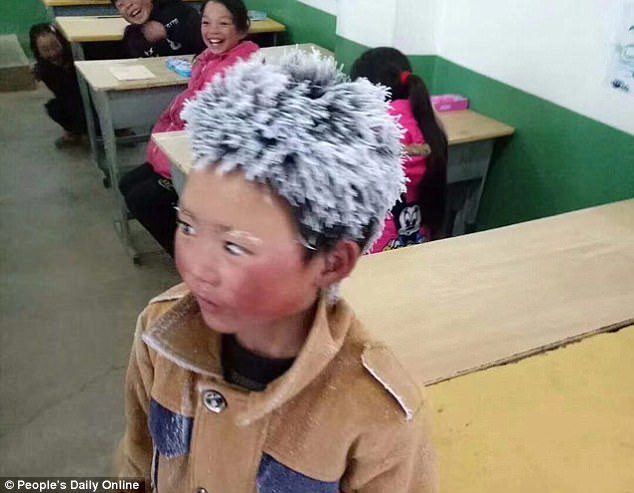 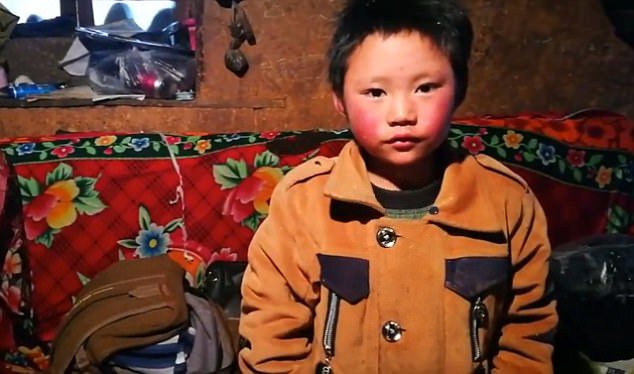 The boy has been named Wang Fuman and he is eight years old. In an interview with Pear Video, Fuman said he was wearing his thickest coat yesterday when he braved snow 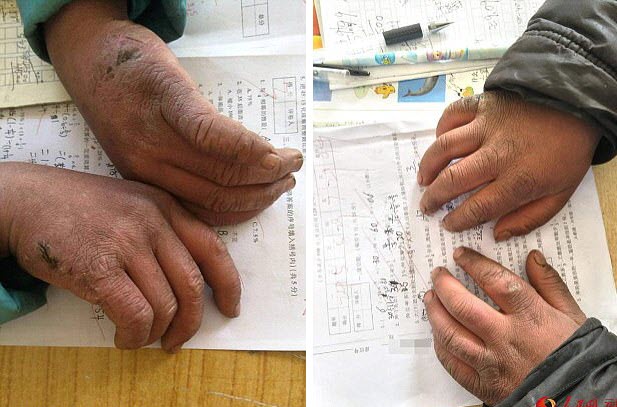 The child’s hands are cracked up as he has to study in a classroom without heating in cold weather. Apparently, his parents are migrant workers and he lives with his siblings in Yunnan

The boy is said to be a third-grade pupil at the Zhuanshanbao Primary School in Xinjie Town, Ludian County, reported People’s Daily Online.

He comes from a less-fortunate family.

His father is a migrant worker in another city and his mother has abandoned him and his father, according to Pear Video.

The boy is named Wang Fuman and is eight years old, according to Pear Video, lives in a bare mud house in Ludian with his grandmother and his elder sister.

The headmaster of the school surnamed Fu said the child’s home is far from school and he spends more than an hour walking to school every day.

His classroom does not have to heat. 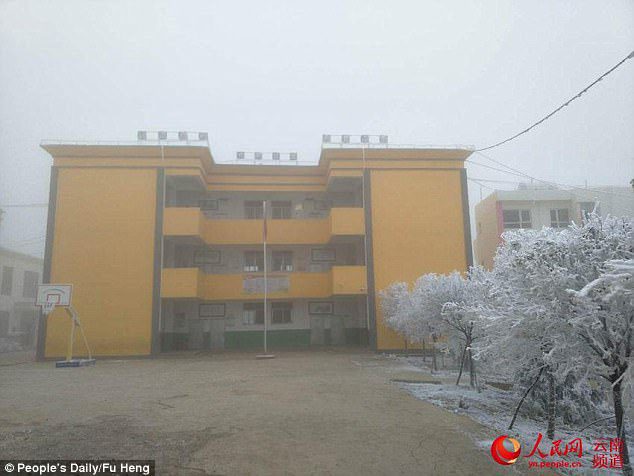 According to the headmaster, the temperature plunged to minus nine degrees suddenly 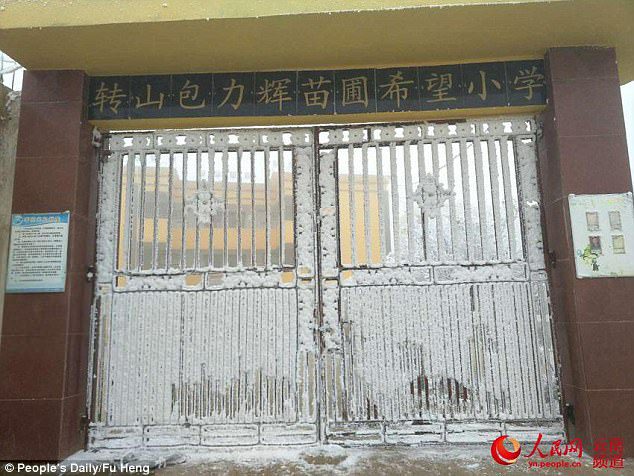 Headmaster Fu said the school’s final examinations started yesterday, but the temperature plunged to minus nine degrees suddenly in the morning. As a result, the boy’s hair and eyebrows were completely covered by frost when he arrived.

Apparently, when the boy’s 16 classmates saw him entering the classroom, they giggled at his funny looks.

The boy didn’t seem to be bothered by the adverse weather either.

‘The child is cute. He pulled a funny face to his classmates,’ Headmaster Fu said.

According to the headmaster, the boy is a hard-working pupil with a particular gift in mathematics. 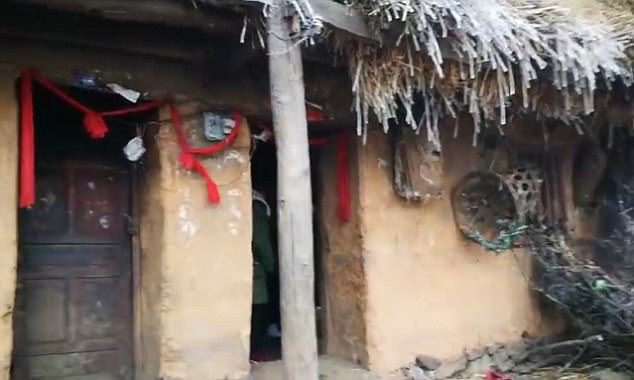 Fuman lives in a bare mud house with his grandmother and his elder sister. The eight-year-old said his father works as a migrant worker in another city and his mother had abandoned them 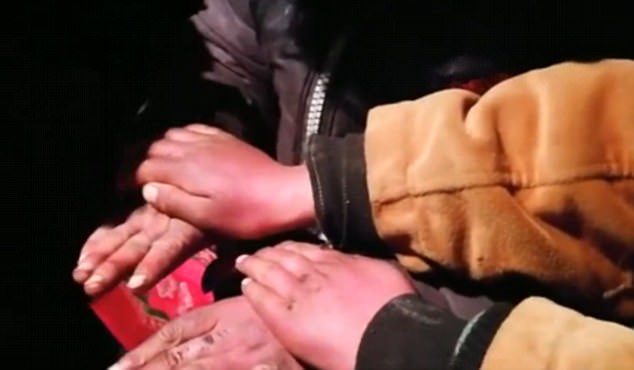 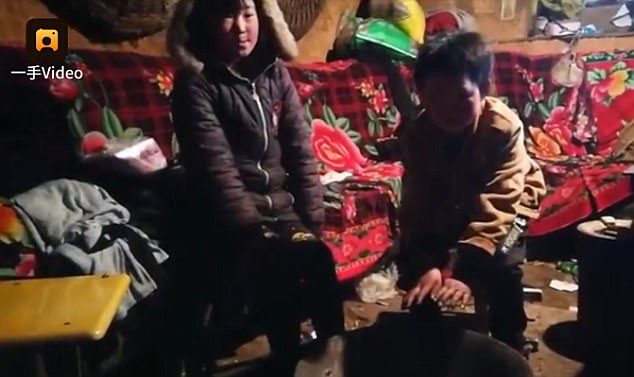 Fuman (right) poses with his elder sister in their dim-lit house in Ludian County, Yunnan

Fuman told a reporter from Pear Video that he got frostbite on his hands because he had to help his grandmother do farm work.

He also said he hadn’t seen his father for a few months and missed him a lot.

After seeing the boy’s picture online, many Chinese web users were moved by his dedication to studying and expressed wishes of supporting him.

One user encouraged the child on Weibo: ‘Study hard to change your destiny. I believe you can.’

Another user lamented: ‘The wealth gap in China is too big. Whenever I see news like this, I think of the weak side behind China’s prosperous appearance.’