A Missouri couple is facing felony child abuse charges court documents show because they assaulted their infant son by putting him in a microwave for a “short period.” 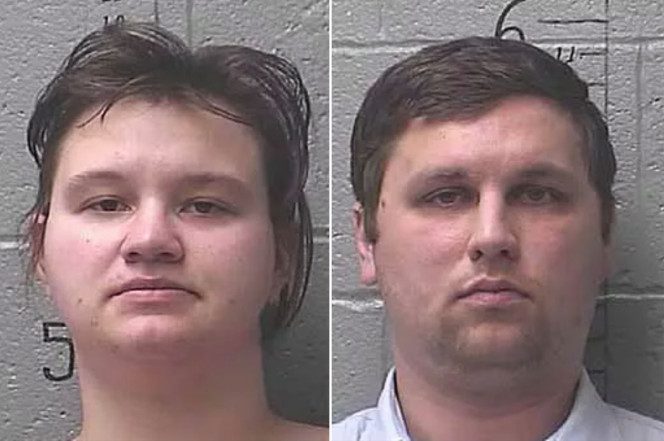 Derick Boyce-Slezak and Mikala Boyce-Slezak, both 22, of Park Hills, were charged in St. Francois County with felony abuse or neglect of a child. Their son was younger than four months at the time and was taken to a hospital in April for a rash on his face that was actually a wound.

Both Derick and Mikala Boyce-Slezak claimed the second-degree burn was caused by a cleaning agent, however, tests later revealed that the boy had a fractured skull and a subdural hematoma, a head injury that can cause swelling on the brain.

Mikala Boyce-Slezak then invoked her Fifth Amendment right during a hearing while Derick Boyce-Slezak did not testify.

After her testimony, it was revealed that the infant had another fracture.

Derick and Mikala Boyce-Slezak, remain in jail on $500,000 bail, also had a baby girl in January 2016 but waived custody of the girl shortly after she was born.