Home
In The News
What Is Shigaraki Tomura’s Sad Backstory In My Hero Academia?

Ever since its inception My Hero Academia Shigaraki Tomura has acted as the main antagonist to our young heroes. While his goal was to kill All Might initially, just like the rest of the villains in League of Villains, it undergoes a significant change as the series progresses. He is shown to have a warped personality and doesn’t care a bit about the lives of others, murdering innocents at will. 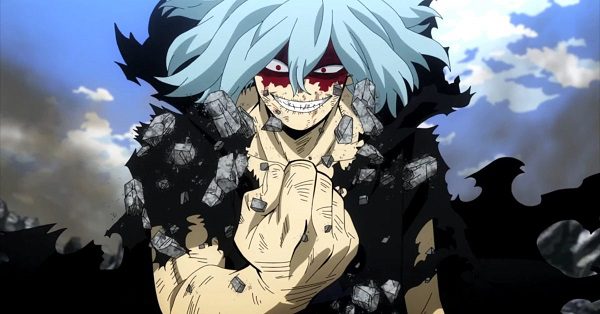 While he was more like a pawn at the start of the series, acting on the wishes of his master and mentor All For One, his character undergoes tremendous development in the later stages of My Hero Academia, setting him on the path to becoming a Villain that could send chills down the spine of someone like Endeavour. The change in Shigaraki comes after All For One is captured, and then later when he confronts and accepts his past. So what exactly is this sad backstory of Shigaraki Tomura that made him go down a dark path?

Why does Shigaraki itch?

When Shigaraki was a child, his scratching was attributed to him by his parents as “allergies” that were flaring up. Though the cause of the flare-ups was never discovered, Tomura attributed it to the house itself, claiming that the four-walled structure was causing him such unease. However, as we read on and the abusive nature of his father swells, the young soon-to-be villain feels his itching grow and notes that it seems to be coming from within himself. 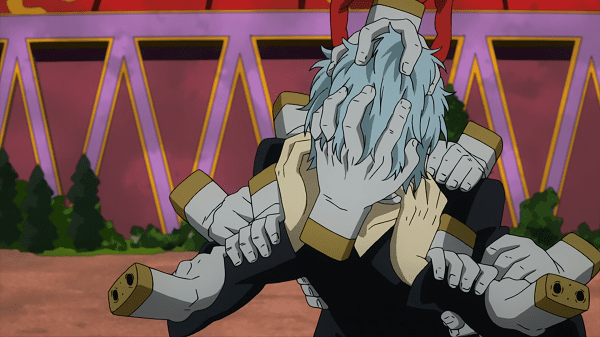 As you can decipher, Tomura’s quirk of decay is seemingly having an adverse effect on his body, with the constant scratching not just being a sign of his emotions, but his power as well. With his ability to make anything decay with a touch, the side effect appears to be an annoying one. With disembodied hands strewn across his person, Shigaraki has one of the coolest designs in My Hero Academia but his background makes you realize just how much of a tragic figure he truly is.

Why does Shigaraki have so many hands?

After he killed his family, Tomura was adopted by All For One. And through him, Shigaraki was introduced to the villain Doctor Guraki. The doctor realized that Tomura moved based on his emotions. Tomura had reached a point of a mental breakdown because of his actions and was on the edge of despair. The Doctor and All For One fanned the hate in him and directed it towards the heroes and the hero society. 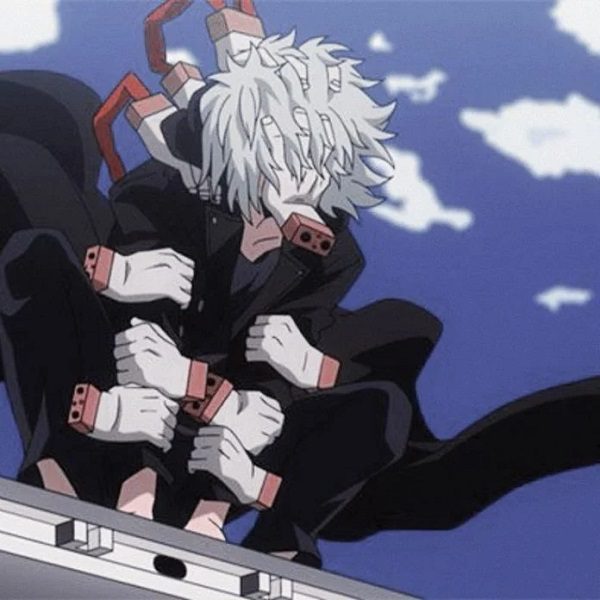 To keep the despair in him alive, the doctor gifted him the hands. Shigaraki wears 14 hands in total across his body. Those hands belonged to his family and the other two people that Shigaraki killed. He wears the hand of his father on his face. That keeps on reminding him of the horrors his father caused him and their mutual hatred for heroes. Shigaraki wears the hands because it reminds him of the pain caused due to his past actions. The hands remind them of the bloodlust that he has and also help to keep his quirk and unstable emotions in check.

Why did Shigaraki change his name?

Changing his name isn’t actually Shigaraki’s idea. All For One gives him the new name. In “Tomura Shigaraki: Origin,” he says he got the first name “Tomura” from the verb “tomurau” which means “mourn” in Japanese. “To express sorrow over death and farewell,” according to My Hero‘s English subtitles.

“Tenko Shimura will be reborn as someone who brings mourning,” All For One tells Shigaraki. As for his last name, All For One gives him his last name. This could be a way to exert power over the young boy, but he is basically the only parental figure Shigaraki has during his formative years and he accepts him when his Quirk seems to have left him with nothing.