On October 1 @ 10:05 p.m. a gunman opened fire on a country music festival in Las Vegas. He killed 58 and injured more than 500. The crowd erupted in chaos during this horrific event, however, several brave people risked their safety to help others. Their heroic efforts saved multiple lives.

The shooting is now being called the worst in modern US history, took place during the Route 91 Harvest Festival. The shots began to ring out at the end of a performance by country star Jason Aldean. It was determined to have come from the window of a hotel room in Mandalay Bay Resort. The perpetrator, 64-year-old Stephen Paddock, later shot himself after the massacre before police could apprehend him.

In honor of all victims and their loved ones, here are some heroic stories from the harrowing night below.

#1 Jonathan Smith, 30, Saved ~30 People Last Night Before He Was Shot In The Neck. He May Have To Live With The Bullet For Rest Of His Life 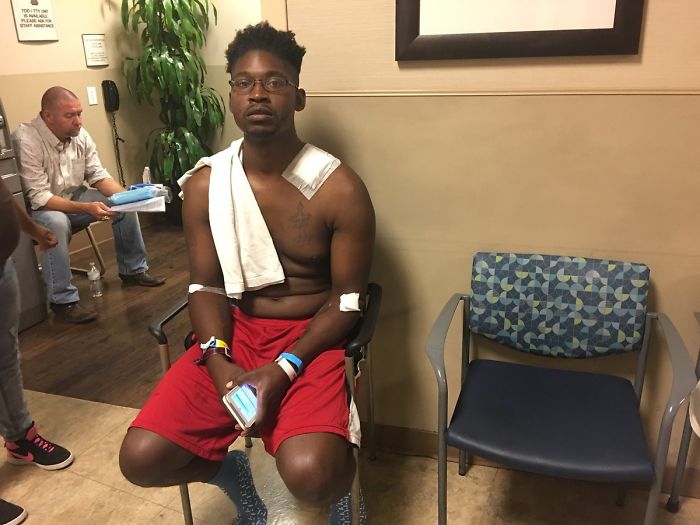 Jonathan Smith was at the Route 91 Harvest Festival celebrating his brother’s 43rd birthday. He is a copy machine repairman from Orange County, CA. They initially thought they were hearing fireworks when Jason Aldean finished his song. But when the country singer ran off the stage, the lights went out and the music stopped, it was clear what was really happening. There was a stampede of fleeing concertgoers that followed.  Smith was separated from all 9 of his accompanying family members but did his best to corral groups of terrified people and take them to safe hiding places. “Active shooter, active shooter, let’s go! We have to run,” he repeatedly shouted. When he urged a group of young girls to get on the ground, a bullet struck him in the neck. There was an off-duty San Diego police officer there who helped stop his bleeding until help arrived. Smith thankfully survived, and so did his entire family, he may have to live with a bullet in the side of his neck for the rest of his life. Doctors feared further injury if they tried to remove it. “I would want someone to do the same for me. No one deserves to lose a life coming to a country festival,” Smith told Washington Post.

The above  Twitter post was shared by Jake Beaton of Bakersfield, CA for his father, Jack Beaton, who was tragically shot and killed while shielding his wife, Laurie. “He put Laurie on the ground and covered her with his body and he got shot I don’t know how many times,” Laurie’s father, Jerry Cook, said.  “Laurie was saying he was bleeding through the mouth, bleeding profusely, she knew he was dying. He told her he loved her. Laurie could tell he was slipping. She told him she loved him and she would see him in heaven.” Beaton reportedly “never passed up an opportunity to give somebody a hand.” 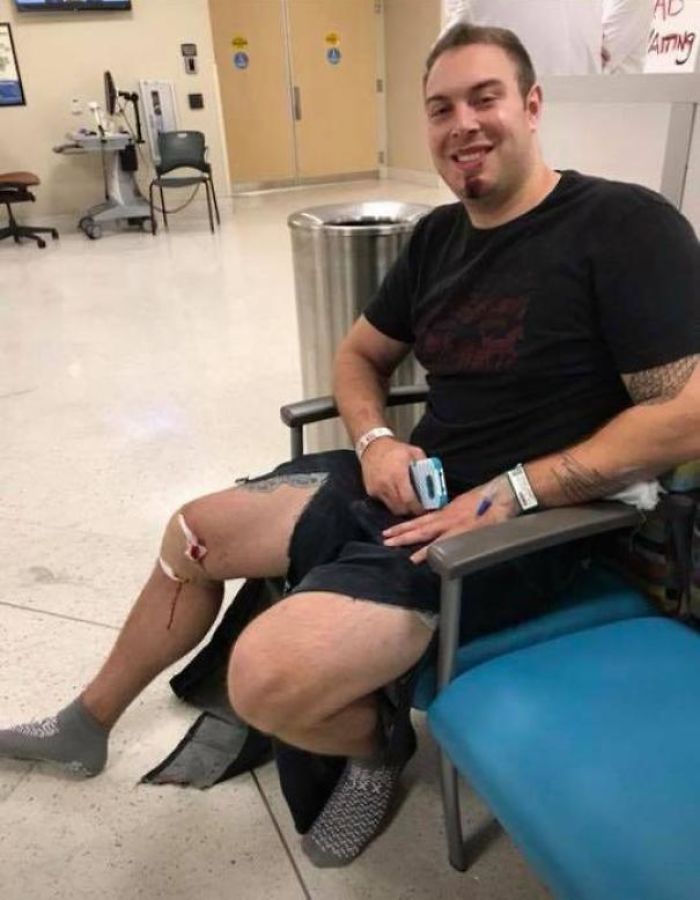 This photo above was posted by Reddit user tynation. It has received more than 159 thousand upvotes. The user’s sister has yet to come forward with her side of the story and is reportedly dealing with intense anxiety.

#4 Sonny Melton With His Wife, Heather. He Was Sadly Killed While Covering His Wife During The Las Vegas Shooting 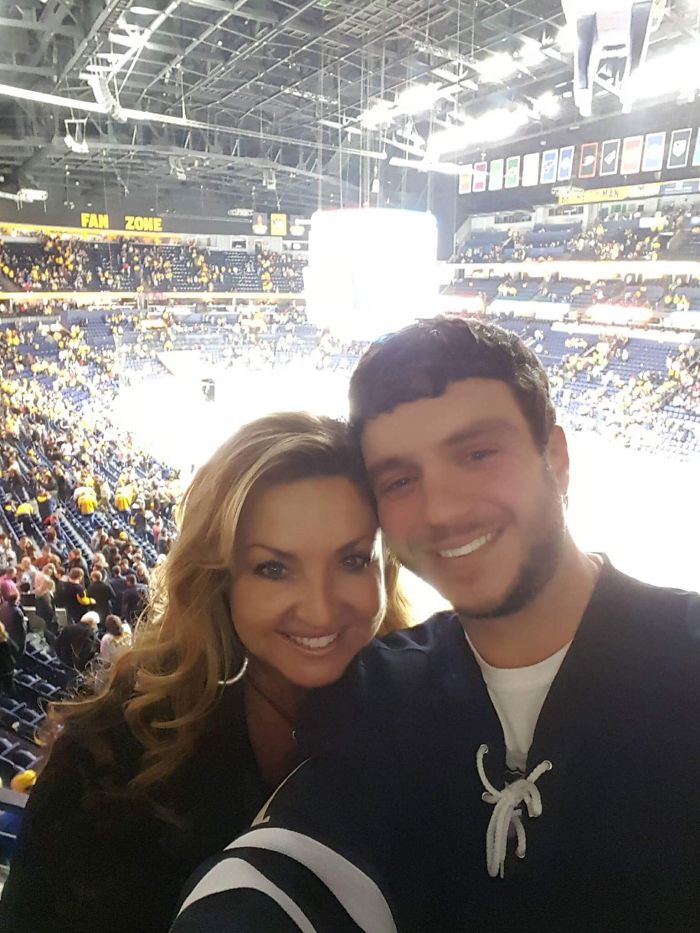 Sonny Melton was a nurse from Big Sandy, Tennessee, celebrating his first wedding anniversary with his wife, Heather.  When the shooting began, Sonny grabbed Heather and began running, shielding her from harm. He was fatally shot in the process. “He saved my life… I felt him get shot in the back,” Heather told a Tennessee radio station. She went on to write that she had lost her “true love and knight in shining armor” in a mournful Facebook post. “Sonny was the most kind-hearted, loving man I have ever met. He saved my life and lost his.”

#5 Former Marine Taylor Winston And His Friend, Jenn Lewis, Found A Truck With Keys In It And Transported About 2 Dozen Priority Victims To The Hospital 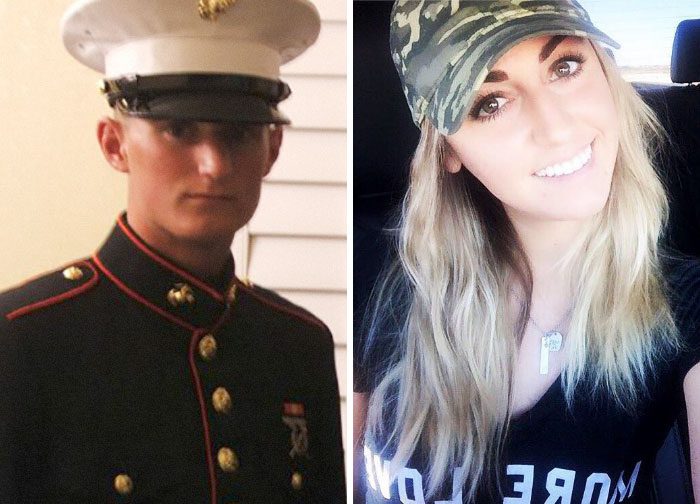 29-year-old Taylor Winston was near the side of the stage when the Route 91 shooting began. He fled the scene unharmed along with his friend, Jenn Lewis. That’s when they spotted a work truck with keys in the ignition and without a second thought, they began seeking out critically wounded people and putting them in the truck. “People needed to get out of there, and we tried the best we could to get as many as we could,” Winston said. They transported about  2 dozen people to the hospital after a squad car escorted them through traffic. 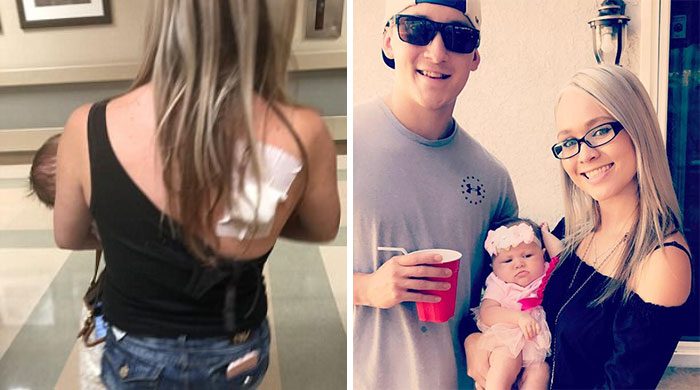 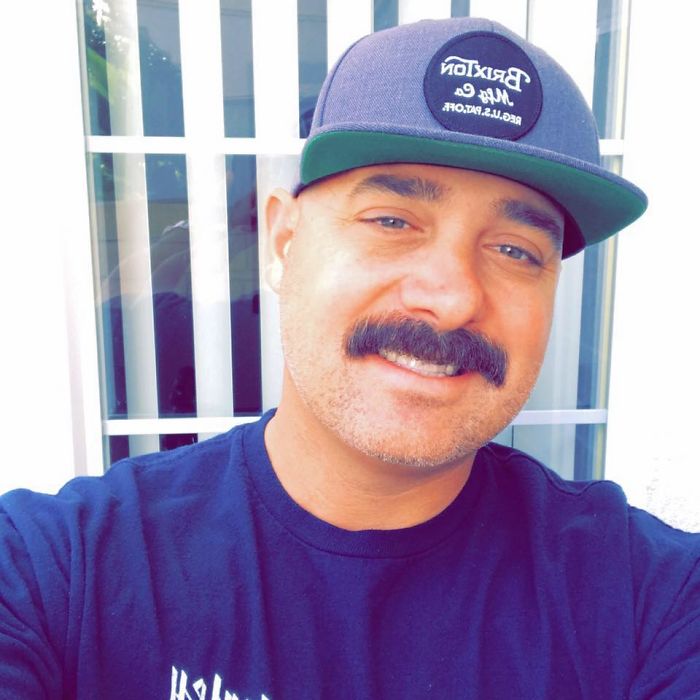 “Prayers needed. Lot of people hit. A lot killed,” firefighter Steve Keys wrote in an emotional Facebook post. He was one of the first responders at the scene and was performing CPR on a wounded woman when a bullet grazed his chest and stomach. Despite that he was bleeding, Keys stayed on-site and continued helping whoever he could.  He was  later picked up by a friend and driven to be treated. “I’m ok. But a lot of people aren’t. I am lucky,” he further wrote. 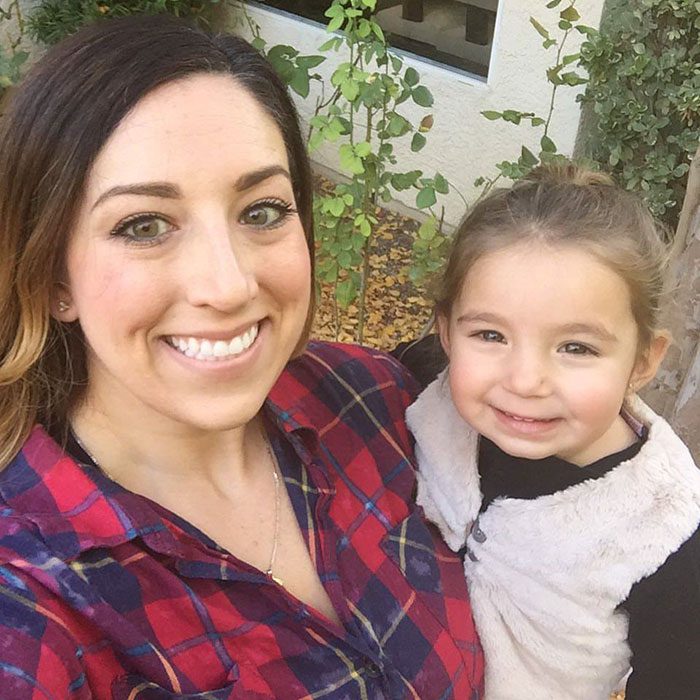 San Diego resident Carly Krygier was seated in the back of the music festival with her young daughter. “I put the baby on the ground and got on top of her,” Carly said. They later fled behind a set of bleachers, and then ran to the nearby Tropicana Hotel with a crowd. Krygier went on to note that her daughter was “incredibly brave,” and did not “cry or scream or ask what was going on.” Both mother and daughter thankfully escaped with no injuries. 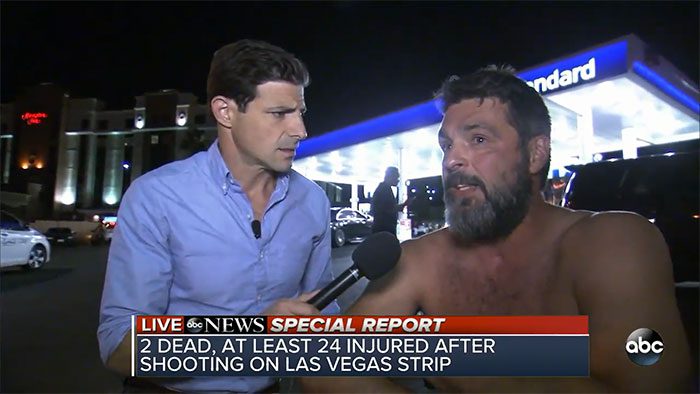 Retired teacher  48-year-old Mike Cronk was immediately aware of what was going on. His senses were heightened when his 52-year-old best friend, Rob MacIntosh, was shot 3 times. “I saw him there and I wasn’t going to leave him,” Cronk said. With the help of some EMTs and ex-military members, he successfully moved Rob under the concert stage. He stabilized him by compressing his wounds with his own shirt. Cronk then went on to help load other injured people into an ambulance. One of whom tragically died in his arms. “It could have been me that got shot. So many people… very thankful right now.” 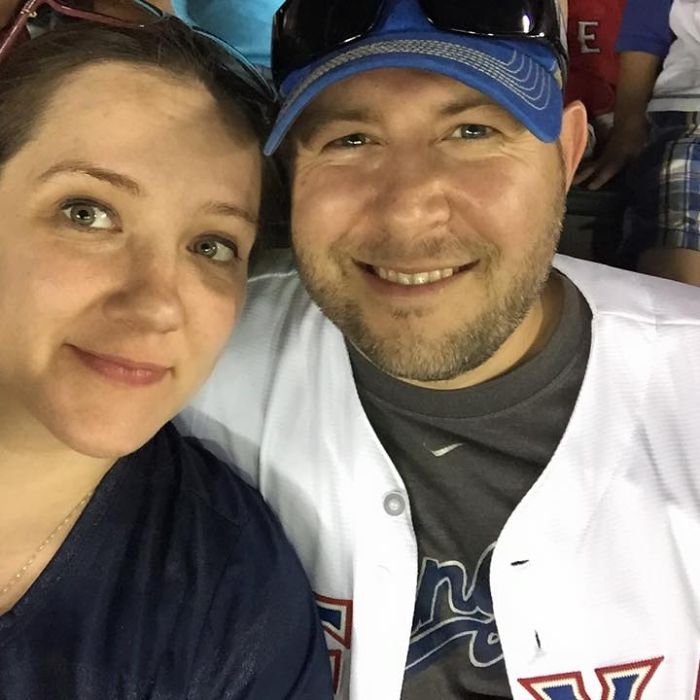 Chris Bethel is an Iraq war veteran who was in Las Vegas for an IT conference. He was in his room at Mandalay Bay Resort when he heard gunshots just 2 floors up from his hotel room. He immediately called the police. At that point, he had no idea that the man in the room right above him was committing the deadliest mass shooting in modern US history. “I crouched by my front door, in hopes that I might get the opportunity to see the shooter if he ran by and I could identify him,” he said. Bethel’s call later helped the police trace the shooter’s location, where they found him dead from a self-inflicted gunshot wound.

#11 Mike Mcgarry, A Financial Adviser From Philadelphia, Threw Himself On Top Of His Children As Shots Rang Out. ‘They’re 20. I’m 53. I Lived A Good Life’ 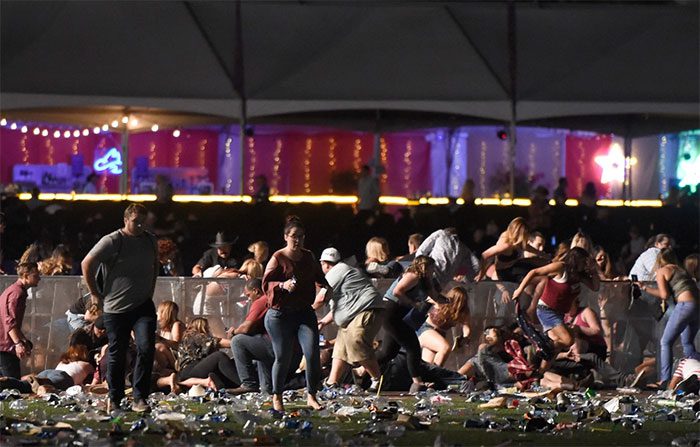 Philadelphia financial adviser Mike McGarry threw himself on top of his children to protect them when the gunshots broke out. “They’re 20. I’m 53,” he was quoted as saying. “I lived a good life.” While the fleeing crowd became a stampede, McGarry ended up with footprints on the back of his shirt from where people had stepped on him. Thankfully, he and his children escaped unharmed. 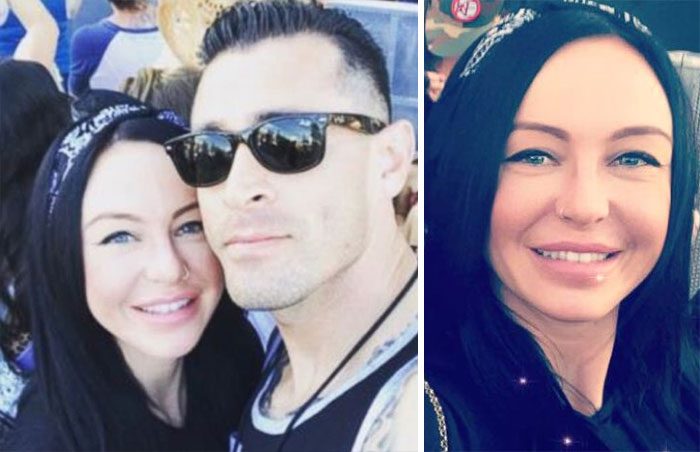 Lindsay Padgett, 29-years-old,  thought the loud popping sounds were just part of the show – until people started screaming to ‘get on the ground.’ “I thought for sure we were all going to die,” she said. When the gunshots subsided, Padgett and her fiance, Mike Jay, fled the scene unharmed and fetched their truck. “We realized there were people everywhere that needed help and on stretchers… People saw that we had a truck, so we said, ‘Fine, yeah,’ and started to pack everyone in.” On their way to the hospital, with 10 people on their backseat, they encountered a stopped ambulance and transferred their most critically injured passengers. They continued on to bring the rest to the emergency room. “We were ready to go back and get more people, but my cousin called me because they were scared… So we went there to get my cousin and my family.”

#13 He’s A Police Officer That Was One Of The First There. This Was The Back Seat Of His Police Care After Having To Put A Woman Inside With Gunshot Wound To The Head 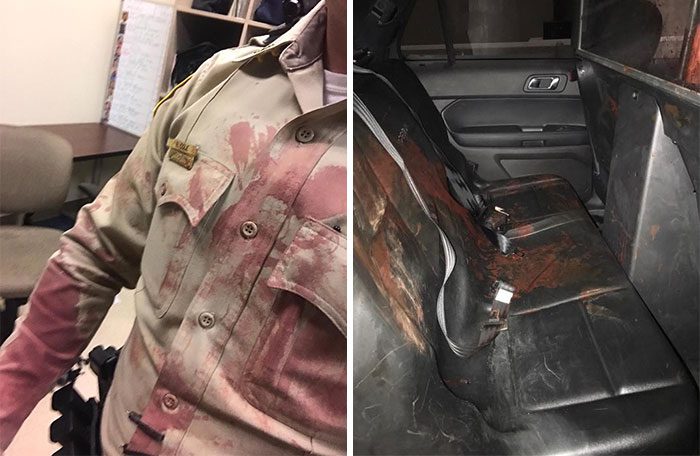 Officer Richard Cole was one of the many police officers who responded to the gruesome scene of Sunday’s brutal massacre in Las Vegas. His cousin shared the following photos of his squad car and uniform after helping wounded victims. One of which was a woman with a gunshot wound to the head.

#14 Los Angeles Fire Captain Mark Mccurdy Saved His Sister-In-Law, Jessi Presten, After She Was Shot And Carried Her Back To The Hotel Room 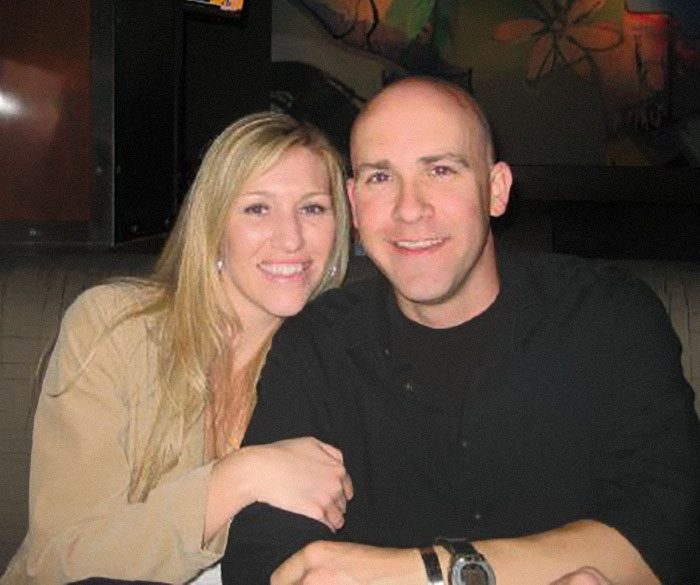 Los Angeles fire captain Mark McCurdy was at the Route 91 festival with his wife, Kelly, and her sister, Jessi Preston. Jessi was shot, and McCurdy discreetly carried her to Luxor hotel. McCurdy then went back to the danger zone to see if any more help was needed. He then had an ambulance take Jessi to Sunrise Hospital. 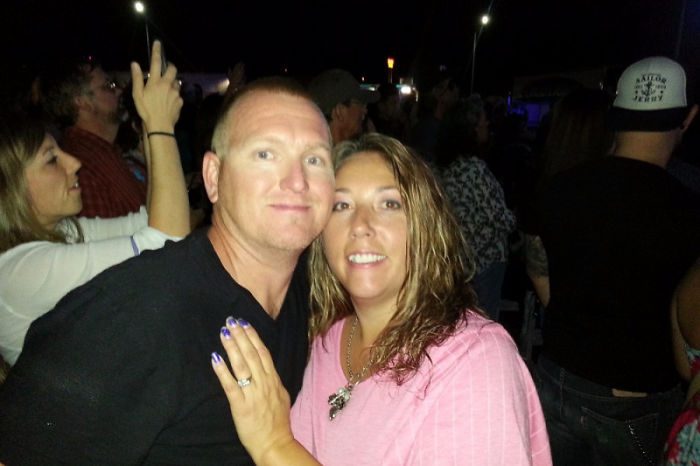 Kurt Fowler, an off-duty firefighter from Lake Havasu City, Arizona, shielded his wife from gunfire. He was shot in his right leg and seriously wounded in the process. He has since had surgery and is expected to recover. “Kurt is a very devoted family man. Good father, good husband,” Erickson and Desert Hills fire captain Steve Bunn said. “He’s one of our brothers, and we’re doing the best we can to support him and his family.”