A woman on board a Carnival Cruise Line ship died after she fell from her cabin’s balcony.

The woman, who has not yet been identified, died early Friday morning on the Carnival Elation, which was traveling from Jacksonville, Florida to The Bahamas, the Miami Herald reports.

She fell onto a deck ‘several’ stories below, Carnival spokesman Vance Gulliksen said.

‘There was blood everywhere,’ a woman on board texted her mother, who then told the Herald. 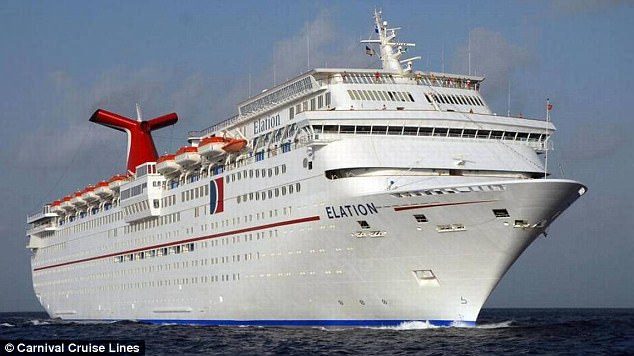 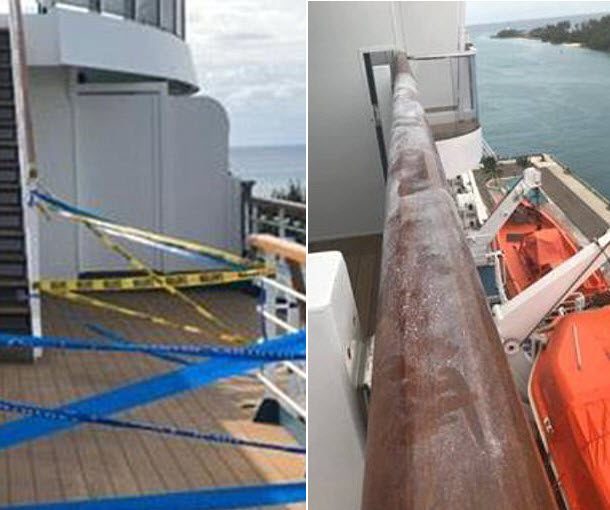 ‘There was blood everywhere,’ a woman on board texted her mother, who then told the Miami Herald. Pictured are scenes from the incident. Photos courtesy of Cruise Law News

‘The ship’s medical team responded immediately, but, unfortunately, she passed away,’ Gulliksen said in his statement.

‘The incident was reported to all proper authorities and CARE Team support was offered to fellow travelers and her family. Our thoughts and prayers are with the deceased and her family.’

The Elation was on a four-day journey to Freeport when the fall occurred.

The passenger who texted her mother said the ship was held in Freeport while authorities investigated the incident.

In the past calendar year, Carnival has seen three death-by-falling incidents.

In October 2017, 8-year-old Zion Smith, of The Bahamas, died after she fell from the Carnival Glory while it was docked in Miami 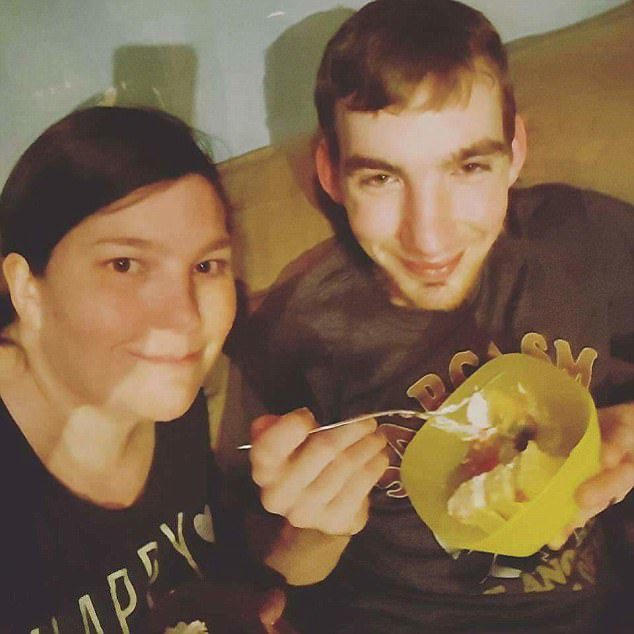 Zion Smith, 8, fell off the fifth-story deck of Glory while the ship was docked at a Miami port in October 2017. She fell to the third story and died.

Zion, who is from Nassau, The Bahamas, was traveling with her brother, mother and her mother’s boyfriend when she tragically died.

Her uncle, Damien Fox, told ABC Local 10 at the time that some family members on the ship believed several people were pushing in an attempt to get out of an elevator may have accidentally caused the girl to fall.

And in February 2017, Kevin Wellons of Georgia fell from the 11th-floor deck of the Elation into the water while the ship was near the Bahamas.

His wife reported the 24-year-old missing the morning after his fall, and a 1,300-square-mile Coast Guard search for his body proved futile.

The cruise ship line was also hit with controversy in December when a family from Florida found a secret video camera had been hidden in their cabin while they were traveling aboard the Fantasy.

And in May 2016, the Adonia’s inaugural trip to Cuba was not without scandal as it emerged that some of the 700 passengers might have caught the dreaded norovirus. 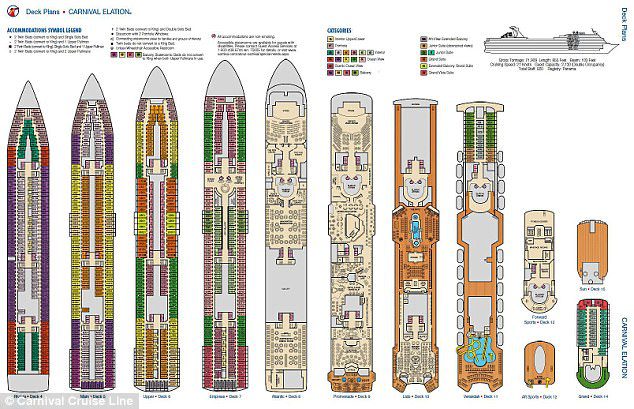 Pictured is the deck plan of the Carnival Elation ship. The floor from which she fell has not been released