Home
Humanity
When The School Unjustly Punished Her Grandson, One Grandmother Jumped Into Action And Got Some Surprising Results…

A first-grader by the name of Hunter was separated from his classmates at school after being late for class. Pictured below is Hunter in the cafeteria where he is behind a poster at lunch: 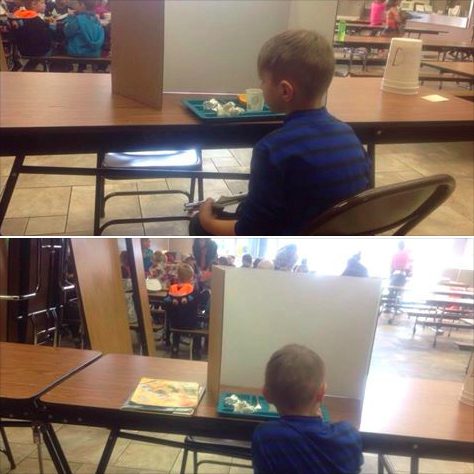 The photo first surfaced when Hunter’s grandmother, Laura Hoover, posted it to Facebook, where she said the following:

After pressure from the local community, Laura reported that, “This issue has been resolved. The cardboard partition will no longer be used for any detention of any kind. Thank you for your overwhelming support and outpouring of compassion.”

However, the story doesn’t end there…

The community also began to organize to fix up Hunter’s mother’s old Durango. But after realizing that the repairs would be too costly to make sense, local businesses pooled their resources and gave the family a 2001 Chrysler van. 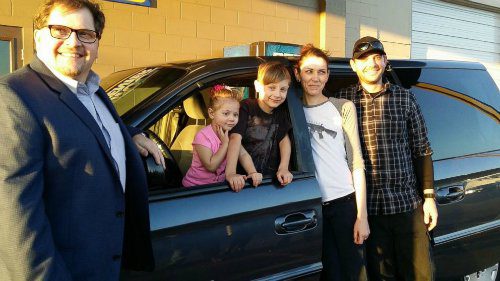 From now on Hunter should be able to get to school on time, and no other children at his school will be punished that way again.