The man who killed four people at a Waffle House in Tennessee on Sunday has been arrested in a wooded area behind his apartment following a 36-hour manhunt.

Aaron said Reinking has immediately requested a lawyer and refused to make a statement.

Reinking was taken to Nashville General Hospital to be checked out and has since been booked on four counts of criminal homicide.

A picture released of Reinking following his arrest showed he had scratches in his arms and mud on his jeans after hiding out in the woods. 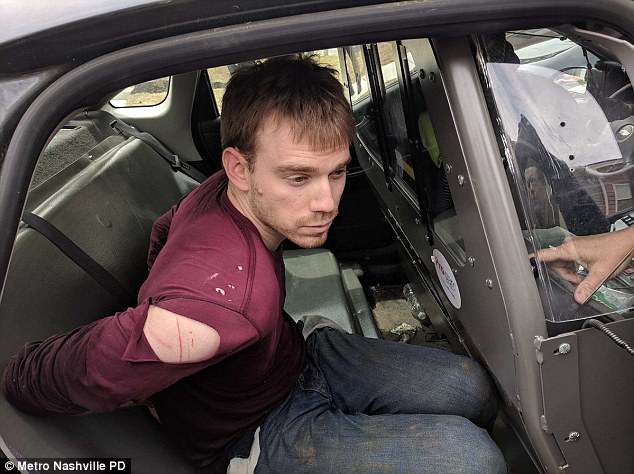 Travis Reinking, 29, has finally been captured after he allegedly murdered four people at a Waffle House in Antioch, Tennessee on Sunday. He is pictured here following his arrest 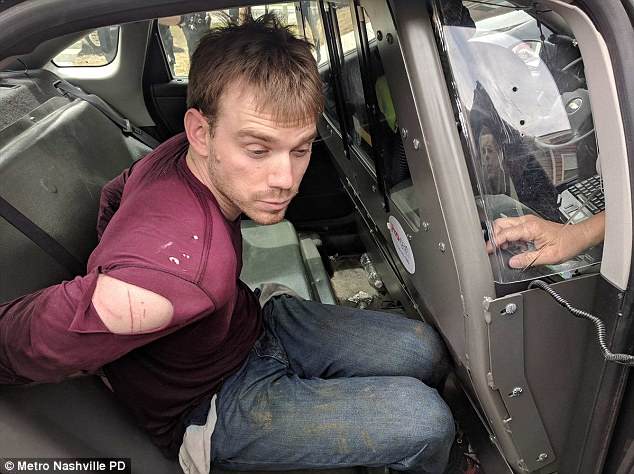 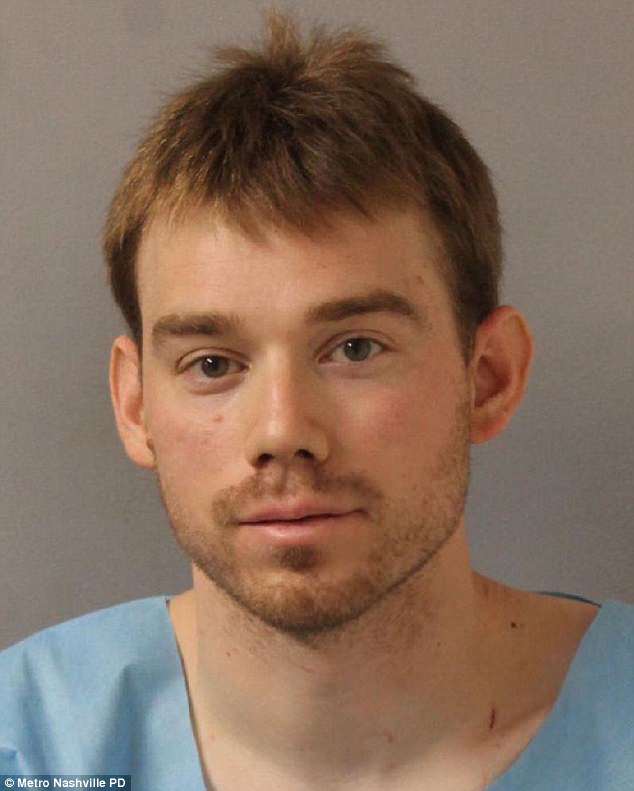 Reinking has been on the run since Sunday when he opened fire at a Nashville-area Waffle House – killing four and injuring several others.

A SWAT team, bomb squad, police dogs, and helicopters have all been on hand during the nearly two-day search for Reinking.

Officers had focused their search efforts on overgrown wooded areas in Antioch and south Nashville after Reinking was spotted running into the woods near his apartment complex. 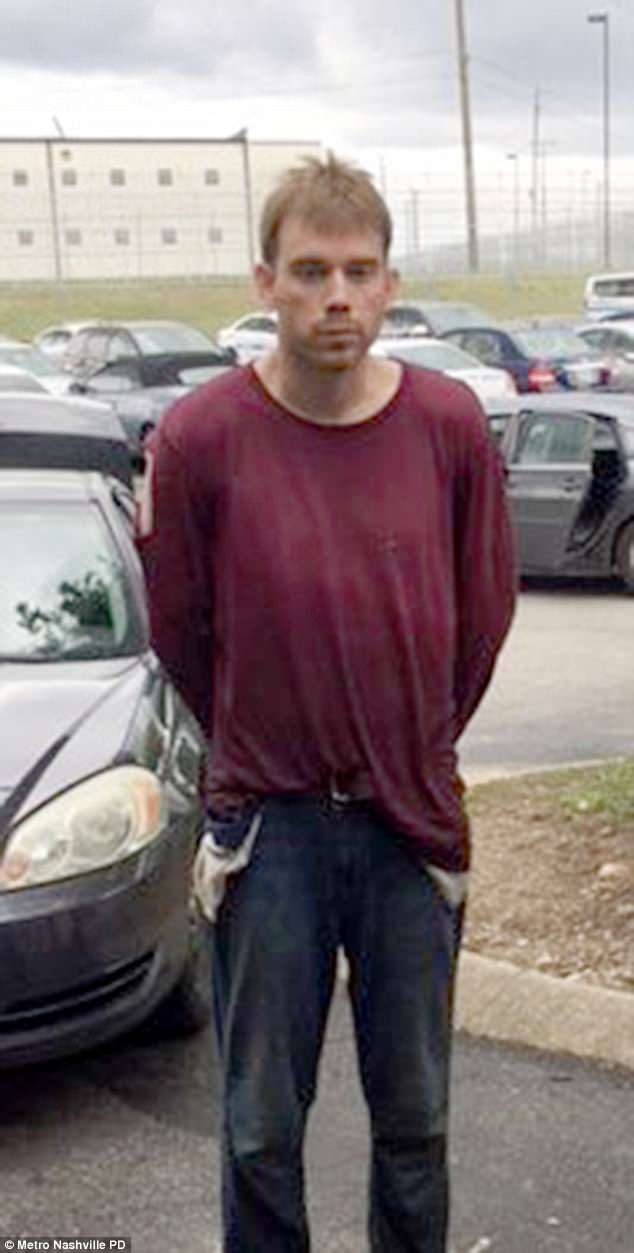 Reinking was taken to Nashville General Hospital to be checked out and has since been booked on four counts of criminal homicide. He has refused to make a statement to police 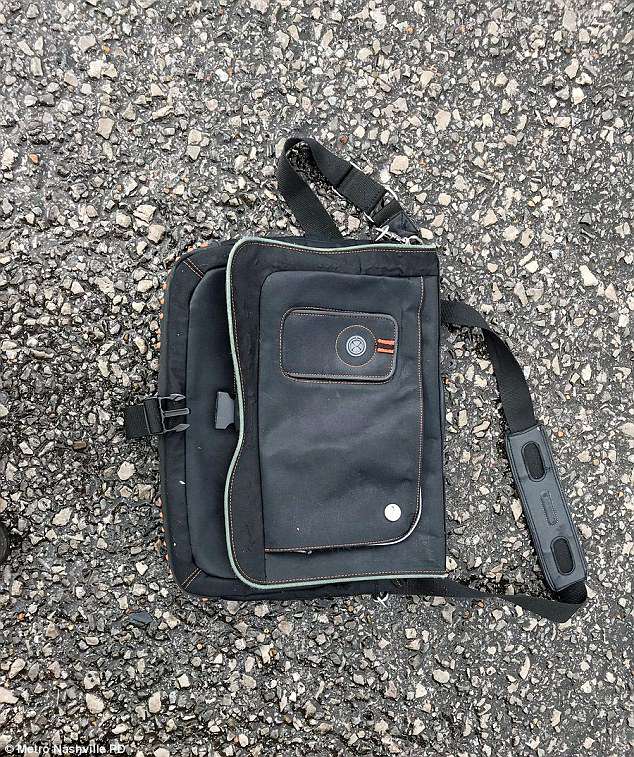 This laptop bag, empty except for a handwritten ID card bearing the name Travis Reinking, was found by a citizen near the I-24 Old Hickory Blvd interchange. It is unknown whether it was discarded before or after the shooting

More than 100 Nashville police officers went door-to-door during the search, where they were joined by dozens of agents with the FBI, the US Bureau of Alcohol, Tobacco, Firearms and Explosives, and troopers with Tennessee Highway Patrol.

But Reinking would ultimately be arrested in a wooded area less than one mile away from his own apartment.

Authorities revealed that Reinking was captured following a citizen’s tip on Monday afternoon.

One person reported seeing a man who matched Reinking’s description near 5000 Mountain Springs Dr, where he lives.

Lydia French said she saw Reinking look ‘shocked’ and ‘disoriented’ and that he saw her call 911. 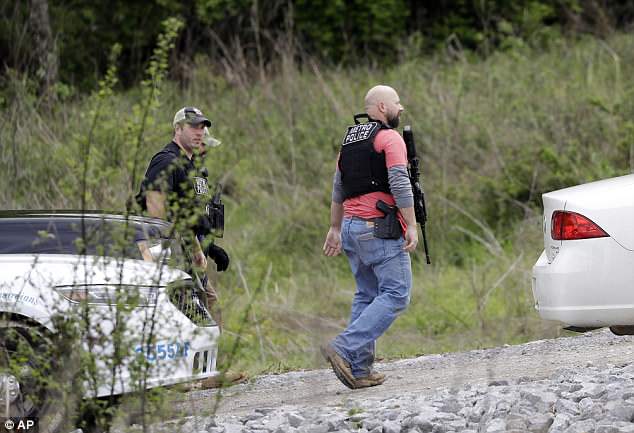 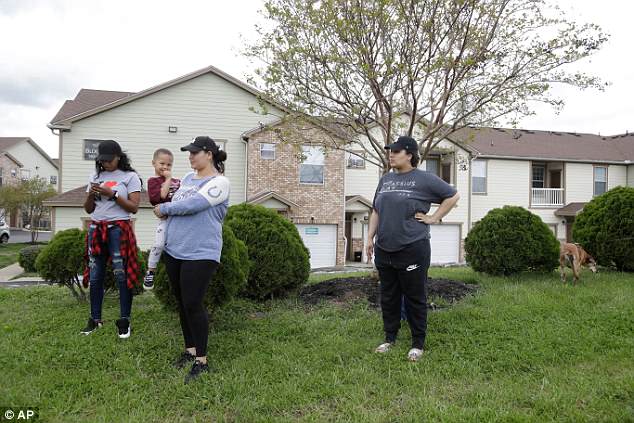 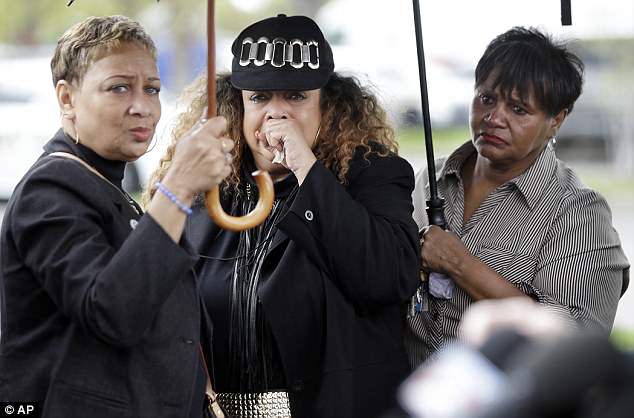 A woman (center) who would only be identified as the godmother of shooting victim DeEbony Groves, cries as she listens at a news conference regarding Reinking’s capture

‘When he has seen me on the phone, he kept looking, really nervous,’ she told the Tennessean.

The citizen reported that the man had gone through a construction site behind the apartment complex and into a wooded area.

Authorities arrived at the scene in undercover cars and one officer spotted Reinking in front of him, Lt Carlos Lara said during the press conference. 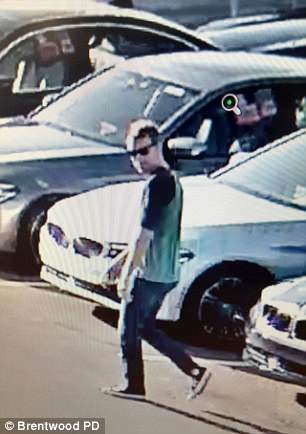 Just four days before the shooting, Reinking stole a car from a BMW dealership and led police on a brief chase before escaping (pictured is footage from the dealer’s surveillance camera)

The officer drew his gun and ordered Reinking to get down. Authorities said he surrendered immediately without resistance and made no statements.

After Reinking was placed in cuffs, detectives cut off a black backpack strapped to his back.

Inside was a semiautomatic .45-caliber handgun, ammunition, a holster, and a flashlight.

Reinking also had his wallet on him, which contained a Colorado ID that police used to confirm his identity.

Aaron noted that the area Reinking was found had been the subject of ‘extensive searching’ on Sunday after he was first spotted near there around 8.30am.

Witnesses on Sunday said Reinking had been topless, but he was arrested on Monday wearing a maroon shirt, Aaron added.

Nashville Mayor David Briley thanked the community for its vigilance in reporting sightings of Reinking.

‘A tip from the community is what led to the arrest today, and their being vigilant is an important part of what happened today,’ he said.