Building coatings can have a significant influence on the ability of buildings to reflect heat, keep living spaces cooler and lessen our reliance on air conditioners. A study from NASA in 2012 found that white coating in New York City could reduce peak roof temperatures by an average 43°F (24 °C).

The latest in climate change-fighting technology has been born! Radiative cooling is a highly promising method that promises to lessen global warming and reduce space cooling costs. To reach this goal, scientists have cooked up paints with special reflective properties which incorporate Teflon – able reflect 98% of incoming sunlight back into space where it came from; others inspired by beetle scales produce white paint made entirely out of recycled plastic. 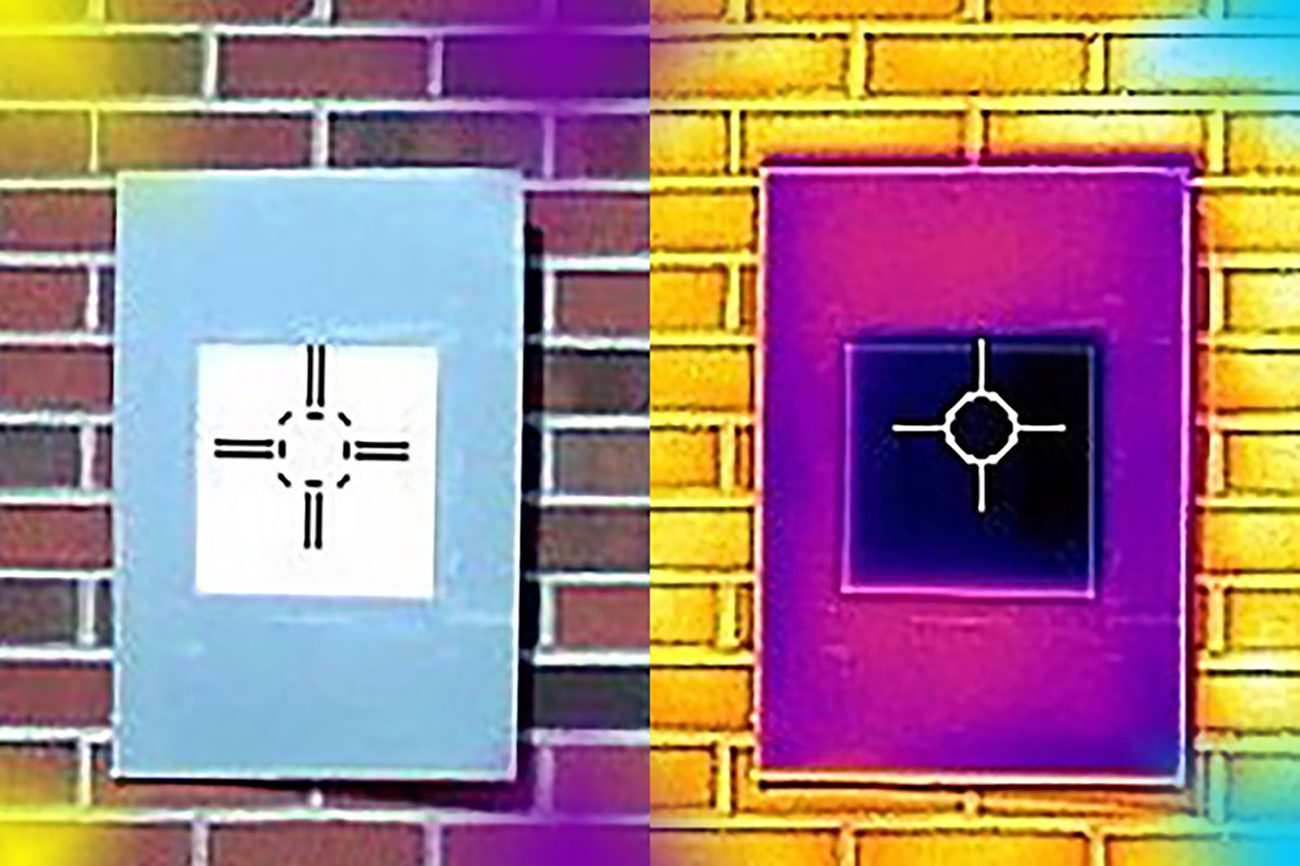 Scientists at Purdue University have now created the reflective paint, and it’s capable of reflecting 98.1% sunlight. This new invention is said to provide similar cooling effects as standard air conditioners do. Last year the same group demonstrated an ultra-white paint that could reflect 95.5%. It’s incredible how far these new materials go above what is commercially available with only 80 to 90% reflectance rates in comparison.

If you were to use this paint to cover a roof area of about 1,000 square feet (93 sq m), we estimate that you could get a cooling power of 10 kilowatts. That’s more powerful than the central air conditioners used by most houses.

A mix of particles made from barium sulfate and white photographic paper results in this record-breaking, ultra-white paint. To avoid the paint peeling or crumble, it is important that there is a good balance of these particles in the mixture.

A high concentration of particles that are also different sizes gives the paint the broadest spectral scattering, which contributes to the highest reflectance.

The paint has been shown to be efficient in reducing temperatures. Researchers used thermocouples (high-accuracy temperature reading equipment) and tested the efficiency of this product outdoors where they demonstrated that it could keep surfaces 19°F (10.5°C) cooler than their ambient surroundings at night, and 8°F (4.5°C) cooler during the peak noon hours where the sunlight is strong.

The paint’s solar reflectance is so strong that it can keep a room cool during the middle of winter. An outdoor test in ambient temperatures of 43°F (6.1 °C) showed an 18-degree drop.

The research was published on April 15, 2021, in ACS Applied Materials & Interfaces.