A single-mother was found dead next to her 13-year-old son after the pair plummeted from a ninth-floor window.

Elena Oldenburg, 30, who could not afford a wheelchair for her disabled son with cerebral palsy, allegedly jumped out of a window in Russia’s southern Samara Oblast region in the city of Tolyatti.

According to local media, the struggling mother had become exhausted of caring for her son and decided to take their lives due to their increasingly difficult situation. 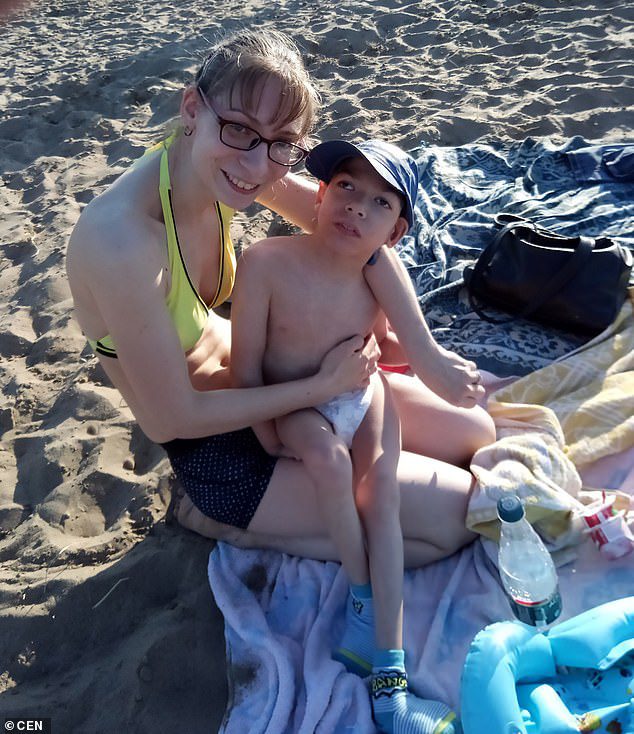 Single-mother Elena Oldenburg, 30, was found dead next to her 13-year-old son with cerebral palsy after the pair plunged from a ninth-floor window in the city of Tolyatti in Russia 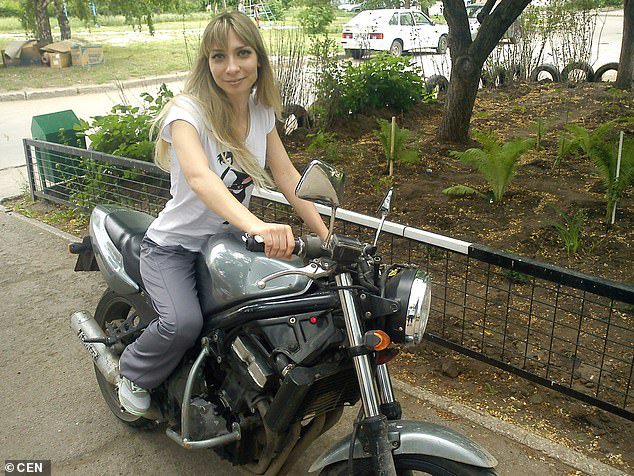 The lifelong neurological disorder also meant the single-mother had to carry her son everywhere.

The bodies of the mother and her child, identified by local media as Misha, were found near their block of flats at around 10 pm.

A neighbor told local media: ‘She did not have a wheelchair and always had to carry him (Misha) in her arms.

‘She always cuddled him. She was calm and never shouted at her son. She also never complained about anything. 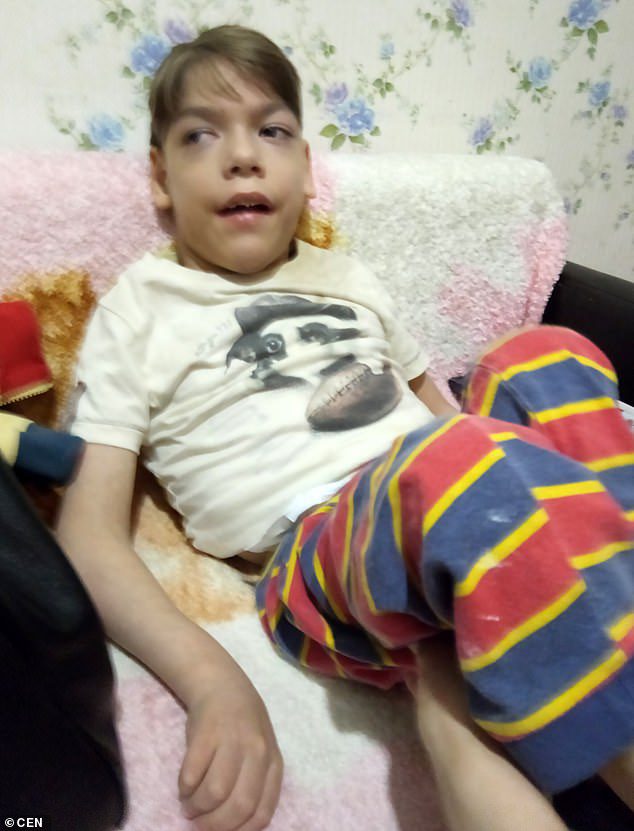 The single mother and her son, identified by local media as Misha, were found near their block of flats at around 10 pm 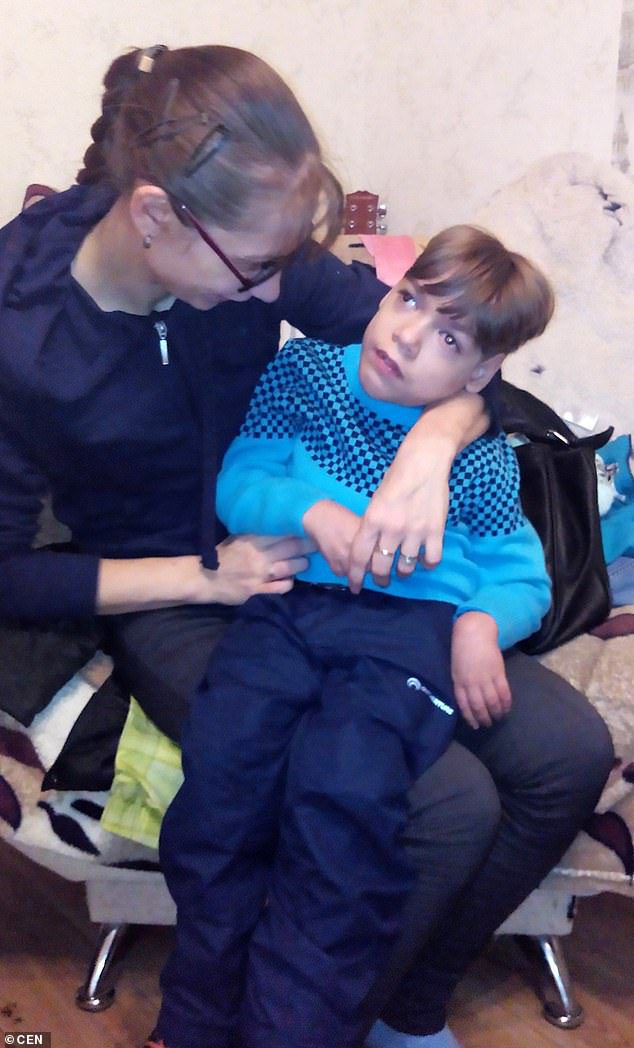 According to reports, Ms. Oldenburg’s financial situation meant that she had to carry her son everywhere

‘I think she could not handle the enormous burden.’

A female shop attendant, who was one of the last people to see the single-mother, said: ‘I saw her buying some food earlier that day. She was upset about something.’

According to reports the 30-year-old mother lived alone with her son and did not have close friends.

Police are now investigating the incident.