Home
Food
What Is Ube And Why Is This Purple Sweet Potato So Trendy?

Right now, it seems that violet-colored desserts are all the rage on Instagram. Purple ice cream, brownies, and macarons (and sometimes all three combined!) have become the star of many a food photoshoot. The gorgeous hue is due to one ingredient: Ube! So, what is Ube? And is it as good to eat as it is to look at? Read on for everything you need to know about this trendy ingredient.

What is an Ube?

The Ube is a purple yam originally from the Philippines. It’s essentially a bright purple sweet potato with an even sweeter, more mellow taste than its orange relative with a slightly nutty, vanilla taste. It’s popularly used in desserts in Filipino cuisine, often boiled and then mashed with condensed milk. 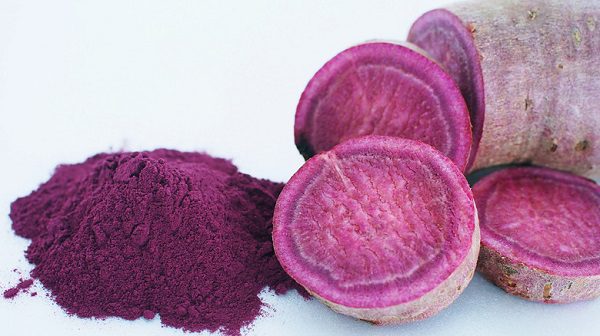 One of the most understated desserts on this list, ube is a perfectly sweet flavor for those who want their dessert without being too saccharine. It has notes that could be compared to vanilla and almond milk – not quite as strong but still present enough so you know it’s there! A perfect balance between flavors- nutty with just enough sweetness makes UBES any day better. 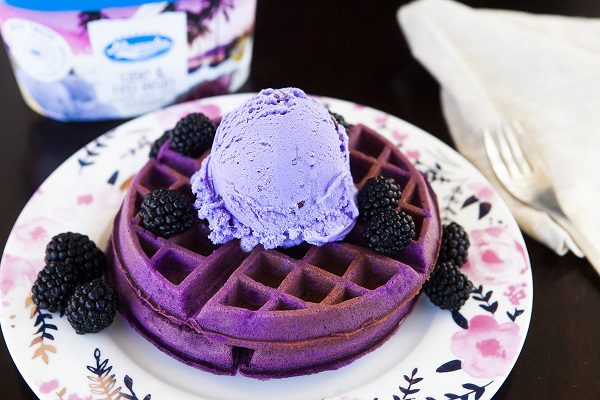 Ube or purple yam as it’s commonly called in the Philippines is a root vegetable that can be enjoyed any time of day. This sweet-tasting veg offers a delicious and creative way to add some flavor to your dishes while still keeping things light! Use ube mashed on its own at breakfast as seen in the ube waffle recipe alongside some fresh fruit – you won’t regret giving this gem from our friends down under tryouts!

Ube has a similar nutritional profile to the good ol’ sweet potato, meaning that it’s high in healthy carbs, vitamins, and fiber. The purple variety was even recently shown to have extra-high levels of antioxidants, which can promote overall health. However, that doesn’t mean you should go wild on ube-centered desserts. The health benefits of ube often don’t outweigh the other ingredients commonly added to desserts, including high amounts of sugar and fat. All that is to say, enjoy ube-flavored desserts in moderation, as you would any other sweet treat.

WHY IS UBE SO TRENDY RIGHT NOW?

Ube, a purple yam grown in the Philippines and similar to potatoes has been enjoyed for centuries. It’s popularity only grew with time but never as much when it hit stateside shores because of one factor: plant-based diets are on trend right now! The number of people choosing vegan and vegetarian lifestyles has been on the rise over the last decade, as well as diets that aren’t entirely plant-based but still put an emphasis on clean eating. For this reason, general interest in more diverse produce is increasing–you know because Brussels sprouts can get old pretty quickly! And chefs are getting creative by sharing dishes via social media influencers who reflect current culinary trends for what’s hot now – think broccoli or kale chips with dips (yum!). Speaking of social media, it doesn’t hurt that ube is a photogenic beauty! The brightly hued fruit has become commonplace to snap and post an Insta-worthy picture of your food before you pick up your fork.  (Case in point: this ube tres leches cake courtesy of Coterie member Nastassia Johnson is almost too pretty to eat.) 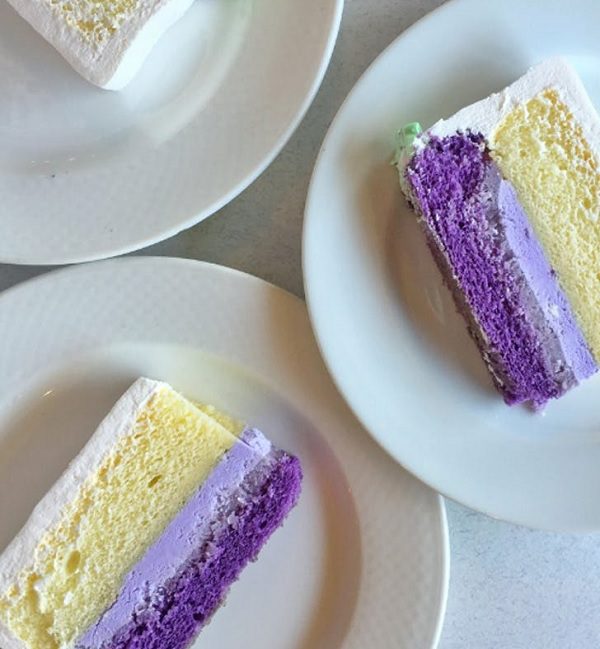 WHAT’S THE DIFFERENCE BETWEEN UBE AND TARO?

It sounds like taro and ube are two pretty different vegetables, but just take a look at their similarities! Taro has a much more neutral taste than its purple counterpart. It also doesn’t have any sweetness to it—a creamy nutty flavor with only a hint of sugariness in there for good measure! A great way to enjoy these dishes would be on top of your morning oatmeal or as part of the side dish selection during dinner time. 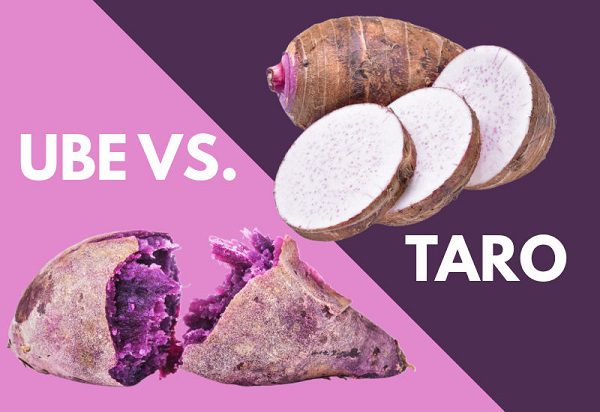 Although taro is delicious, the fact that it isn’t blowing up your social media quite as much as ube points to yet another difference between them. Indeed – while both are great tasting and filling (and good for you!), their colorings set them apart! Although there are varieties of taro that have purple-flecked skin and a faint purple tinge to the flesh, you won’t find the kind of bold hue that’s characteristic of the ube’s interior; in fact, the meaty part of taro is usually milky white or beige. The takeaway? Ube and taro are both great options but if you’re looking for a little extra sweetness on your plate, ubes will be the way to go.