A teacher who learned to greet her pupils in the 35 languages spoken at her deprived inner city school has been named the best teacher in the world.

Andria Zafirakou, 39, was selected from thousands of applicants around the world for her work with migrant children at Alperton Community School in Brent.

And now the art and textiles teacher has won the prestigious fourth annual Varkey Foundation Global Teacher Prize worth one million dollars (£715,000). 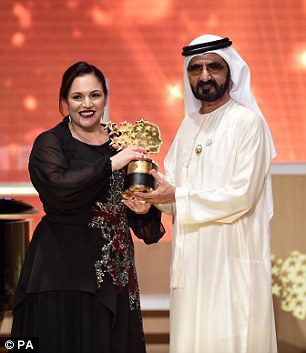 The award honours one exceptional teacher every year who has made a significant contribution to the profession.

Andria beat some 30,000 applicants from around the world to scoop the highly-competitive prize, becoming the first UK teacher to do so.

Her school sits in one of the poorest parts of the UK, and many of her pupils come from crowded homes shared with multiple families. 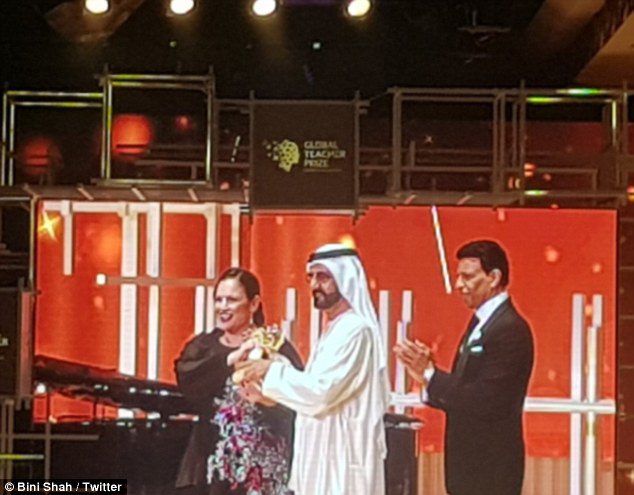 The award honours one exceptional teacher every year who has made a significant contribution to the profession. Andria received her award during a star-studded ceremony in Dubai on Sunday hosted by Trevor Noah of the ‘Daily Show’

The borough also has one of the highest murder rates in the country.

Last year, Canadian teacher Maggie MacDonnell won the prize for her work with Inuit indigenous students in a remote and isolated Arctic village.

Andria received her award during a star-studded Oscars-style ceremony in Dubai on Sunday hosted by Trevor Noah of the ‘Daily Show’.

The ceremony, at the Global Education and Skills Forum, included a performance by singer Jennifer Hudson.

And the trophy was delivered on stage by Formula One’s Lewis Hamilton.

In her acceptance speech, she said schools should be ‘safe havens’ and called for greater recognition for the value of arts subjects in school. 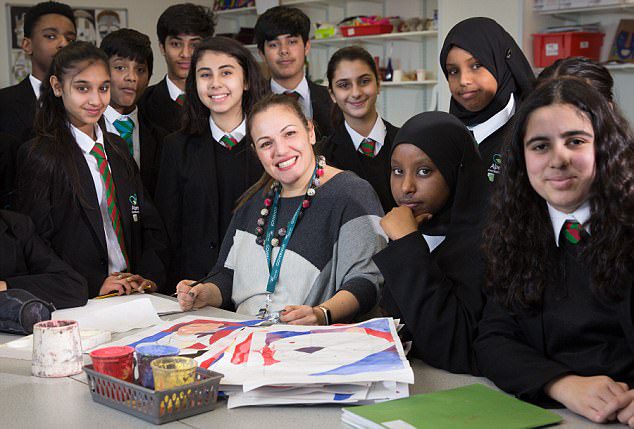 She said: ‘The community where I teach in Brent is beautifully diverse and indeed is one of the most multicultural communities in the world.’

She said many students live in ‘challenging circumstances’ and have ‘tough lives’.

‘What is amazing, is whatever issues they are having at home, whatever is missing from their life or causing them pain, our school is theirs,’ she told the audience.

In a congratulatory video message, Prime Minister Theresa May said the prize was a ‘fitting tribute’ for everything Ms Zafirakou had done for her students.

In a video message, Mrs May said: ‘You have shown enormous dedication and creativity in your work.

‘Being a great teacher requires resilience, ingenuity and a generous heart.

‘These are the qualities that you share with your students every day. So, thank you for all you have done and continue to do.’

A high proportion of the pupils Andria teachers come from migrant families, with some of the parents still getting to grips with English.

A number of her pupils have also been exposed to gang violence, with the borough having one of the highest murder rates in the country. 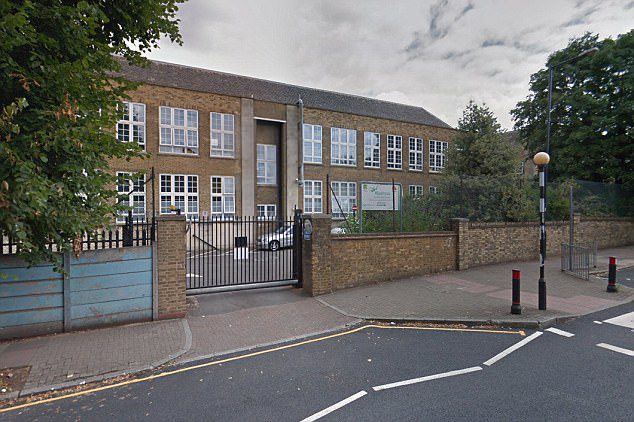 In an effort to build bridges within the school community, she learned the greetings for the 35 languages spoken by her pupils, so she could talk to them and their parents at the gates.

Judges shortlisted her for the annual Varkey Foundation Global Teacher Prize after hearing about how she reached out to families in her diverse community.

Ahead of the ceremony, Ms Zafirakou said she had not allowed herself to consider the possibility of winning the top prize. 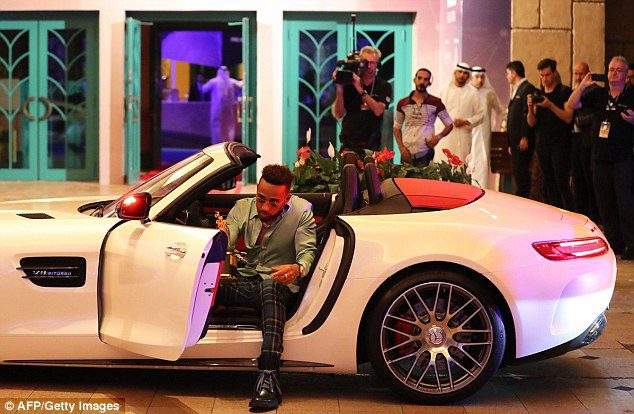 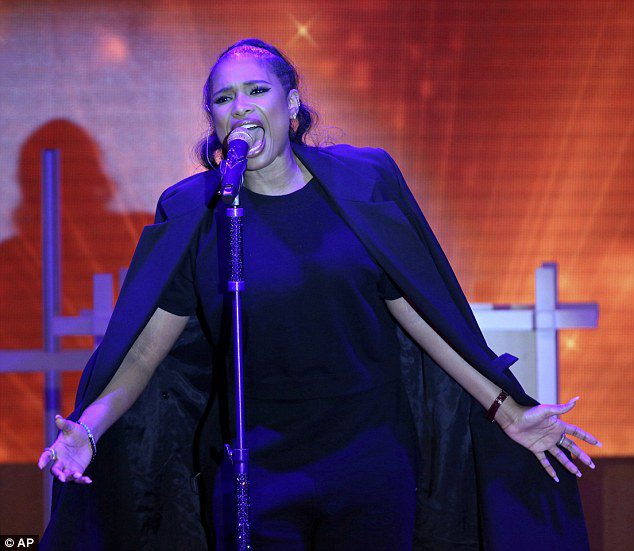 ‘I don’t even want to get my head in that zone yet because it’s just so extreme,’ she said.

‘At the moment, I’m just trying to keep myself grounded and enjoy the ride.’

Miss Zafirakou previously said: ‘If you have somebody who can connect with you and appreciate your background, then that’s special.’

She added that greeting someone in their language ‘helps to break down barriers and enables families to engage more in the school community’. 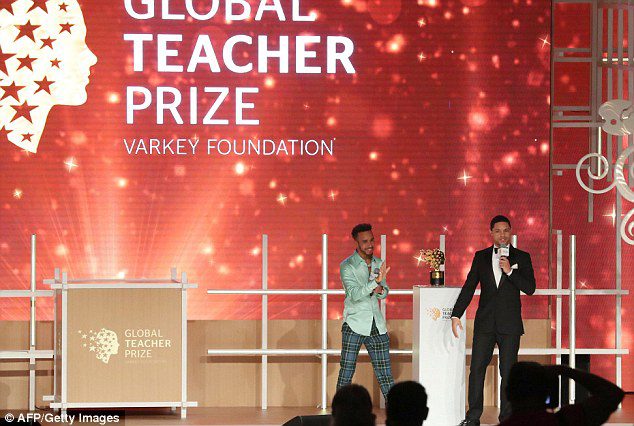 A spokesman for the prize said: ‘Andria has gone against the grain, taking the time to understand student lives beyond school by visiting their homes, riding with them on the bus and sometimes standing at the school gates with police officers to welcome pupils as they arrive at the start of the school day.

‘She has also learned the basic hello-and-goodbye greetings in many of the 35 languages spoken at her school, including Gujarati, Hindi, Tamil and Portuguese, to break down the barriers and crucially help in beginning to establish relationships with their parents, many of whom do not speak English.’ 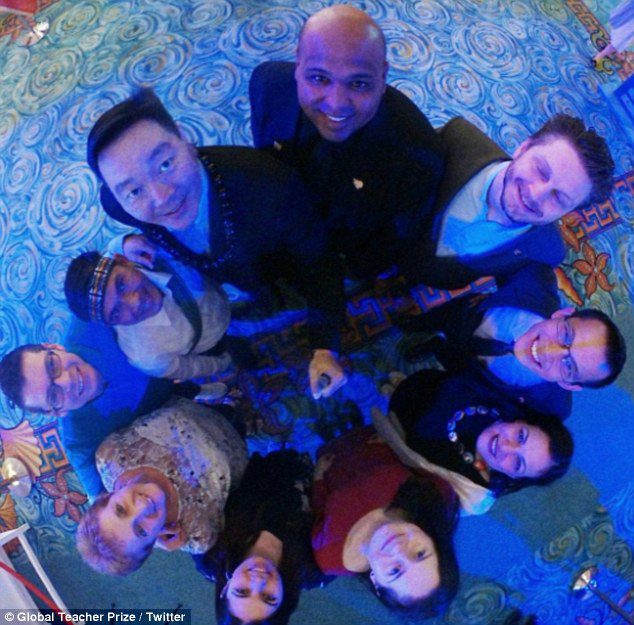 The other finalists, drawn from 30,000 entries from 173 countries, are from Turkey, South Africa, Colombia, Philippines, United States, Brazil, Belgium, Australia and Norway 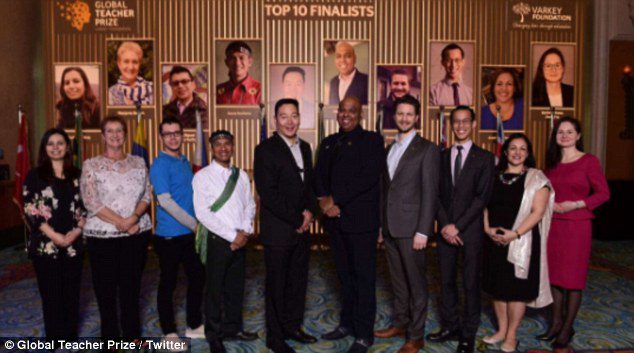 Pictured: the other nine finalists who took part in the prestigious contest

Brent has the largest proportion of black, Asian and minority ethnic (BAME) people in England and Wales, and more than 140 languages are spoken.

As a member of the school’s senior leadership team, Miss Zafirakou redesigned the curriculum to make it ‘relevant’ to her pupil’s lives.

She helped a music teacher launch a Somali school choir and also pioneered girls-only sports so that those from conservative religious communities would be more willing to take part.

In her own art class, she worked with an artist, Armando Alemdar, to inspire pupils to confront and draw upon their complex home circumstances.

As a result, Alperton has now been awarded specialist school status in visual arts.

Her colleagues also credit her with helping the school to win a number of awards and boost pupil performance.

Miss Zafirakou said: ‘By getting pupils to open up about their home lives, I discovered that many of my students come from crowded homes where multiple families share a single property.

‘In fact, it’s often so crowded and noisy I’ve had students tell me they have to do their homework in the bathroom, just to grab a few moments alone so they can concentrate.

‘I also found that some were being forced to play truant to cook meals in the allocated time slot they were permitted to use their shared home kitchen.

‘Others could not participate in extracurricular activities after school because they had to take on parental responsibilities like collecting their brothers and sisters from other schools.

‘Discovering all this prompted me to organise additional provision within the school day and often at weekends to help students have the opportunity to progress. This included giving them access to a quiet place to do their artwork, as well as time to participate in extracurricular activities.’

She was among 10 teachers in the running for the million-dollar teaching prize. 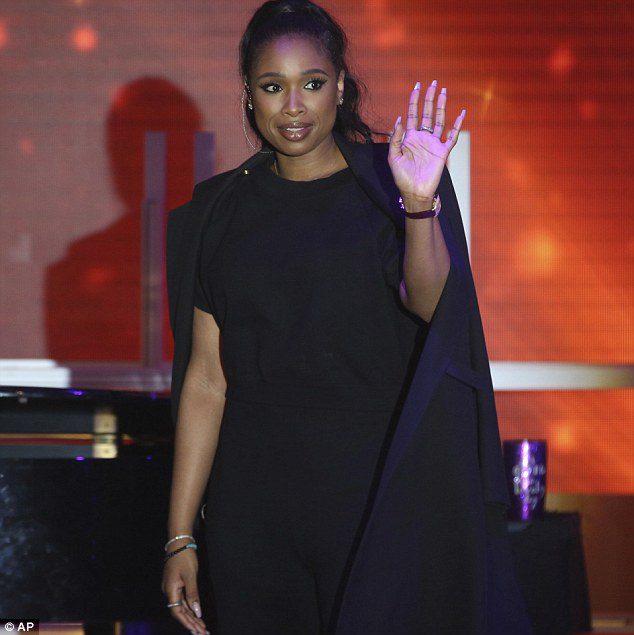 The other finalists, drawn from 30,000 entries from 173 countries, are from Turkey, South Africa, Colombia, Philippines, United States, Brazil, Belgium, Australia and Norway.

The award is presented by the Varkey Foundation.

Its founder, Sunny Varkey, established the for-profit GEMS Education company, which has more than 250 schools around the world

As well as receiving the one million US dollars (around £715,000) she will be asked to serve as a global ambassador for the foundation.

She will be required to remain working as a classroom teacher for at least five years and will be paid the prize money in equal instalments.