A teenager who lost a staggering 63 kilograms in order to fit into a figure-hugging formal dress has revealed how she has kept the weight off for the past two years.

At her heaviest, Josie Desgrand, from Queensland, tipped the scales at 127kg. She was 16-years-old at the time and was struggling with constant bullying.

A year later she silenced her worst critics, stepping out in a gorgeous red gown which revealed her svelte 60kg physique – the result of a decision to embrace a healthier life.

‘I do not see this as a diet to lose weight, I see this as my new lifestyle change,’ Josie, now 18, captioned a recent before and after photo. 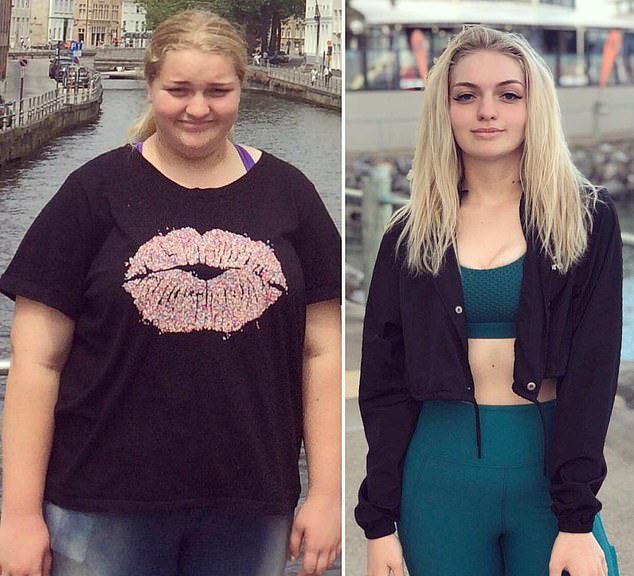 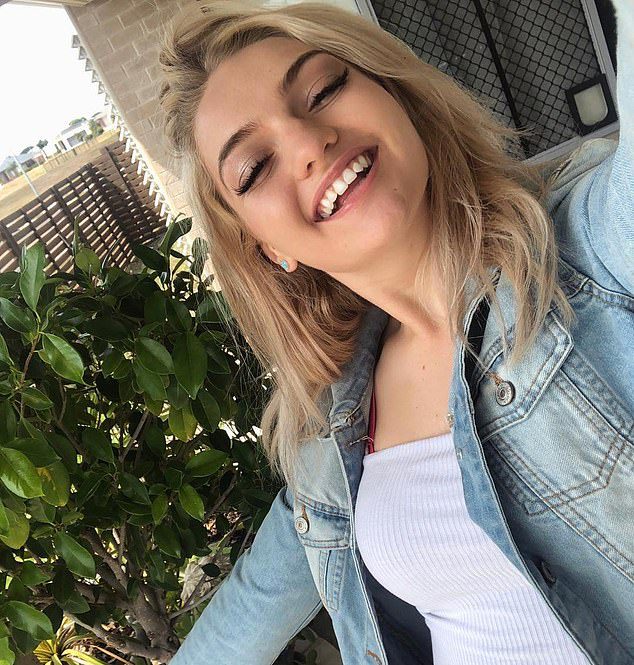 ‘I stuck to a low carb, no sugar diet for TWO WHOLE years. I began to eat natural sugars about six months into my journey. In the first 12 months I lost 63kgs,’ Josie revealed.

During the early stages of her body transformation Josie did minimal exercise but now she said is committed to working with a personal trainer.

Her fitness routine currently consists of three to four gym sessions a week, and her focus has been on toning muscle. 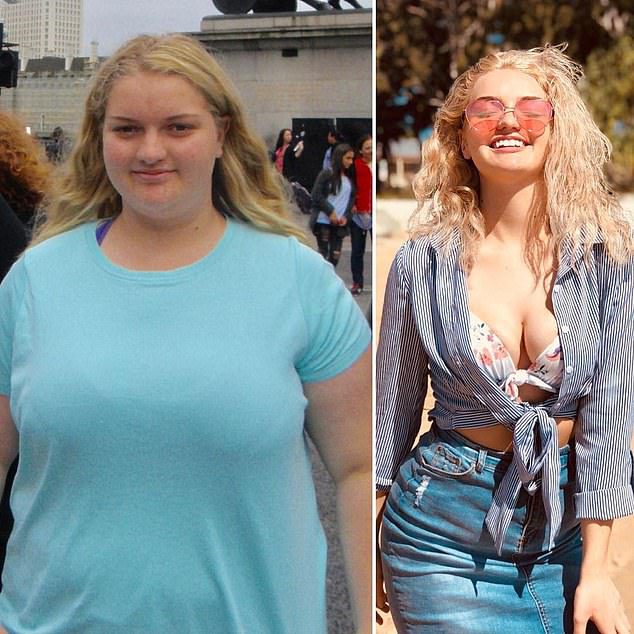 During the early stages of her body transformation, Josie only exercised minimally, however, she’s now committed to working with a personal trainer

And while the results of her dedication are clearly evident, Josie the past two years hadn’t been without their share of obstacles and challenges.

‘In these two years I have faced some very difficult challenges but I have chosen to pick myself up and keep moving,’ she admitted.

‘Everybody has bad days, never let a stumble be the end of your journey. Stay positive.’

Josie – who struggled with bullying at high school because of her weight – has previously spoken out about how that experience left her self-confidence in tatters. 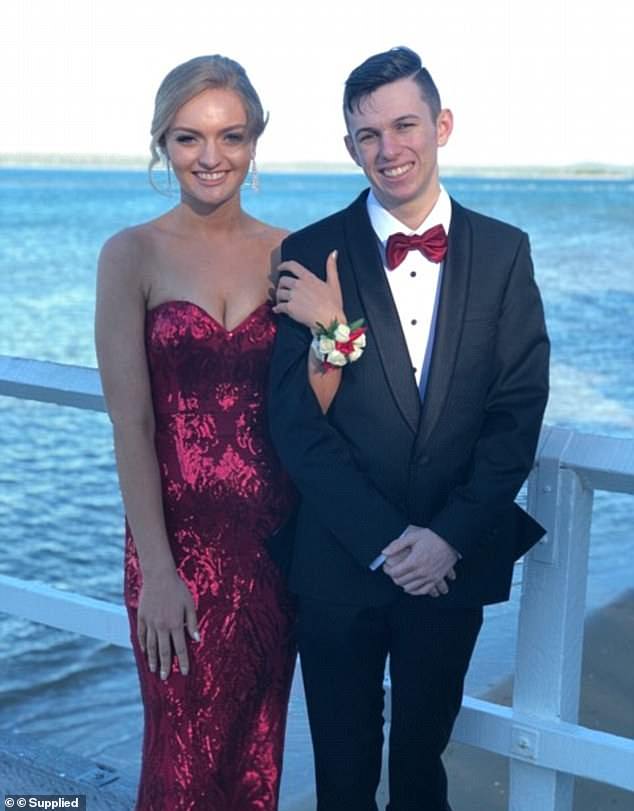 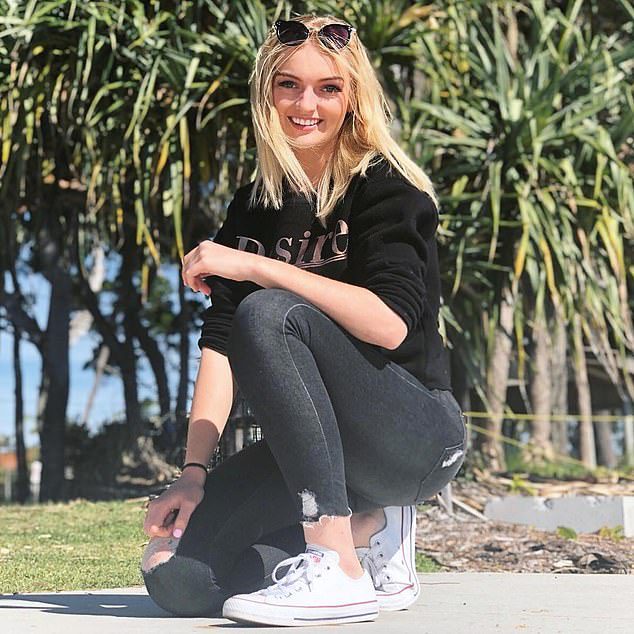 ‘I hated myself and the way I looked. I didn’t have any friends and I just didn’t like going out in public.’

She said before overhauling her lifestyle she had made attempts to diet in order to shed unwanted weight, however, nothing had worked.

‘Before losing weight I would constantly eat bread and wraps, ate huge portions and went back for seconds and thirds all the time,’ Josie told Daily Mail Australia.

She said her situation was so distressing, that at one point she had even considered turning to surgery as a way to lose weight. 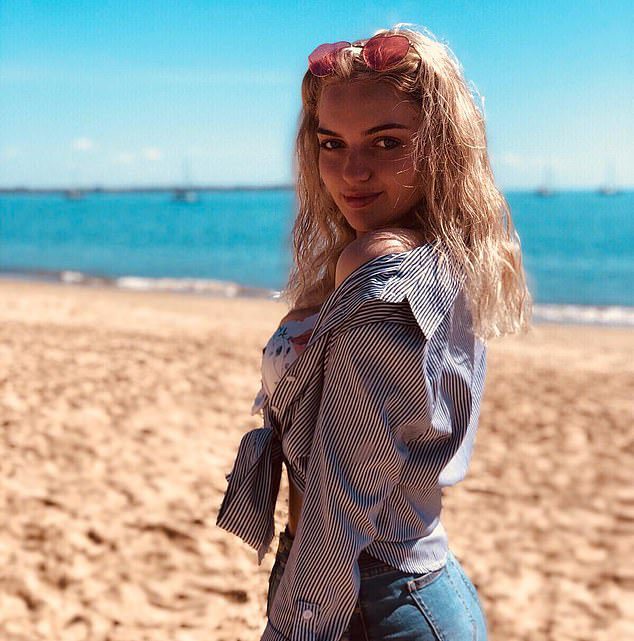 ‘Before losing weight I would constantly eat bread and wraps, ate huge portions and went back for seconds and thirds all the time,’ Josie said

Since losing 60kg, a process which took just 12 months – Josie has gained a legion of fans who she continues to inspire.

‘I’ve been so honored to have inspired other people and help motivate them throughout their journey’s as others did for me,’ she captioned another post.

The 18-year-old, who plans to write a book about her weight loss experience, has also recently created an online meal planner to help others on a similar journey.

‘I know now, without doubt, that diet is the number one factor in weight loss,’ Josie wrote as part of an online blurb.

She explained the meal planner – one that replicated what she ate for the first few months of her journey – was created in response to numerous requests by fans. 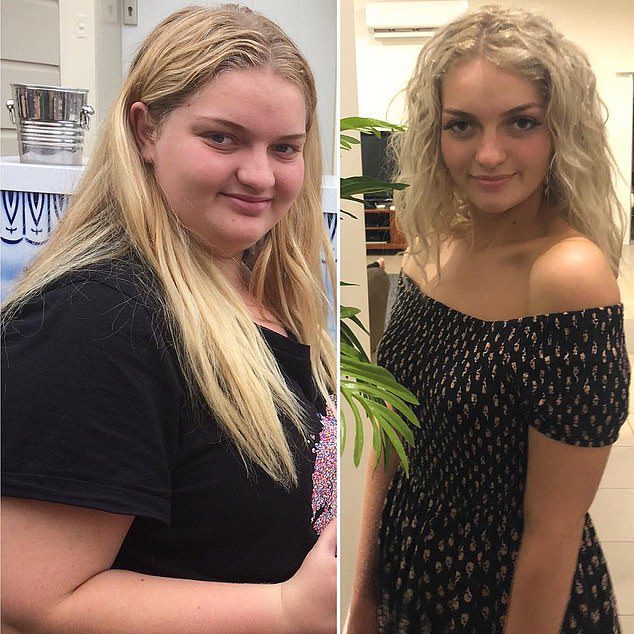 Since losing 60kg, a process which took just 12 months – Josie (before and after) has gained a legion of fans who she continues to inspire.

Her advice to others who may be also struggling is to not view her transformation as a diet, more it’s a lifestyle change.

‘I don’t see it as a diet now, I see it as a lifestyle. The first two weeks of eating healthy were so difficult but now it’s easy for me,’ she told Daily Mail Australia.

Josie’s mother Catherine says she is delighted her daughter has found a way to transform her life and become an inspiration to others.

‘There’s no better feeling watching my daughter turn her life around like this – and she’s had so many teenage girls reach out to her too and look at her as a source of inspiration.’