Muslim protests in India are calling for a boycott of Pampers products after claiming to have seen the word ‘Mohammed’ in the face of a cartoon cat which appears on its nappies.

The lines illustrating the whiskers, nose, mouth and left eye of the smiley feline allegedly bear a close resemblance to the Prophet’s name when written in Arabic or Urdu.

The image on the hygiene product has been branded an ‘insult’ to Islam by critics, and protesters have staged ‘Pampers burnings’. 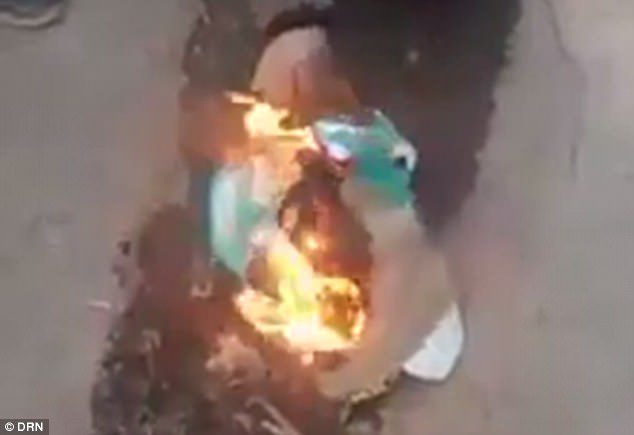 Upset: Protesters burn Pampers nappies on the streets of India to protest an illustration of a cat on one of the products which it says is offensive to Islam

Offending: Part of the face of the cat on the nappy, left, allegedly resemble the Prophet Muhammed’s name when written in Arabic, right

Activists from the Islamic group Darsgah Jihad-o-Shahadat yesterday lodged a formal complaint about the nappies at Dabeerpura Police Station in Hyderabad, reports the Deccan Chronicle.

In a letter to police, the group said Pampers – owned by US multinational Procter & Gamble – had ‘hurt the feelings’ of the Muslim community and called for the products to be taken off the shelves immediately.

It stated: ‘Even with (the) bare eye it is been identified that the name of Prophet (PBUH) can be seen printed on it in Urdu/Arabic.’ 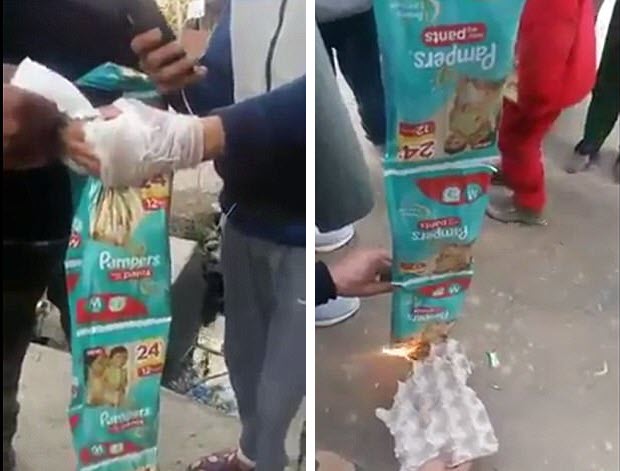 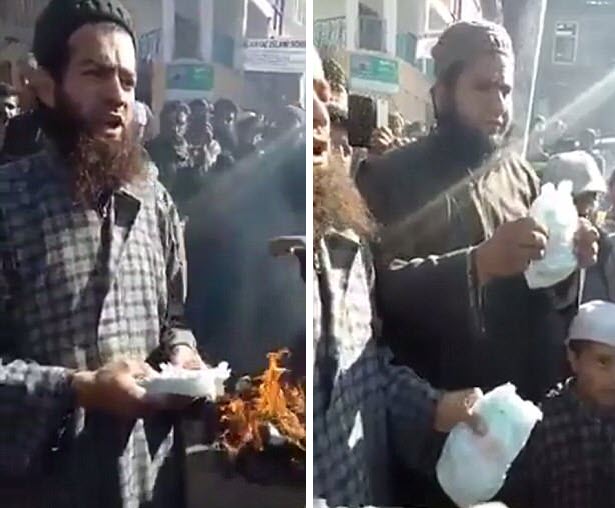 Fuming: One video shows several angry men holding up Pampers nappies next to a burning pile of Pampers products

The Prophet Mohammed, it added, was a ‘holy personality in Islam’ and the ‘disrespect cannot be tolerated’.

The letter went on to say: ‘Arrest them and punish them.’

Some social media users joined in the calls for a Pampers boycott, while others insisted the cartoon was just an innocent drawing of a cat which had been taken out of context.

Nasar Alam Khan wrote: ‘Please request every Muslim brother and sister to boycott this product. It’s the only way to prove our strength and the love for our Prophet.’

Imtiyaz Naikoo commented: ‘Please grow up. It’s a cat with two eyes and a mustache.’ 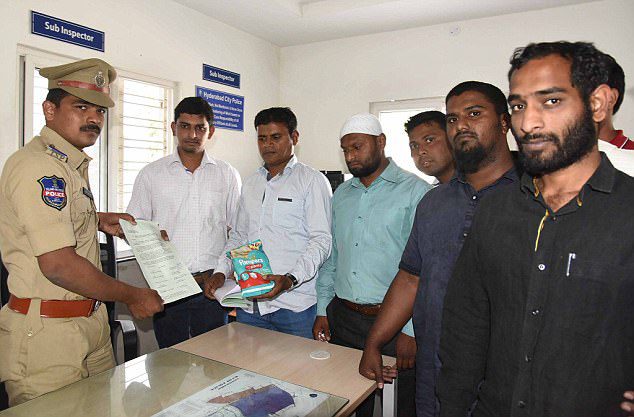 Protest: Activists from the Islamic group Darsgah Jihad-o-Shahadat yesterday lodged a formal complaint about the nappies at Dabeerpura Police Station in Hyderabad 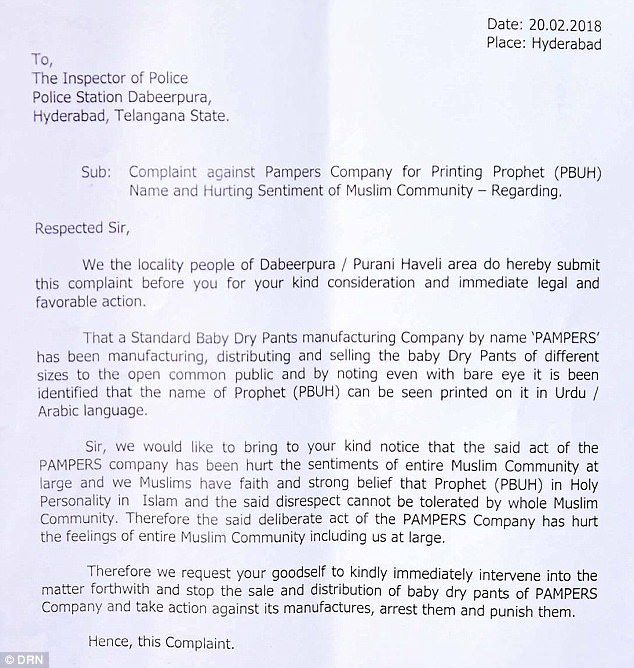 Azam Shariff said: ‘Maybe it’s the fault of the creative team but whatever the case is, directly or indirectly, it’s manifesting the name of (our) holy Prophet.

‘That is a sheer desecration, it’s insulting. Don’t use the products until they change this until they apologize.’

Amina Wani Choudhury added: ‘Anything that is in your mind you can see or imagine because it’s in your mind, not on diapers.’

On its website, Procter & Gamble states Pampers is its biggest global brand and has ‘served millions of babies since its launch in the Arabian Peninsula’.