Home
In The News
What Does Hashtag SOS Cuba Mean?

The streets of Havana were filled with protesters on Saturday morning, as Cubans took to the protest in an effort at bringing attention back onto themselves and their needs. The Cubans are marching in the streets to protest shortages of food, basic needs, and COVID-19 vaccines. This is one of the biggest anti-government demonstrations. 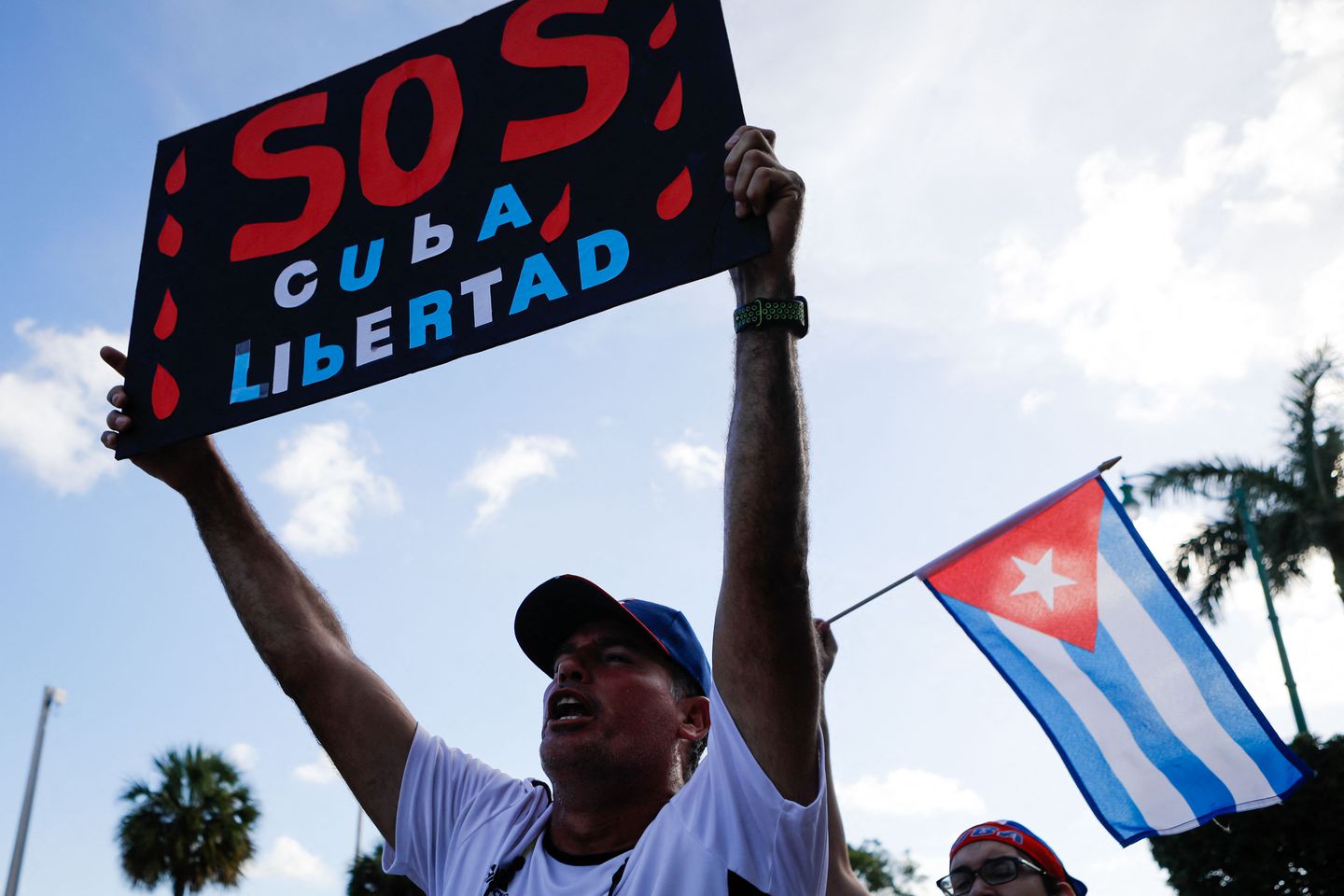 In the wake of COVID-19, life in Cuba is becoming a daily struggle for those still fighting to survive. With limited medical supplies and higher mortality rates due in part because there isn’t enough treatment available. Cubans have taken it upon themselves to share their experiences with the world. They are using social media hashtags like #SOSCuba in order for people all over can see what life is really like there right now!

What does “SOS Cuba” mean?

The people in Cuba have been sounding off with chants saying “No tenemos miedo” (We are not afraid) and “Queremos libertad!” (We want freedom!) through different areas of Cuba on Sunday, July 11. 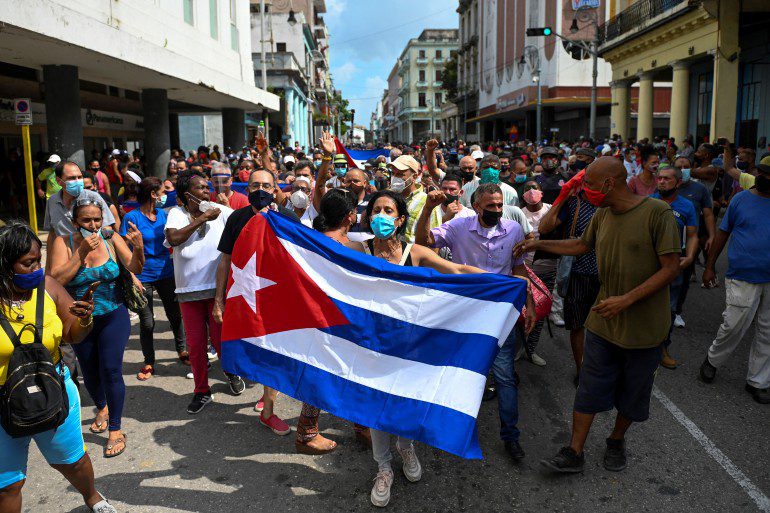 In a desperate call to garner international attention and solidarity, tens of thousands of protestors took part in marches across Havana. They used the hashtag “#SOSCuba” on their posts as they voiced frustration with Cuba’s repressive communist government that has been failing them for too long now.

Demonstrators’ tried their best to broadcast the protest live on cell phones, But Cuban authorities shut down internet service in order for them not to be able to use social media platforms. 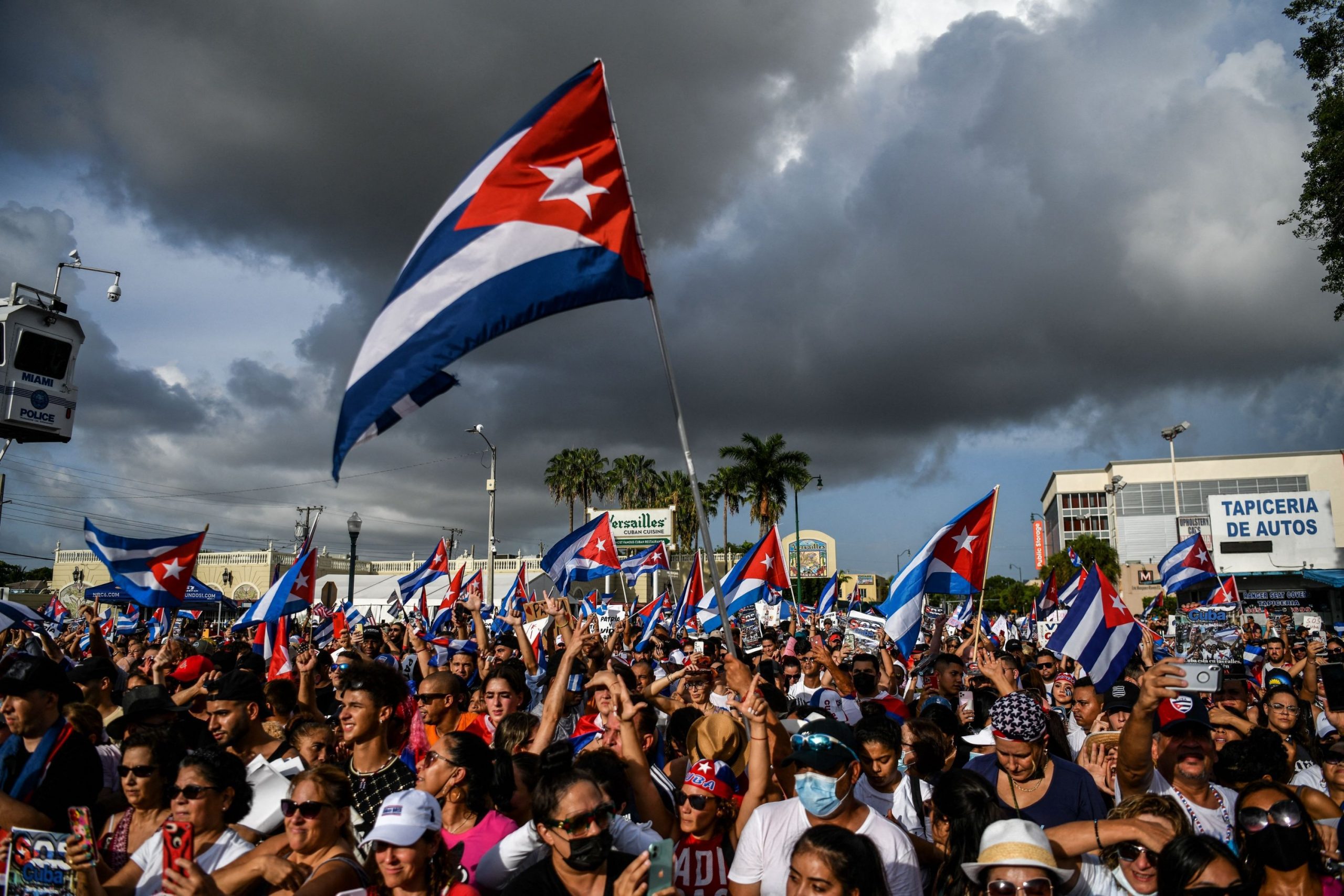 The protests grew across big cities and small towns in Cuba despite being charged by police officers. President Miguel Díaz-Canel blamed Cuban Americans for orchestrating what he called “a coup” against the government. He said, “As if pandemic outbreaks had not existed all over the world, the Cuban-American mafia, paying very well on social networks to influencers and YouTubers, has created a whole campaign … and has called for demonstrations across the country.” 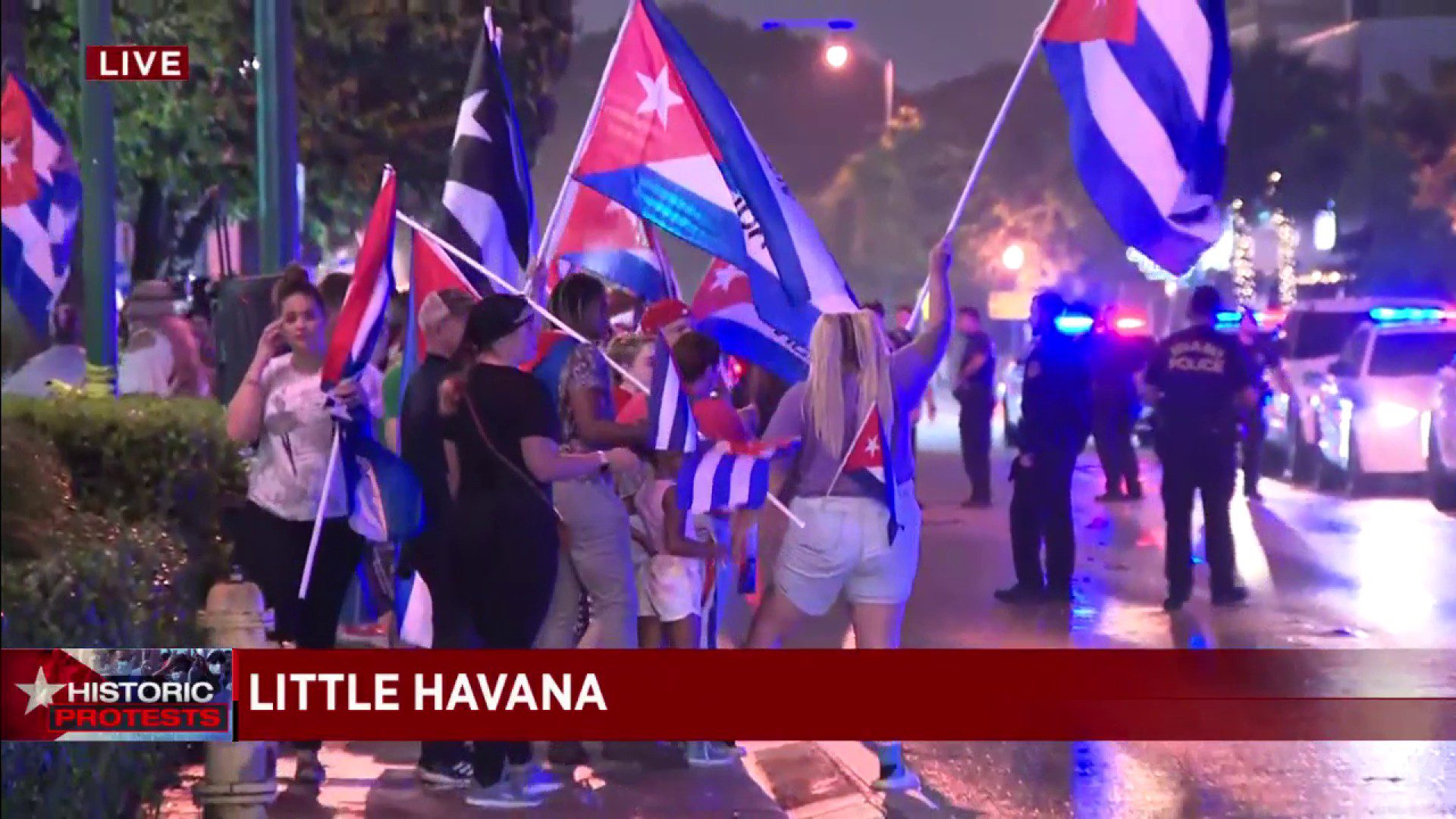 Latin Americans in the United States took to Miami’s Little Havana and New York City’s Times Square to march in support of the Cuban people while others spread the message on social media to their millions of fans. “Havana” singer Camila Cabello wrote on her Instagram: “Hey guys, there is a major crisis right now in Cuba and we need your help to spread awareness. Deaths from COVID are rising rapidly and because of the lack of medicine, resources, basic necessities, and even food, many people are dying.” she added, “Right now, there are simultaneous protests in more than five cities in Cuba. Our brave people took the streets to protest for this humanitarian crisis and the people of Cuba need our help urgently. Please spread this message by posting #SOSCuba to your feed to help bring awareness and support to my people.” 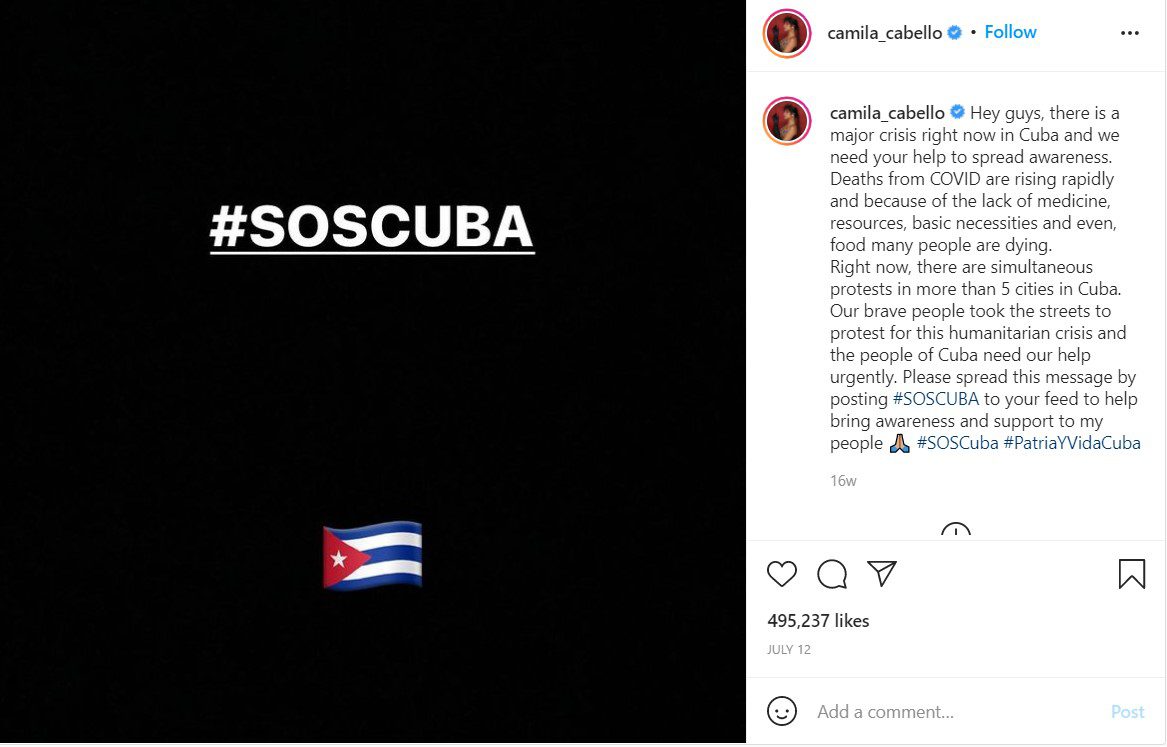 Another proud Cuban and Miami resident, Gloria Estefan hashtagged her Instagram post #SOSCuba. She wrote: “Quiero mi Cuba libre. The Cuban people are reaching their breaking point! I stand with them as I always have!”